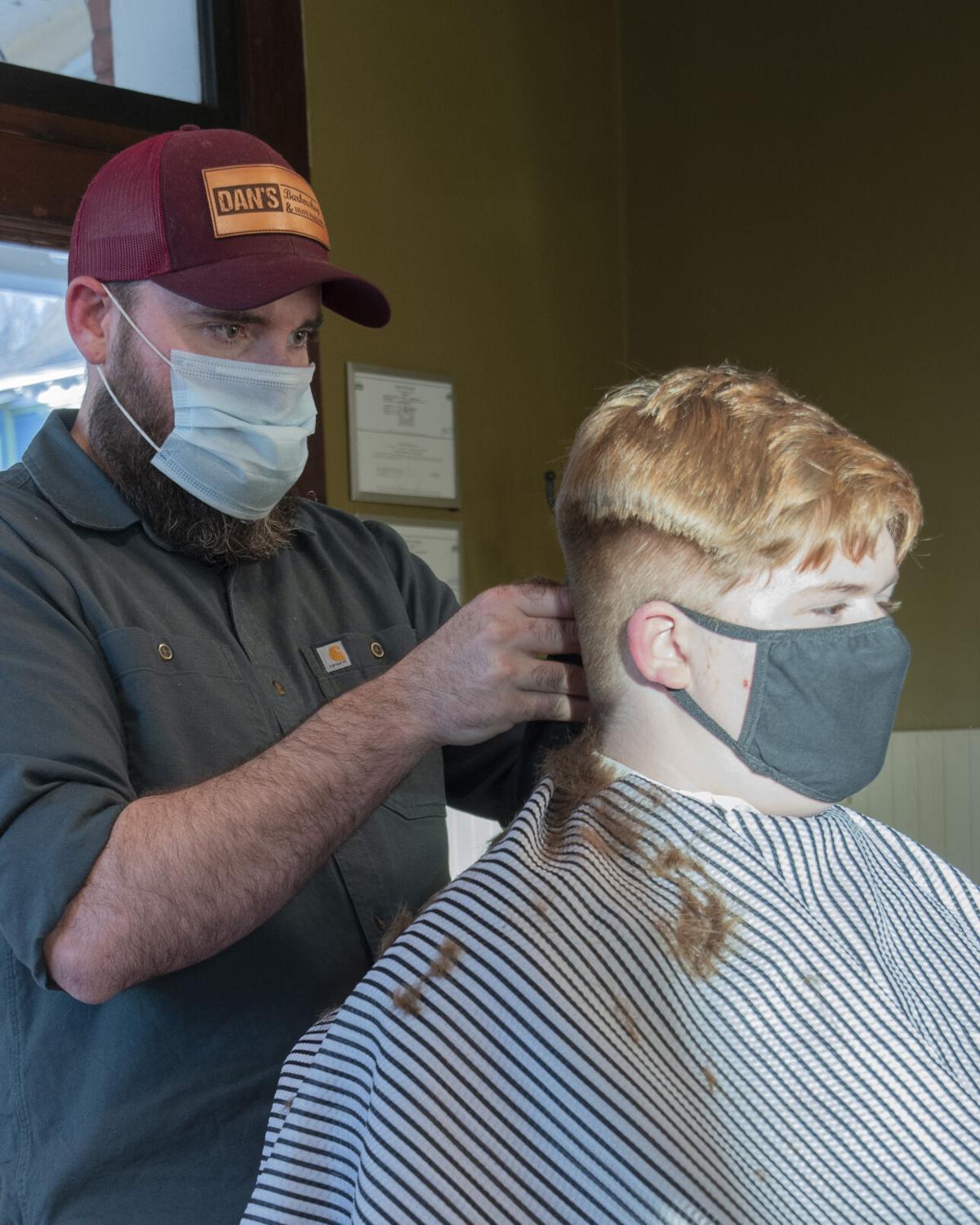 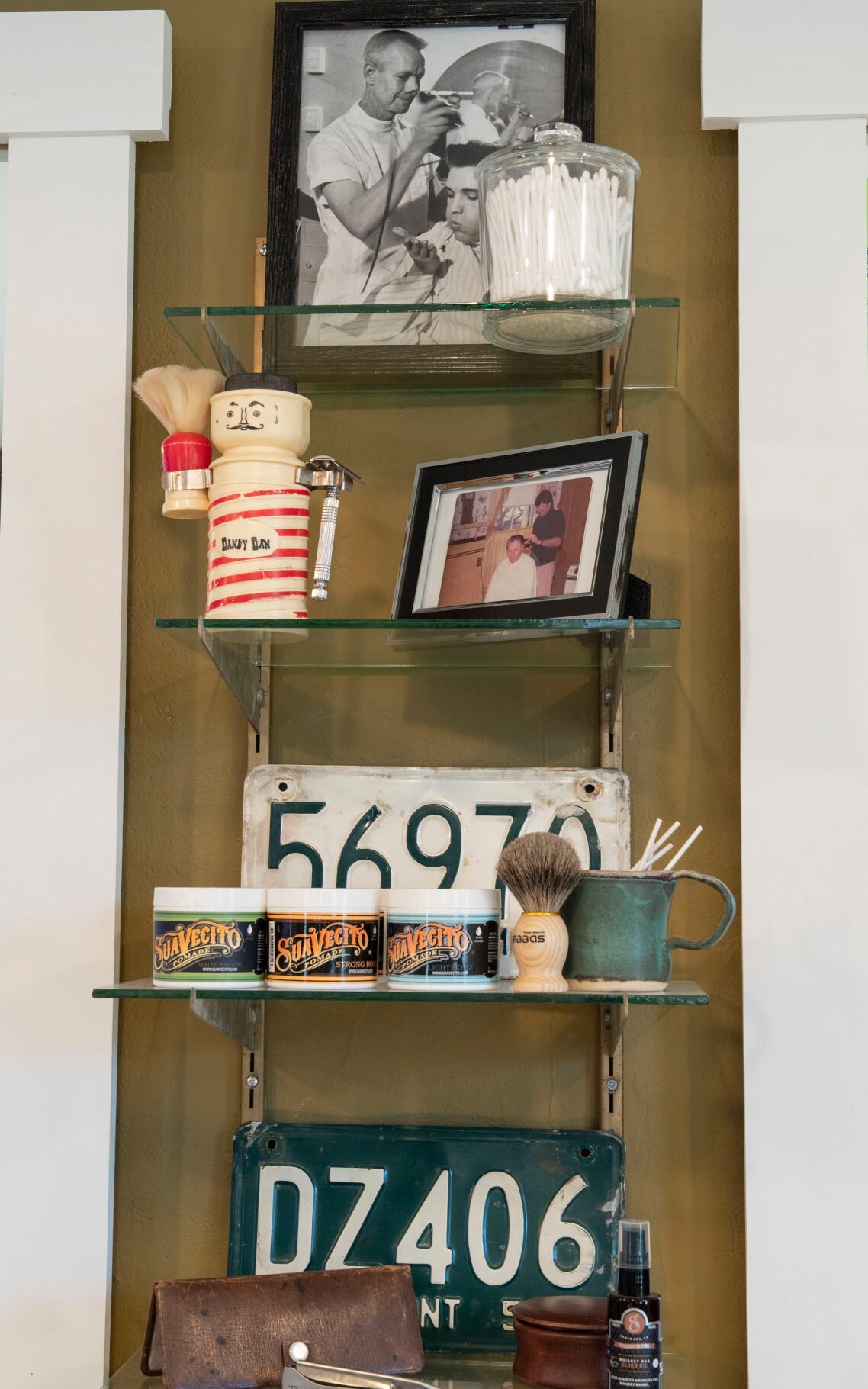 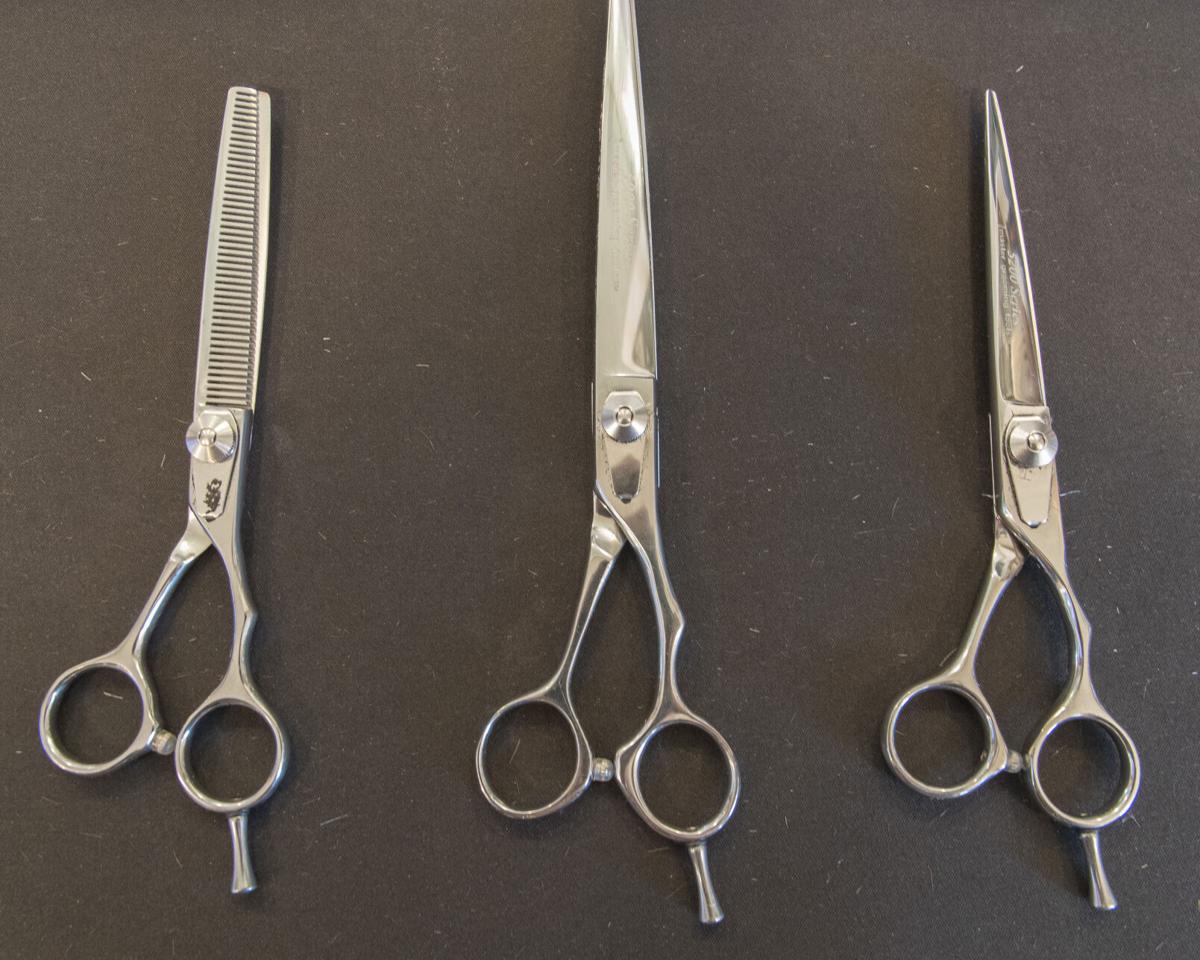 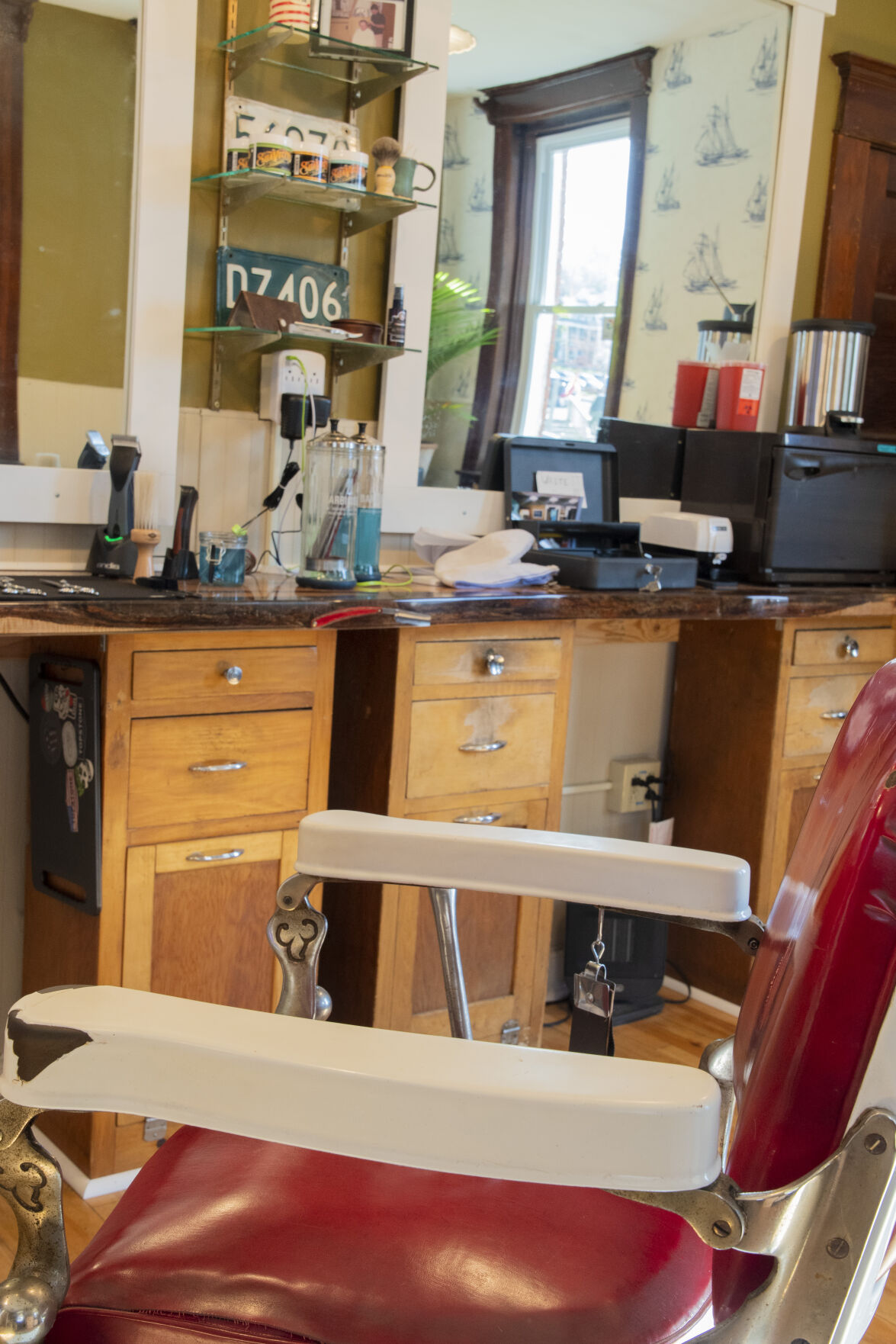 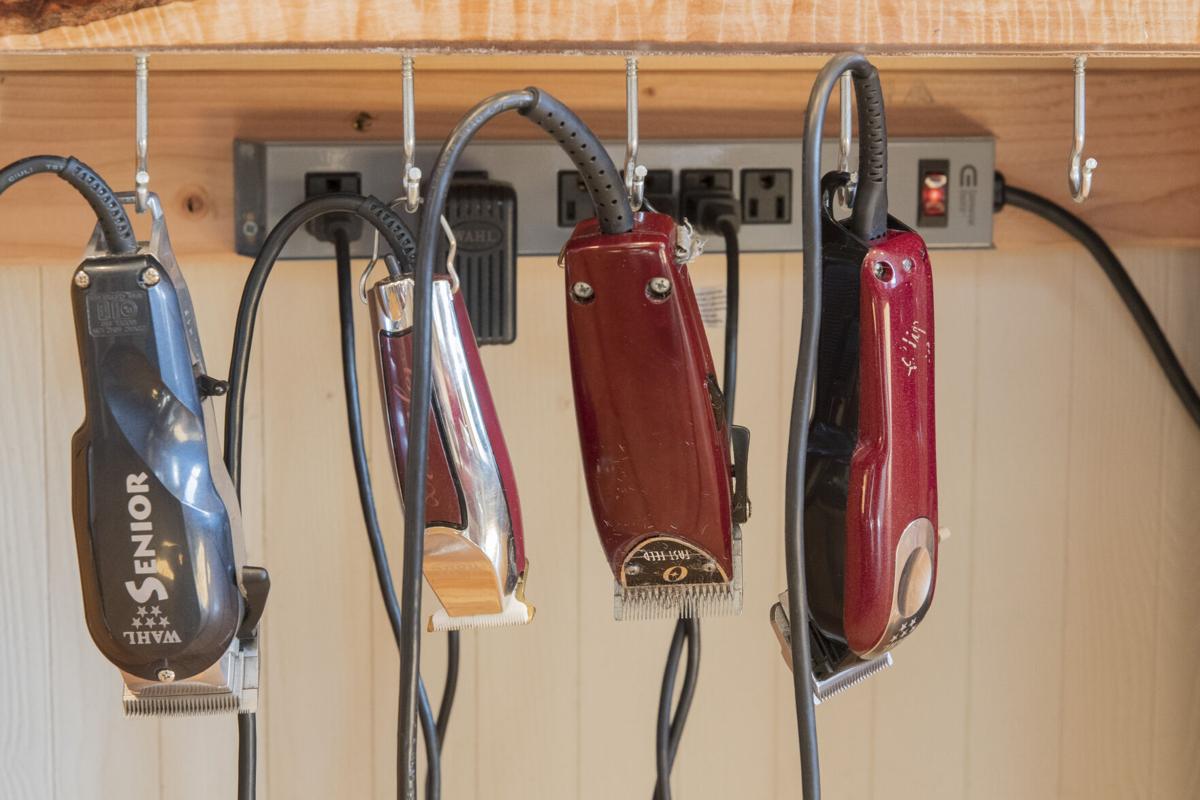 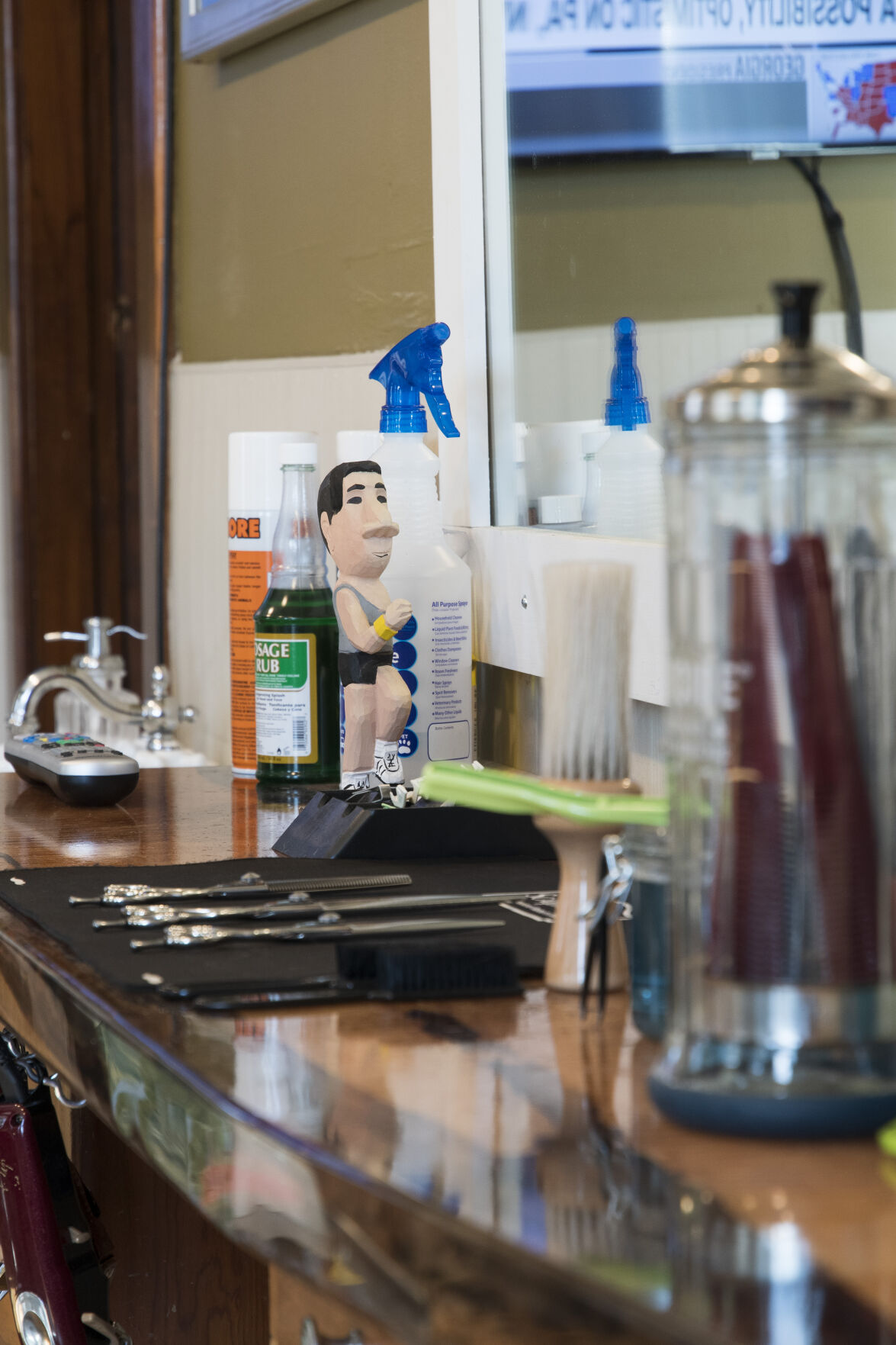 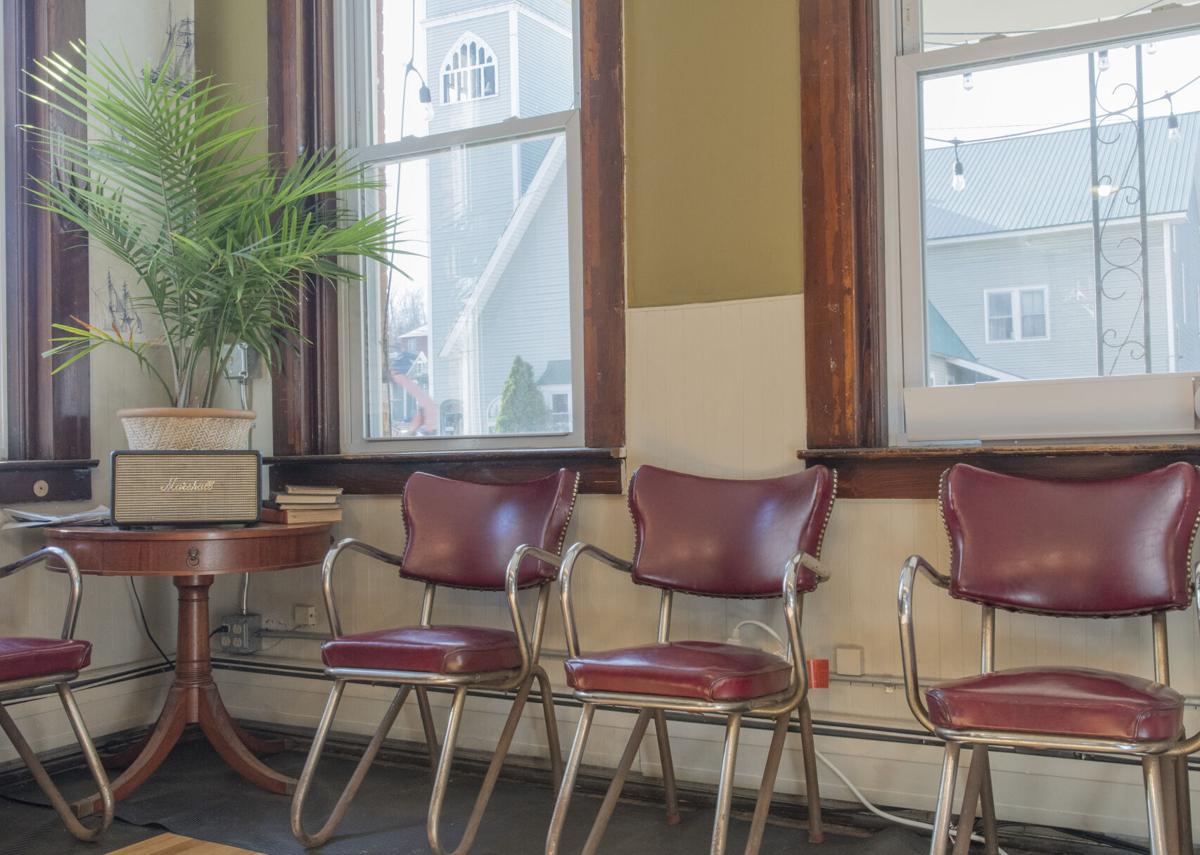 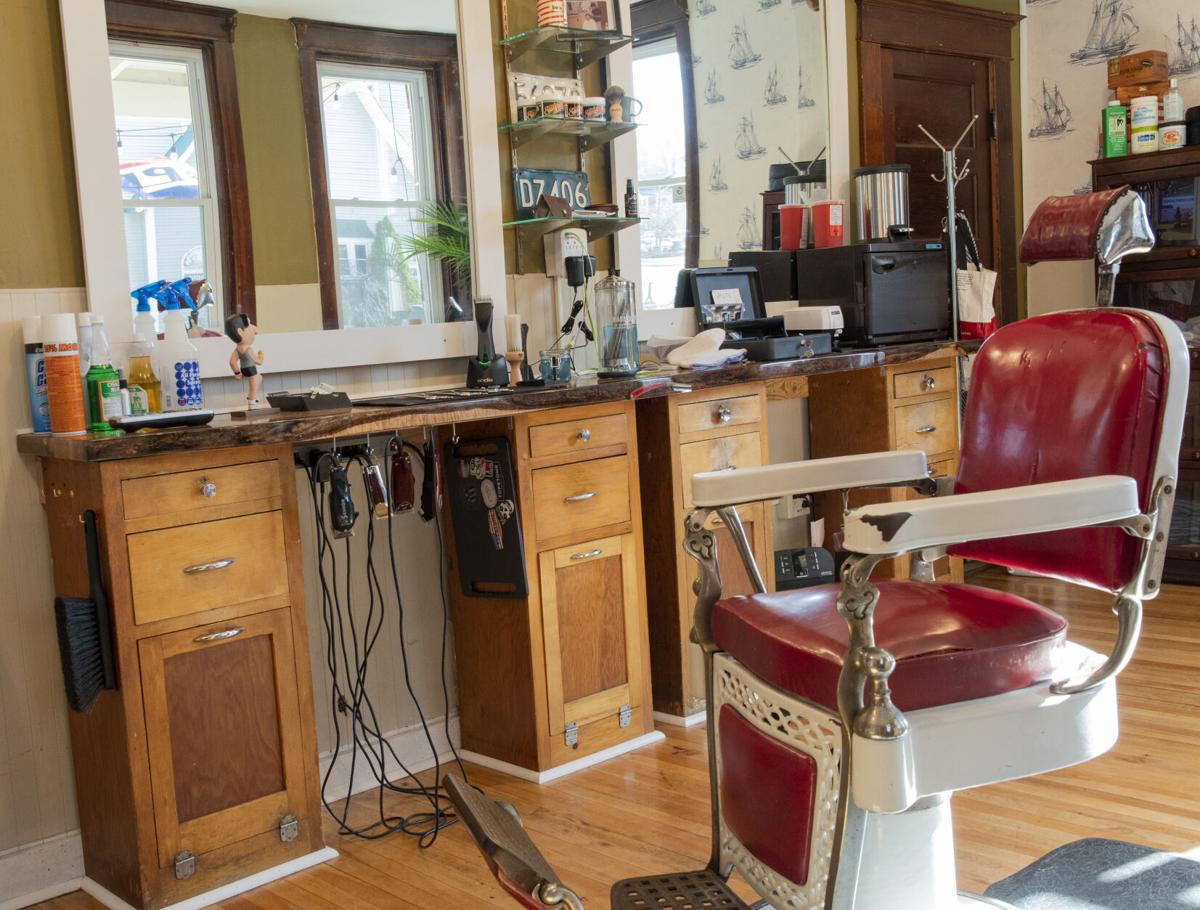 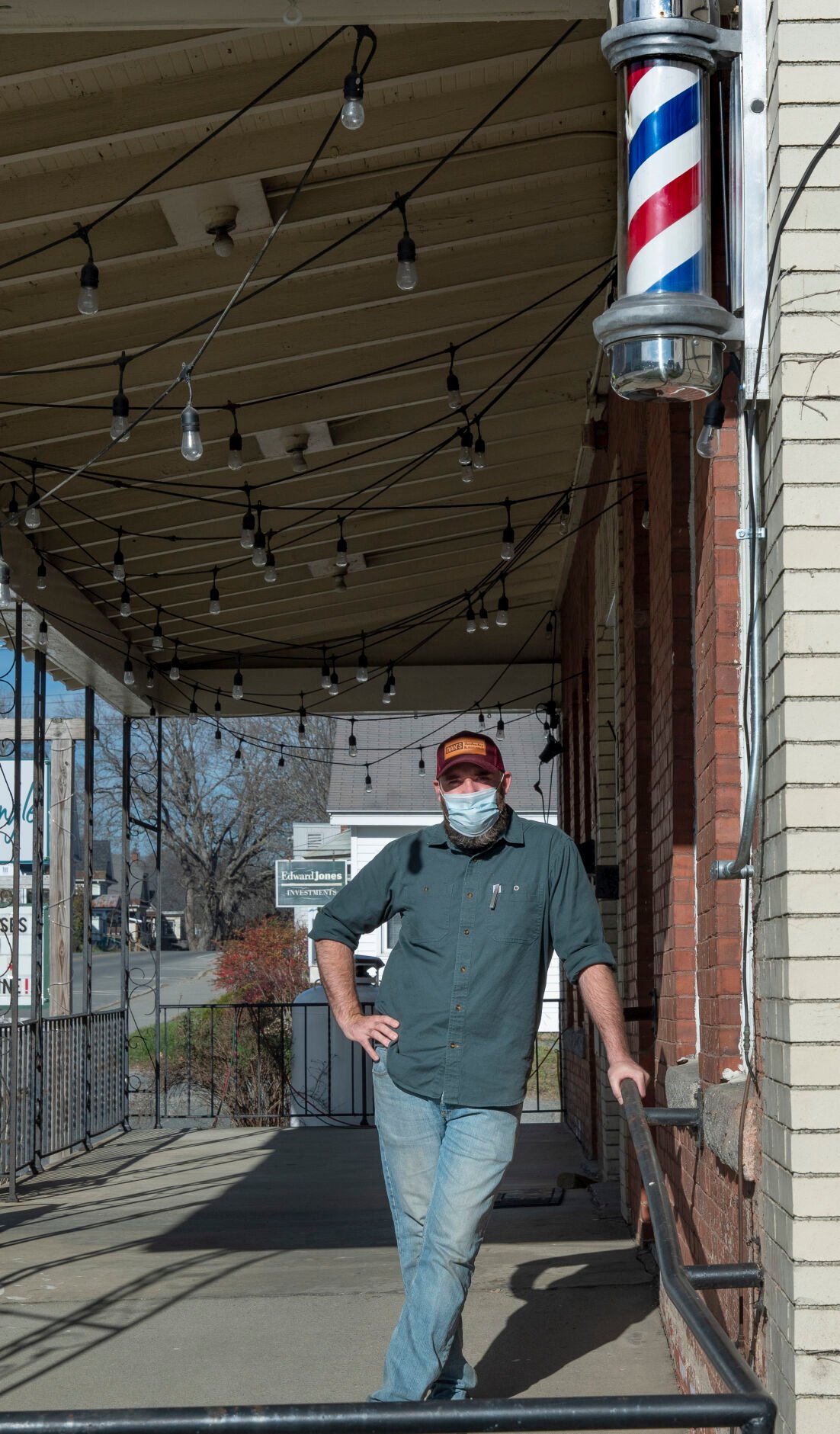 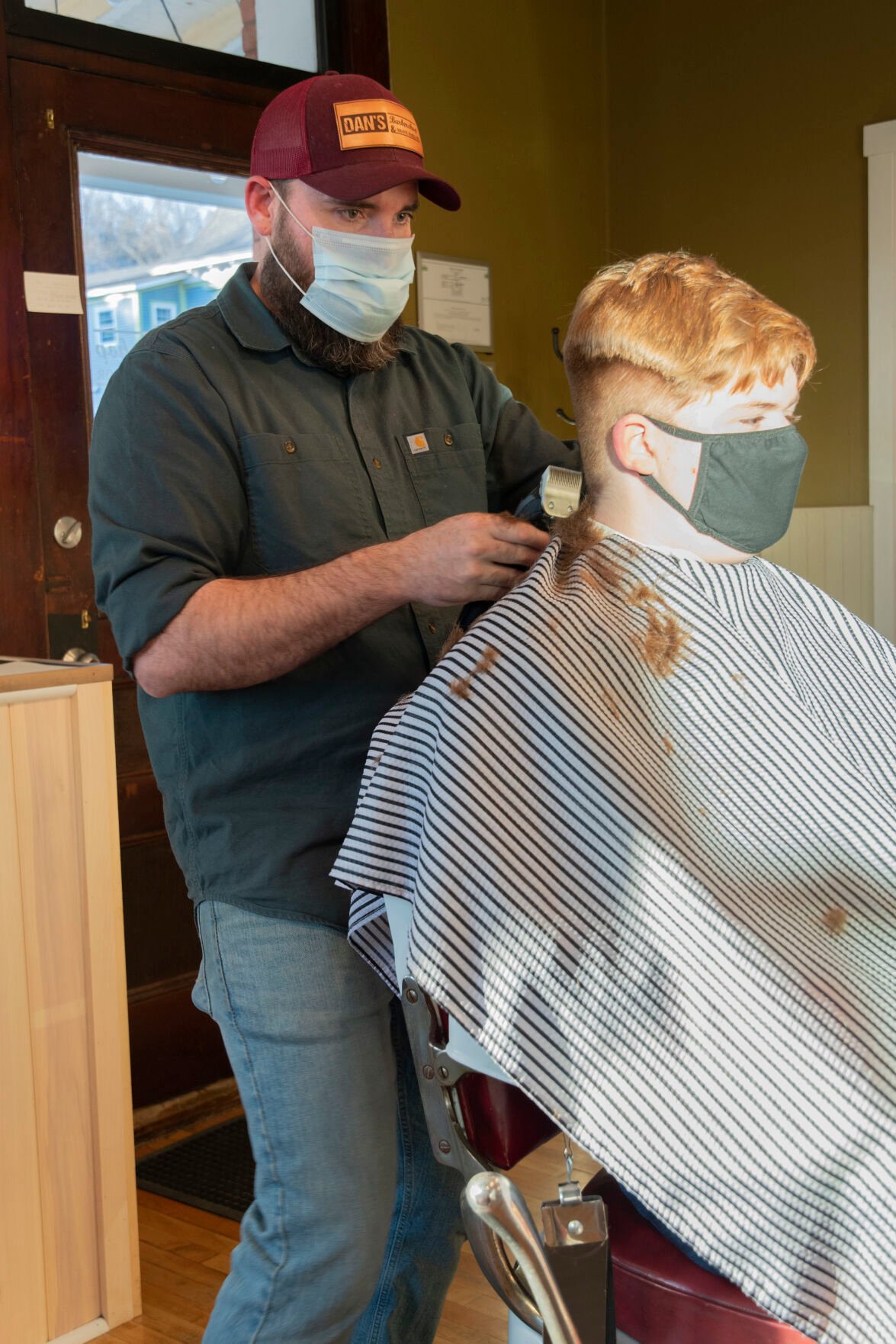 Barber shops have been around for a long time — their quintessential entrances being a vertical red and white stripped sign rotating on a pole — and they all aim to provide a good cut and conversation.

Enter Dan’s Barbershop and Shave Parlor in St. Johnsbury and you know immediately this is a traditional shop that caters to guys looking for just these things.

The traditional décor, owner Dan Sweet says, is intended to look “like it has been here for 30 years.”

And he seems to have hit close to that mark. He has old cabinets underneath the big mirrors from 1952 and plenty of items he acquired from a barber who went out of business a while back. A single chair in front of the mirrors, razors, and scissors within easy reach on top of the cabinets and a few metal chairs with cracked red vinyl and brass tacks sitting around the edge of the shop.

It’s not all old school. A large flat screen TV hangs on the wall broadcasting sports, and while Dan himself doesn’t drink, he keeps a few cold beers in the fridge if someone would like one for free.

This endeavor didn’t happen by chance. Despite the Covid-19 pandemic and an uncertain economy, Dan followed his dream and opened back on Sept. 1. In his own words, he “made it happen.”

Though there are other barbers in the region, like Lyndonville and Barre, Dan felt the timing was right for another in St. Johnsbury.

Growing up in Worcester, Mass., “all the men in my family went to the same barber shop,” he said. “My brother, father and grandfather all sat in the same chair down to Belair’s in Quinsigamond Village.”

A photo of his grandfather cutting his great grandfather’s hair hangs on the wall of Dan’s Railroad Street shop.

“My grandfather went to barber school and would have made a great barber,” Dan said. “Unfortunately, he couldn’t finish school but he could really carry on a conversation with anybody. I guess I always had the idea in the back of my head.”

A bartender most of his adult life, a growing family prompted him to try something new. He went to the New England School of Barbering in Concord, N.H., for six months. He studied two hours a day and cut hair for four. In all, he did over 500 haircuts and learned all the basics. He worked for a while at the Top Stone Barber in Littleton, N.H.

Then the pandemic hit and they shut down barbershops and bars, or as Dan puts it, “…the last day to pour a drink or cut hair…the only two things I have ever done in my life.” But he also saw it as a chance to make his dream come true. So July1, he signed the lease on the building and a couple months later, opened the doors.

But behind his easy manner, Dan knows how to do both traditional cuts and newer styles. For new customers, he wants to know what you like, but he also makes suggestions if he thinks something might work better.

“There’s ways to show them something different,” he explains. “Do a little this way, show them how it looks, maybe try something that way. It gives them a chance to see something new and maybe try it.

He has plenty of praise for the skillful stylists around town.

“They really know their stuff,” he said, noting that stylists and barbers can have different approaches. He puts an emphasis on the “feel” of his shop.

“I want it to be a comfortable place for guys to come in, chew the cud and relax,” he explains. “It’s a good chance for a guy to come sit down and relax for half an hour and let someone else do the work.”