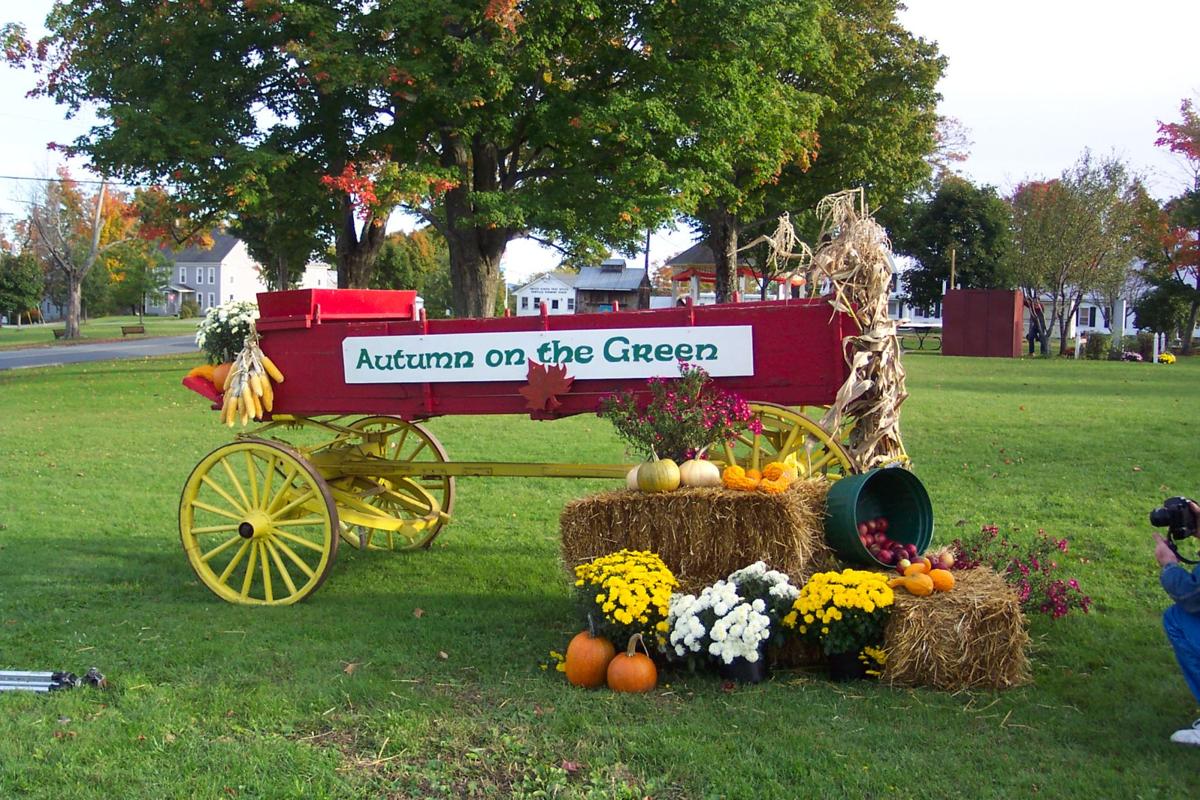 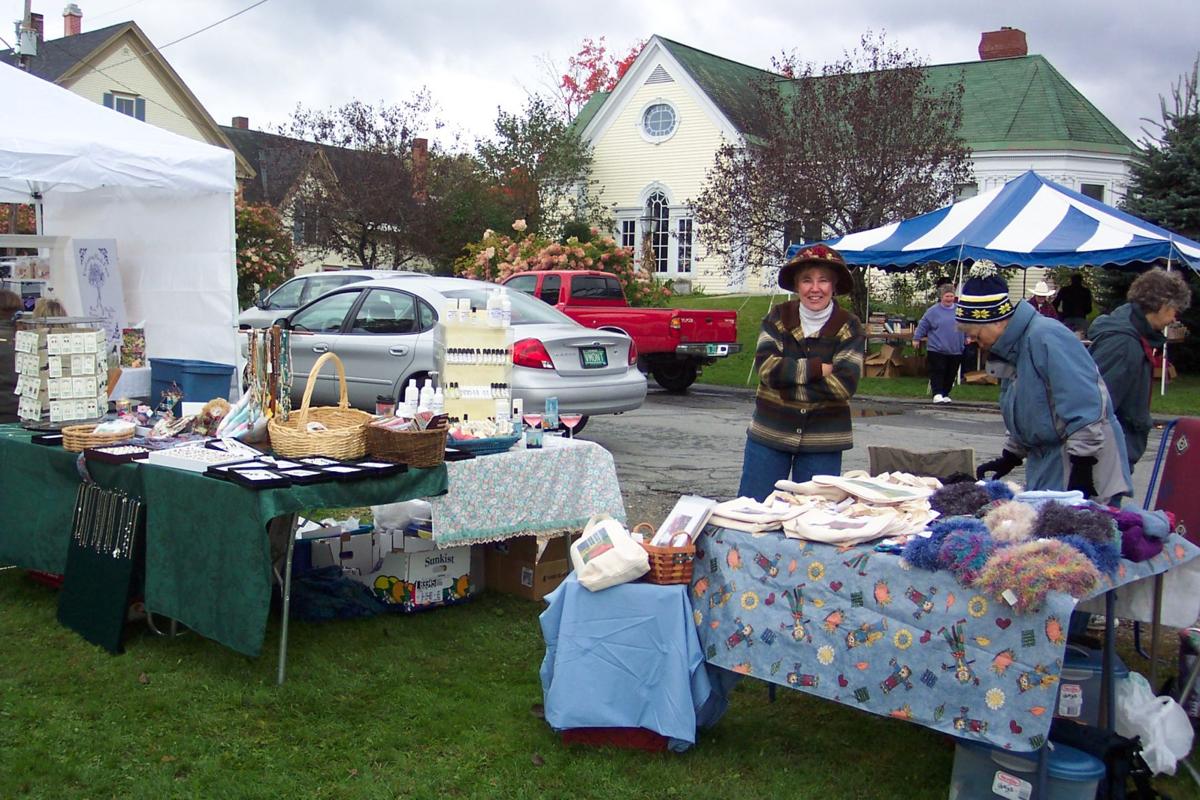 The First Autumn on the Green took place in 2003. Since then, the event has grown considerably larger. This past year was the first under new leadership as longtime organizer Cheryl Linsley decided to step away.

The First Autumn on the Green took place in 2003. Since then, the event has grown considerably larger. This past year was the first under new leadership as longtime organizer Cheryl Linsley decided to step away.

On a autumn day in October 2002, Cheryl Linsley, visited what was then known as the Danville General Store, finding the inside of the establishment quiet with the exception of the proprietors, Ben and Sarah Kasman. Sarah looked out the windows of the store front and mused about the amount of traffic traveling Route 2, through the town’s center. “’Look at all this traffic and there’s not one damn reason for anyone to stop,’” Sarah said. Linsley looked at her and said, “Let’s fix that.”

Over the next 13 years, Linsley help create and promote Autumn on the Green. The one-day craft fair has grown to over 200 vendors and is now a destination event. After all the success, Linsley recently decided to turn over leadership to a new face, but not before reminiscing about the events humble beginnings.

With no prior experience coordinating or managing events, back in 2003, Linsley moved forward with planning the inaugural event that would grow into a Danville tradition. She met with the Danville Chamber of Commerce and asked for a loan to get started. The event was granted $1,000 as a startup fund.

“People were very good about responding to it and that whole first year,” said Linsley. “In October of 2003, we had our first Autumn on the Green with about 75 vendors. Which I was ecstatic; I never thought we’d get that many.”

With four volunteers, including Linsley, that first year provided an opportunity for Danville crafters who lacked a place to showcase their work. Danville vendors were not charged a site fee to participate in the fair and today crafters come from all over the area to display their work.

Over time, the event became self-sufficient, requiring no financial support from the chamber. Reservations were moved to March and April and site fees were paid in advance. Any profit the craft fair procured was donated back to the chamber.

“We had been set up for [about] seven years and it was just rolling along beautifully, growing every year,” Linsley explained. “Then, when they decided to do the Danville (Route 2) road improvement, we had to move off of the green and we went up to the school.”

For three years, Autumn on the Green took place without the town’s actual Green, while construction changed the face of the town’s common. Meanwhile, volunteers worked to keep the budding craft fair going. Several days before the date of each show, vendor sites would be roped off which would impact the Danville school’s ability to use areas of the school grounds. Linsley says the use of the school grounds was not easily coordinated, but that the school was “gracious” in their patience with the event.

In 2014, Autumn on the Green returned to the Danville green, but not as it had when it left. Linsley says this transition back provided no relief as coordinators were again forced to reevaluate their new space.

“Everything, as far as layout,” she said, “changed and that was difficult and it was at that point in time that I realized, not that I couldn’t adjust, but my head was so full...I realized I was no longer as effective as I could be and in 2015 I handed in my resignation as the head of Autumn on the Green to the Chamber of Commerce.”

In 2015, Linsley’s final year as director for the event, Autumn on the Green had grown to host about 140 vendors and staffed eight volunteers. The growth of the event and the loyalty of the people involved and of those who attend Autumn on the Green every year are what Linsley sees as the greatest achievements.

Throughout the craft show’s history, a United States and world map has been displayed, enticing people to come and pin point their hometowns with free samples of Cabot cheese. Linsley said she learned that people from all 50 states, Canada, fall foliage bus tours from Kansas, and 30 to 40 countries including England, France, Germany, Australia, and other “island countries” had come, throughout the years, for Danville’s Autumn on the Green. She knows of people in Florida who plan it into their calendars, to attend.

“We had such an outpouring of guests from all over the world,” Linsley said. “To me, that was one of the biggest surprises...the recognition it brought to Danville...just for what it did for this town...One of the vendors...said that they feel like there are two exceptional craft shows in the state of Vermont and one is the Vermont Crafter’s Fair... and then Autumn on the Green and that’s high praise to me”.

In 2016, Eric Bach took over the leadership of Autumn on the Green. Linsley says she is pleased with the outcome of the event this past year, with over 200 vendor sites laid out and volunteers who continued to work with the chamber, even after Linsley’s departure from a leadership role.

“I would like to thank everyone,” said Linsley. "From the chamber, to all of the town’s people, my helpers...Because of certain physical limitations, I couldn’t have done it without them. What they did for me to get this done; it was amazing and I will be forever grateful.”

After that October day in the Danville General Store, Ben and Sarah had planned to be a part of organizing Danville on the Green. Health reasons forced the couple to relocate back to California to be closer to family, soon after the initial planning for the first Autumn on the Green, had begun. Linsley says she had written to Sarah about the success of the project over the years, describing each passing year’s successes, challenges and changes.

This past October, Sarah returned for 2016’s Autumn on the Green. She traveled from California with her granddaughter, to see the event for first time since that day in the store, 14 years ago. Linsley said she almost didn’t see Sarah standing there on the Green. When she saw her, Sarah ran to her and the two embraced, catching up like old friends do after a lengthy stretch of time.

“She was so thrilled at what had happened on the green from that day that she had been complaining in the store about no reason for anyone to stop,” Linsley said.”...and she finally got back to see it with her own eyes. “