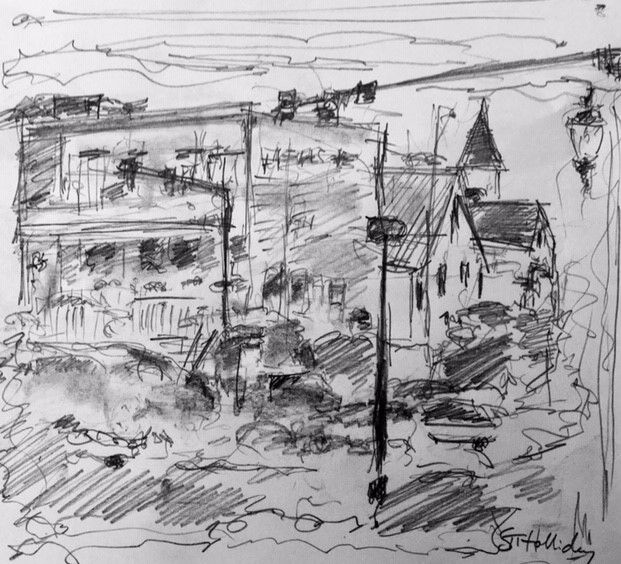 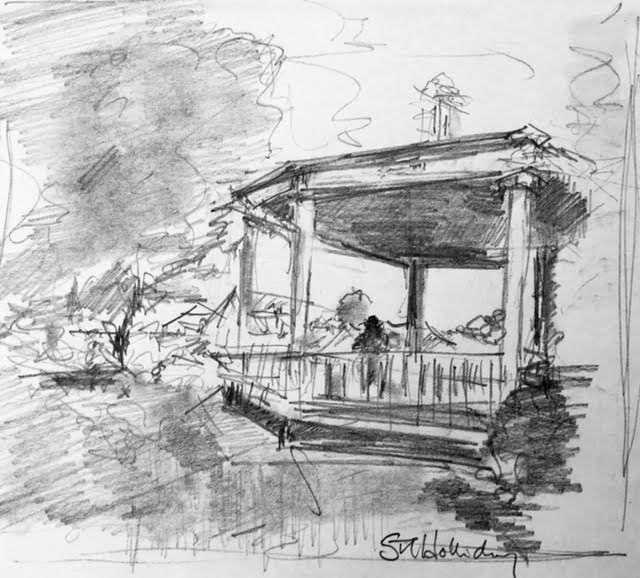 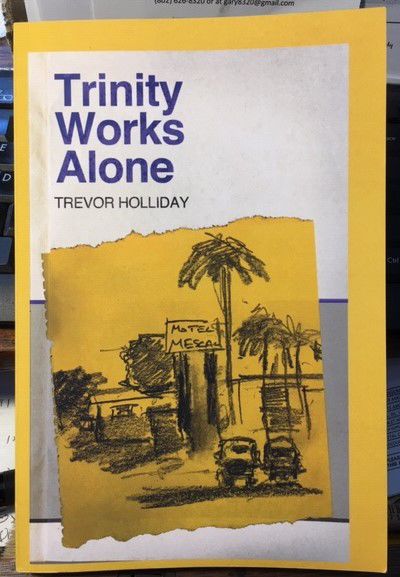 As a youngster, author and painter Trevor Holliday recalls with fondness his summer times during the late 1960s, spent in Greensboro. Great times at Willey’s Store, the Miller’s Thumb and especially visits to the Greensboro Library, where he read a lot and began to write short stories.

“I was born in Houston, Texas. My father was a geologist in the oilfields there but later took a job teaching at a college in Aroostook County, Maine," says Holliday. "My parents had bought the Lakeview Inn in Greensboro, and my family would make the trip on Route 2 every summer from Houlton, Maine to the Northeast Kingdom, so they could manage the inn during the summer months. I still recall riding through St. Johnsbury seeing the iconic Farmer’s Daughter sign east of town. That meant we were getting close.”

He remembers listening to the Apollo 11 landing on the radio in the kitchen of the inn and seeing cars go by along their way to Expo ‘67 in Montreal.

When Holliday graduated from high school, he planned to be an art major but instead joined the Army. While stationed in Korea, Arizona, and Turkey, he did some writing and continued to read from the collections of various base libraries.

“It was there that I discovered mystery fiction,” he remembers.

After the Army, Trevor went to Tucson to attend the University of Arizona, where he studied creative writing and history and then taught for many years in the White Mountains of Arizona. Trevor and his wife, Carolyn, who was a Superior Court Judge in Navajo County, lived near the Apache, Navajo, Zuni and Hope reservations, where they made many good friends on the reservations, and had the opportunity to spend time both in the Navajo Nation and live on the White Mountain Reservation.

Once finished with teaching in Arizona, Holliday taught English for five years in a public school in Abu Dhabi.

“When we left the Middle East we decided to move back to New England, and we now make our home here in Barnet, in the Northeast Kingdom," he says. "I was definitely influenced by my early memories of Vermont in choosing to live here, and since finishing my teaching career I’ve been able to spend time both painting landscapes and writing.”

It is through his writing of crime fiction that I first met Holliday and had the pleasure of reading his debut novel, Trinity Works Alone. It is the first in a series of crime novels, featuring Frank Trinity, set for the most part in Tucson, and part of the story in Holbrook, which is across I-40 and south of the Navajo Reservation.

“I started writing them several years ago and was encouraged by my two sons to publish them," says Holliday. "My son John, who lives in Toronto did the layout for the cover of Trinity Thinks Twice, using one of my drawings.”

Trinity Thinks Twice will be the next novel and it is strictly set in Tuscon. The action in this novel takes place a few days before Christmas and involves the theft of jewelry and artwork. It takes place mostly in Trinity’s Presidio neighborhood and features some of the same characters from the first novel.

The third novel is called Trinity and the Short-Timer. This one is set in Korea where Trinity is serving as a CID agent. The action occurs before the events in the other two novels. Readers of Short-Timer should spot allusions to the first two novels.

Holliday is currently at work on a fourth Trinity, and considering a novel featuring Edison Graves, a fascinating character from Trinity Works Alone.

Trinity Works Alone was strong and compelling reading, that had me racing through the pages. A thoroughly readable and entertaining mystery that will keep the reader guessing until the slam-bang ending. I certainly look forward to reading the rest of the series, and future novels. An artist with the brush, and with the written word.

Best little motel in the NEK and only 8 miles to Kingdom Trails! Affordable rates, clean and cozy rooms. Conveniently located off exit 23 of I…