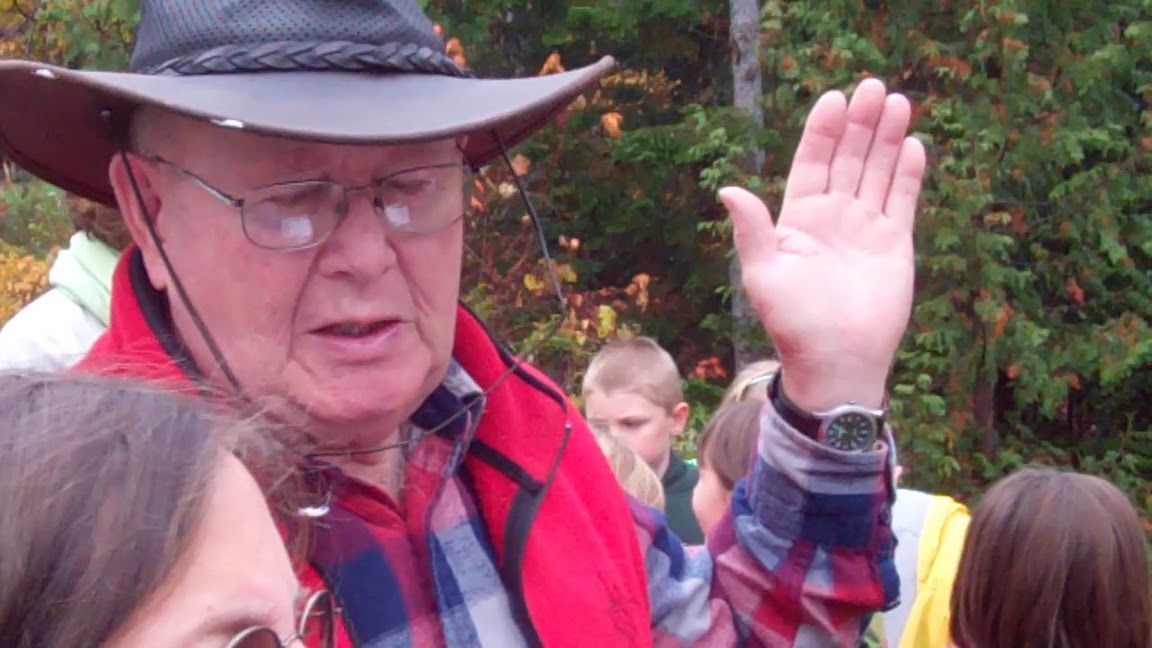 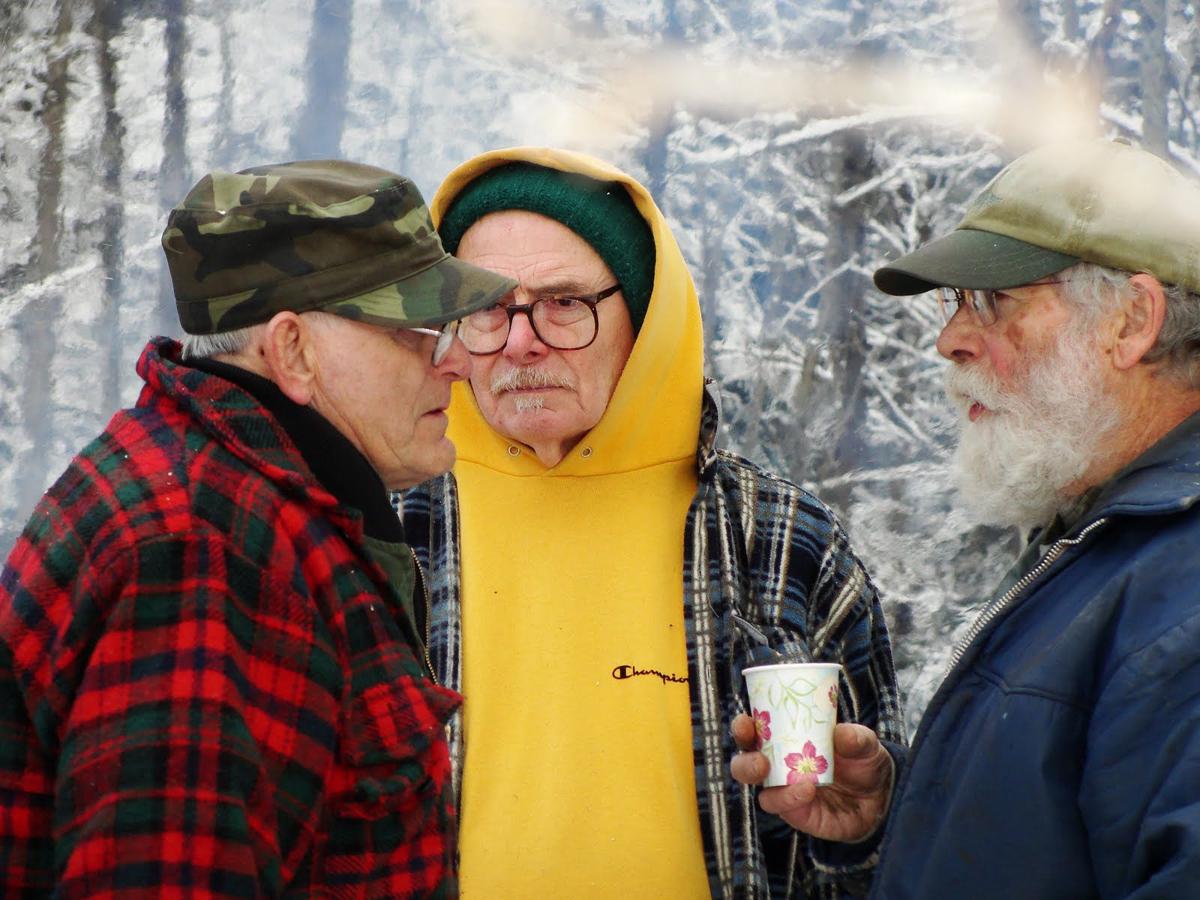 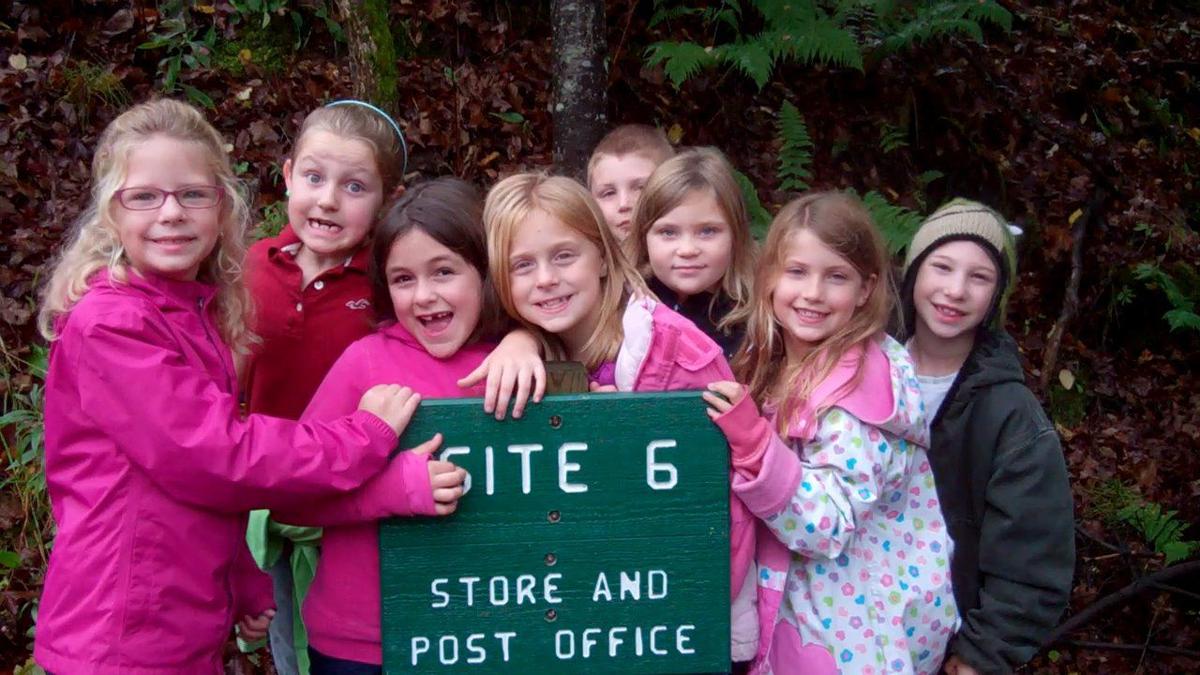 Found it! These Danville 2nd graders searched and found the old store and post office site. 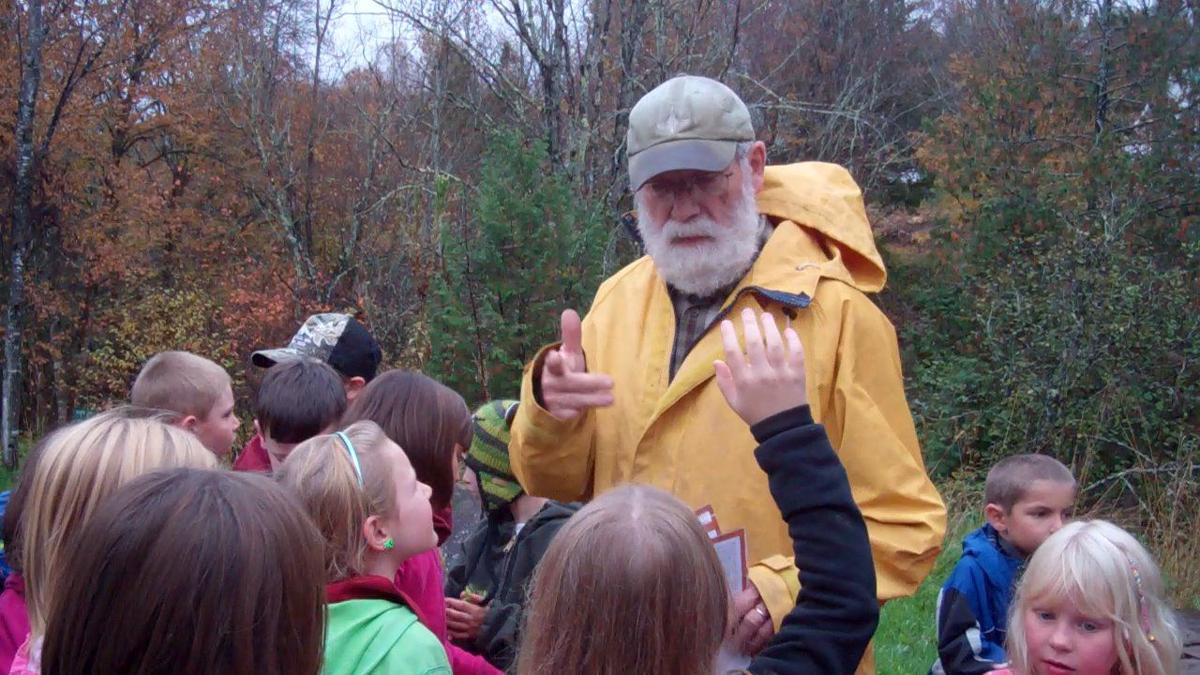 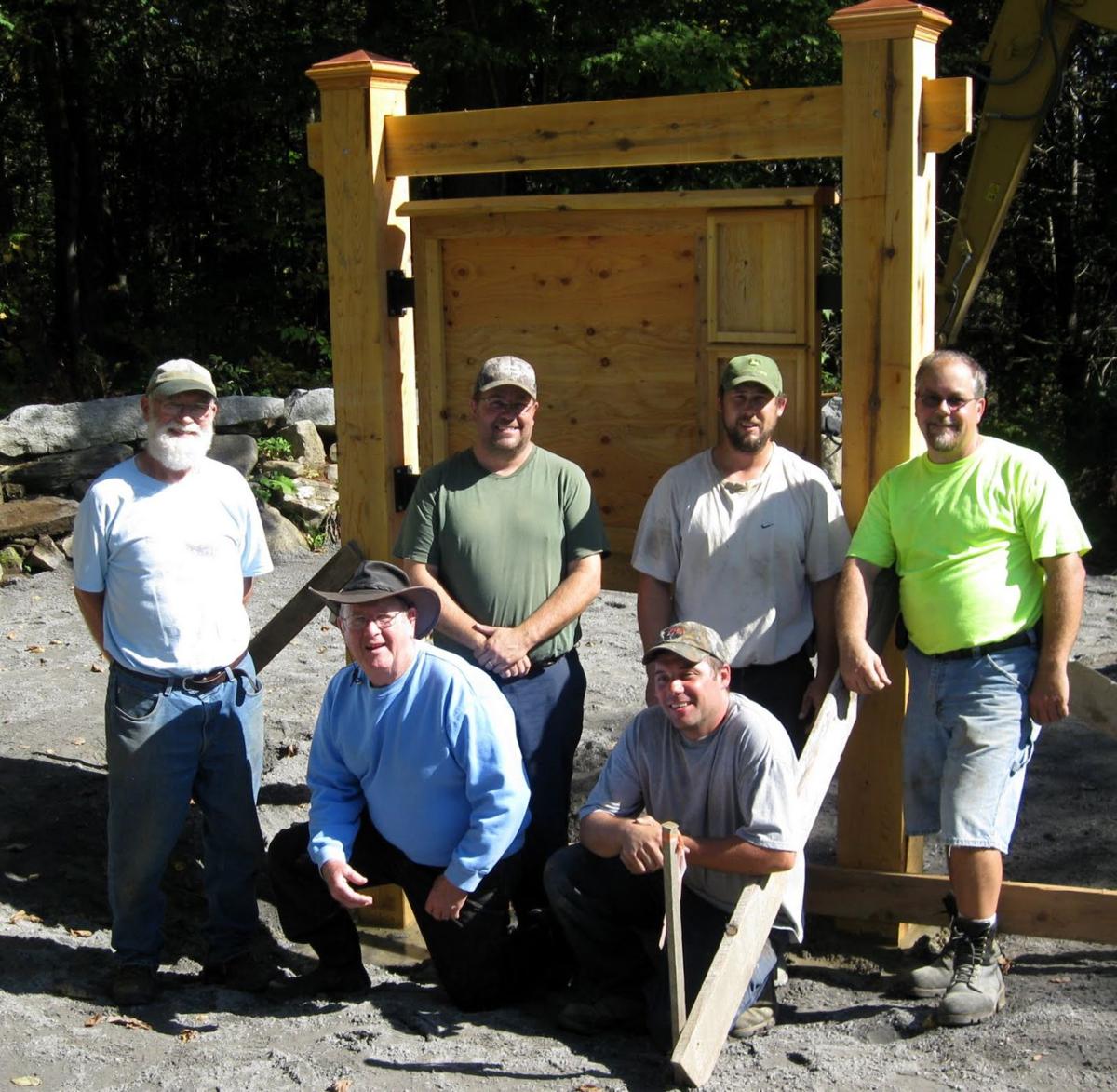 The Danville Town Crew put up the kiosk and landscaped the site, making it easy for people to access it. The kiosk stands in the foundation of the old Greenbank's Hollow School. From left: David Houston, Hollis Prior, Kevin Gadapee, Donald Lamont, Jeremy Withers, and Bill Bailey. 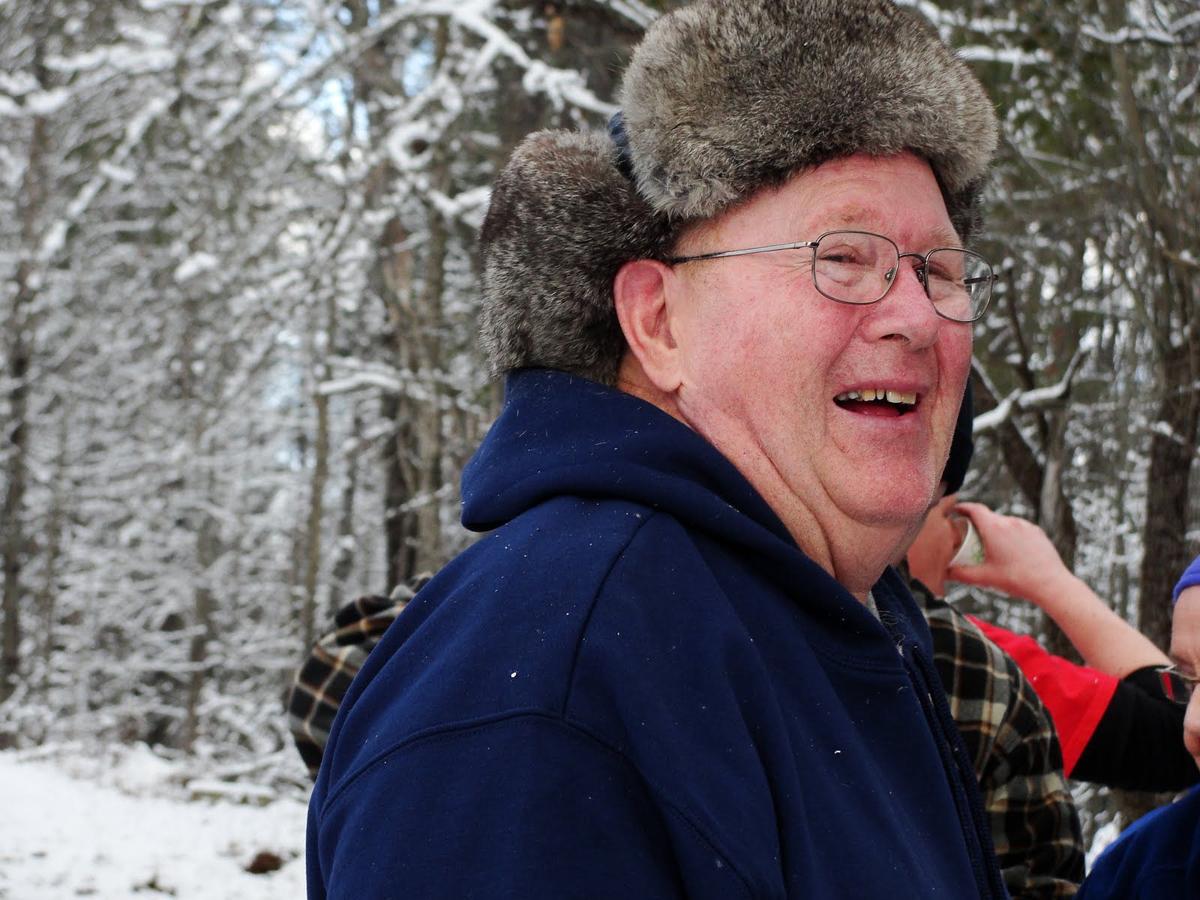 Hollis Prior had a great time at the picnic. All of his and Mary's children and grandchildren attended the event. Photos courtesy of Kim Prior. 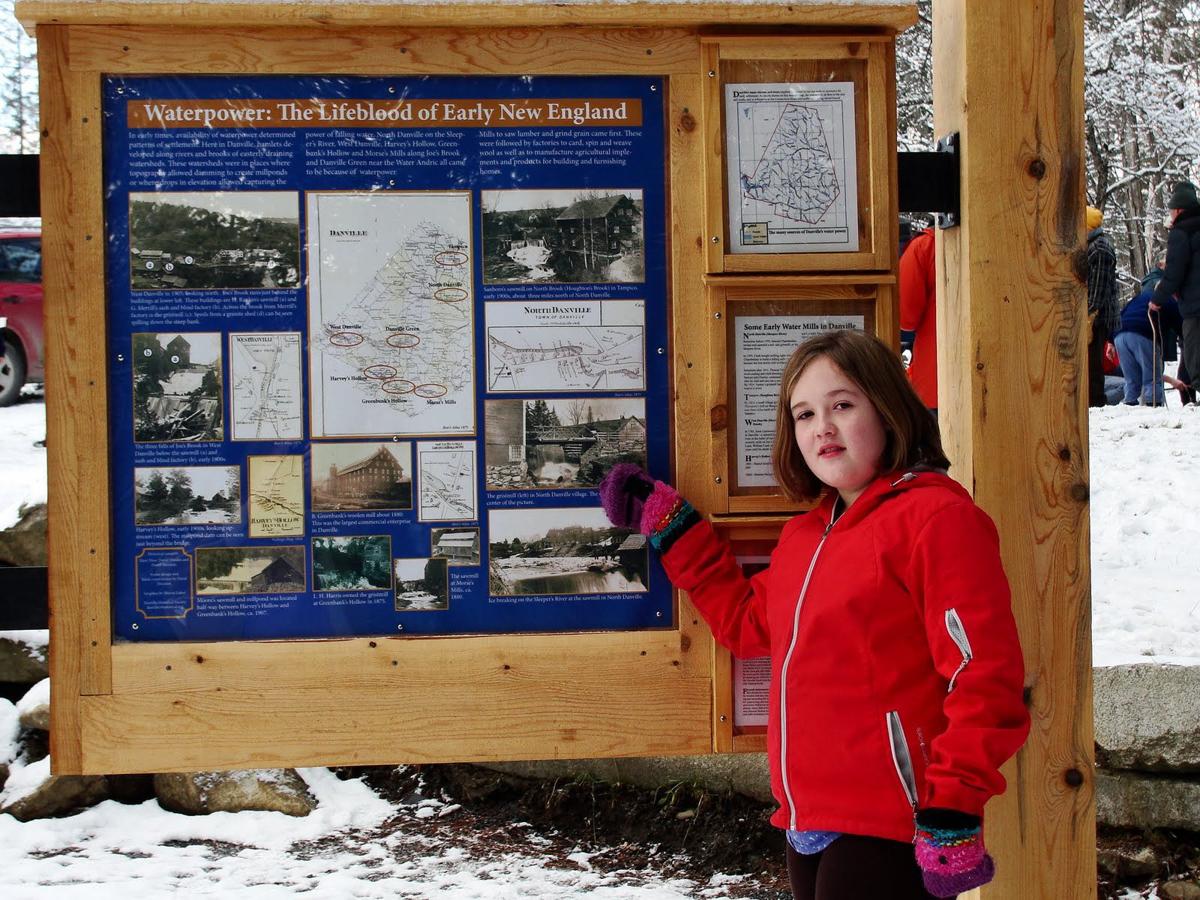 Found it! These Danville 2nd graders searched and found the old store and post office site.

The Danville Town Crew put up the kiosk and landscaped the site, making it easy for people to access it. The kiosk stands in the foundation of the old Greenbank's Hollow School. From left: David Houston, Hollis Prior, Kevin Gadapee, Donald Lamont, Jeremy Withers, and Bill Bailey.

Hollis Prior had a great time at the picnic. All of his and Mary's children and grandchildren attended the event. Photos courtesy of Kim Prior.

On a sunny Saturday in December, people gathered in Greenbank’s Hollow for a winter picnic near the new kiosk. It was a celebratory act to honor work on the historic park that has been accomplished over a seven-year period.

Bundled up by the bonfire, picnickers pushed hot dogs onto sticks, partook of Hollis Prior’s baked beans and warmed their hands around cups of hot cider. As things drew to a close, the group circled around David Houston, who spoke of the project, pointing out those in the assembly who were involved in some way to its success.

Among them was David Warden, of Barnet, whose initial gift of six-plus acres made the project possible. He was there to “say a few words,” the first time he has publicly spoken about his gift. He read from the following prepared script:

“I have to tell you, I am 74 years old. I have loved Greenbank’s Hollow for almost 60 years. Back in the early 1950s, when about 15 or 16, I did not have a driver’s license, and on Sunday afternoons I would take a farm tractor and explore the roads and cellar holes on East Hill in Peacham. One day I drove to Greenbank’s Hollow.

“We are talking about an abandoned former village. The Lowell House had only been inhabited by porcupines for years. Brush and trees were growing in the front yard. You could hardly even see the house from the road. Other cellar holes were becoming overgrown.

“By the late ‘50s, I was asking who owned the Lowell house. In the early 1960s, I tracked down Ron Crisman of Illinois, who was just buying the Lowell House. A couple of years later, I bought it from Crismans. In the late 1960s, my family and I camped in the house for a couple of years. Based on the condition of the house, ‘camped’ is the [proper] word. We also spent vacations there. (At that time the O’Classon house was still occupied, and the Berards lived in the schoolhouse.)

He credits Mary Prior as instrumental in working with him. She was teaching in the Barnet School at the time the idea grabbed her; she was also working on David Warden to consider the project. “We spent a lot of time on the phone,” he said, laughing at the remembrance. He finished his speech with “—and here we are. I am so happy the Danville Historical Society has accomplished this project.” Also, he noted, giving a nod to the beautiful house across the road, “the historic Lowell house is still the crown jewel of the Hollow.”

There are still things to finish in this initial phase. New signs on the top rails of the kiosk will announce that people are in the “Greenbank’s Hollow Historic Park.” And, although the new nature trail has been laid out, Houston reported that a steep incline will need to be changed. Also, a handicap accessible trail is planned from the road near the kiosk to a picnic area on top of the hill overlooking the bridge.

Project leaders Houston and Prior are well aware that after this phase of the project there is still plenty of work to do—mostly maintenance and stewardship of the park as well as development of educational programs. But for now, they have much to be pleased about. The celebration picnic was definitely a fitting hurrah for a job well done!

The Danville Historical Society, by the careful recording of David and Hollis, gratefully acknowledges the efforts of the following:

Regarding maintenance and improvement: Fred and Rita Kitchel for routinely mowing and trimming the woolen mill area; Jim and Deborah Hunt for building and stewarding the nature trail; Martha Hamilton for constructing and maintaining a flower bed; Dave and Calvin Willard for felling trees around some foundations; Aaron Balivet for clearing out a cellar foundation; Ransom Hudson for clearing the foundation trail and cellar foundation; Fred Orr for hanging seasonal wreaths on the covered bridge; Amber Bennett for arranging students from Caledonia School to help mow and trim; Roger Legendre, Bill Bailey, Craig Vance and Anthony Rose for mowing areas other than the woolen mill site; Danville Woman’s Club for donating and planting shrubs and several benches for the Park.

Regarding the brochure: Sandra Elliott for producing the prototype as a part of her senior project.

Regarding the financial support: the Danville Chamber of Commerce and the Town of Danville.

Special thanks: Mary Prior and Margaret Springer for providing the initial vision and support, and the Danville Board of Selectmen who accepted the park from the Danville Historical Society and trusted that the society would continue to develop and promote the park in the best interest of the town.