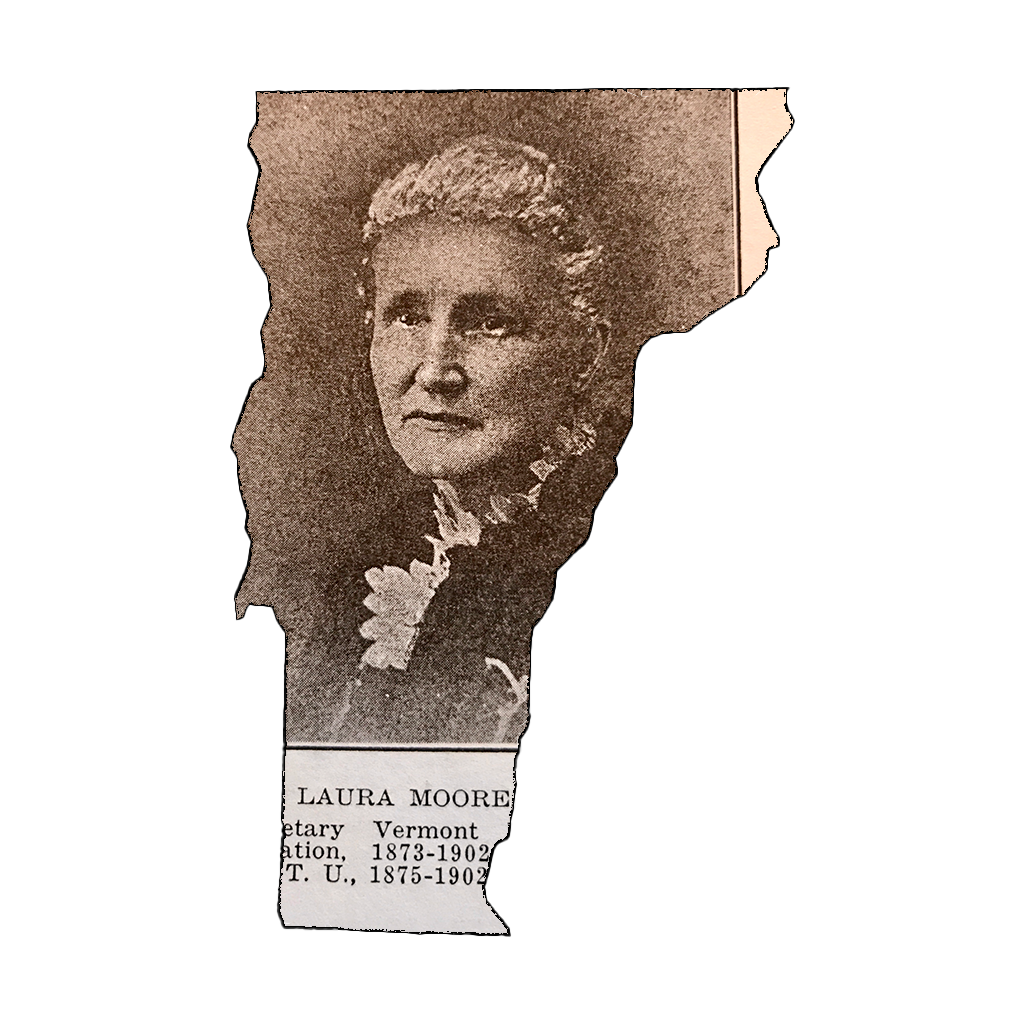 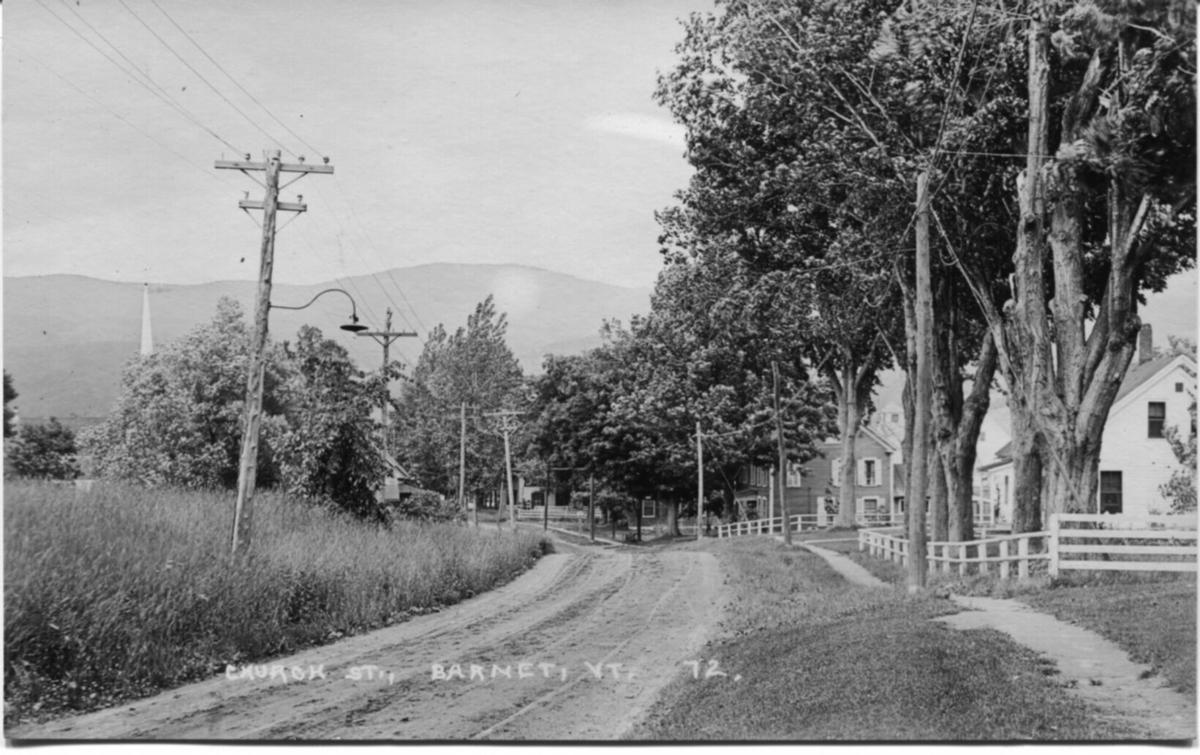 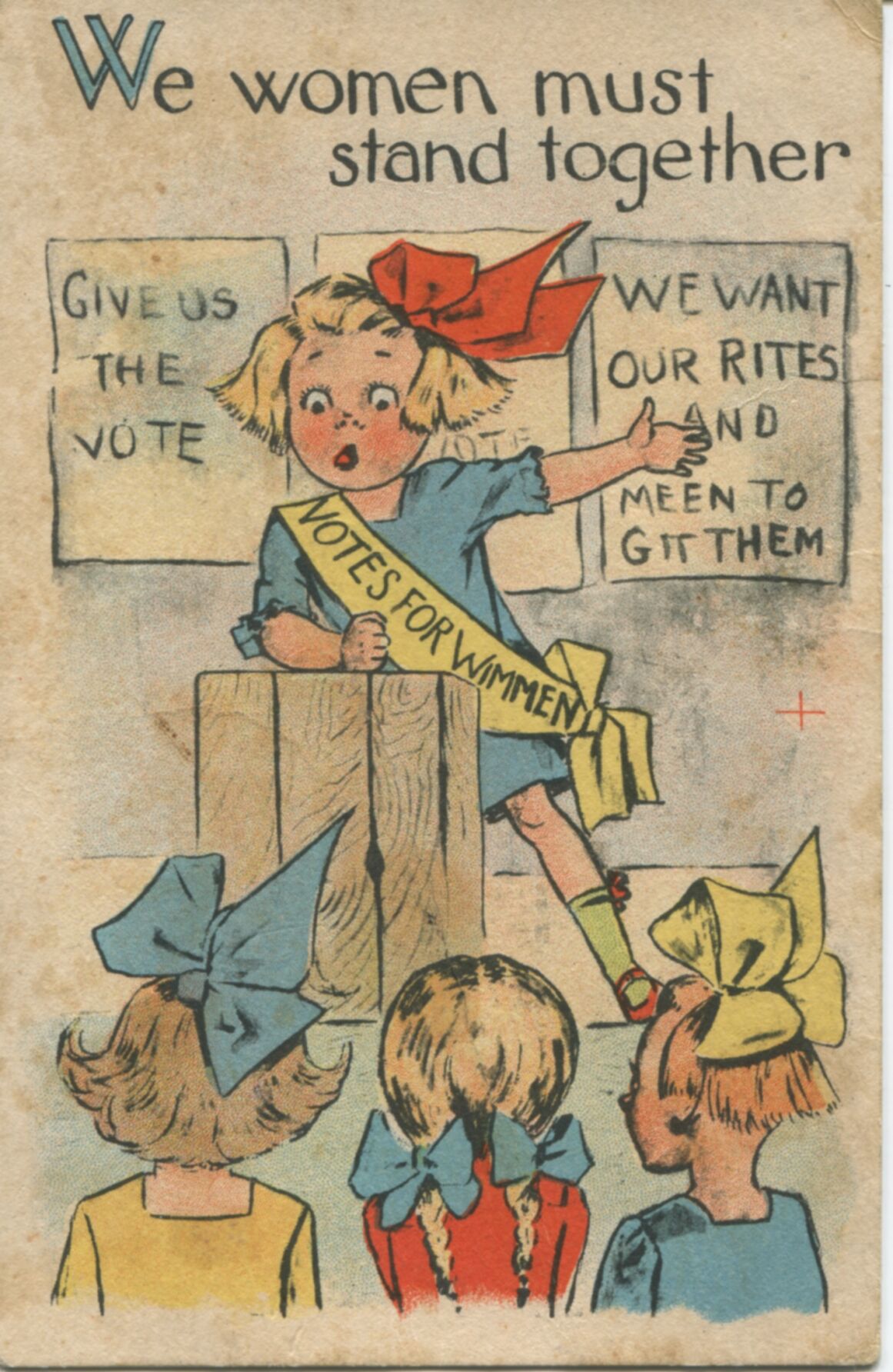 Biographies of the women who worked for voting rights, known as suffragists or suffragettes, mention Laura J. Moore of Barnet when they consider Vermont. Little known today, Miss Moore was born in 1836. When she was still a teen, in 1854, she and her mother and her married sister Emily were among the 27 persons who became the charter members of the First Congregational Church of Barnet, with the Rev. Henry Fairbanks of St. Johnsbury as pastor.

The Civil War began when Laura was 25 years old. Vermont Civil War historian Howard Coffin, in Something Abides, reports that she then “worked tirelessly providing homes for the soldiers.”

And when that war ended, she applied her skills to a new battle: the one to obtain the vote for females.

Like many of the other women who stepped up to seek political rights, Laura Moore came from a family with educational advantages. Her father was John Moore, a farmer and auctioneer. Her mother, Harriet Sprague Wright, must have been determined to have a proper village church, since she helped to charter it without her husband. Even more significant, though, both of Laura’s grandfathers were doctors, well-educated and well-known in their communities. Dr. Isaac Moore was of Scottish descent and practiced medicine on the New Hampshire side of the Connecticut River, first in Haverhill, then in Bath, near Lisbon. And Dr. Abiathar Wright was described by Barnet’s historian Frederick Palmer Wells as “a skillful physician of the olden time.”

Although it may seem almost a cliché today, having doctors in the family then marked how education was pursued. Abigail Drake Baldwin, also a doctor’s daughter, married Levinus Chandler, a lumber businessman, and moved to Orleans, Vermont (then called Barton Landing), and would become a president of the Woman Suffrage Association of Vermont. Bob Hunt, historian at the Old Stone House, said she “possessed a keen intellect and participated in movements for civic betterment and her interests were worldwide.” Others, like Maria Louisa (Trenholme) Hidden, of Craftsbury and Lyndon, found their community engagement encouraged by husbands who were active in their towns. Ruby Elkins Rines Chandler, known in suffrage circles as Mrs. A. D. Chandler, trained as a teacher and taught in North Troy before marrying a prosperous business owner and relocating to Barton Landing, where, like her neighbor Mrs. Baldwin, she would speak at the first annual meeting of the Vermont Woman Suffrage Association and become its vice-president.

“The Saint of Barnet”

Becoming a leader in the call for votes for women wasn’t always easy. Vermont historian Deborah Clifford described a reader of the Vermont Chronicle as saying, “When God created them male and female he gave to woman the greater power through her spiritual capacities. To man he gave those special powers which pre-eminently qualify him to govern, and in woman’s constitutional limitations in this direction lie the secrets of her special spiritual power and personal influence.”

Fortunately for Barnet’s Miss Moore, that wasn’t a forced choice. Already prominent in her church and known for her Civil War support actions, she became known, according to The History of Woman Suffrage (Vol. VI, edited by Ida Harper), as “the Saint of Barnet.” For 22 years, this report said, she was the “secretary of the State association, its leader and inspirer.”

And inspiration and leadership were desperately needed, for the path to women’s votes was rocky and long. The economy also affected it. Miss Moore reported to the VWSA annual meeting in 1897 that the “hard times which have borne heavily upon all reforms” slowed the progress of her group’s cause, wrote Clifford. In fact, at the turn of the century, membership in the statewide VWSA sank to a mere 88 people. But Miss Moore and her colleagues never stopped gathering signatures on petitions to the legislature.

Laura Moore lived at home with her parents in Barnet until their deaths (1887 and 1896), and then moved in with her “companion” and “co-worker” Caroline Scott, another activist who’d never married and an early member of the finance committee for the VWSA. Howard Coffin reports that Miss Moore’s home may have been the second house uphill from today’s Barnet library. Though Miss Scott’s father was a farmer, her family clearly cared about issues of the time; her brother William became superintendent of the Reformatory (prison) in Concord Junction, Mass. Caroline Scott must have had some source of funds, for she would leave a bequest in the impressive amount of one thousand dollars to the suffrage group.

Slowly, Miss Laura Moore’s health began to fail. But she refused to give up, maintaining her position as VWSA secretary and organizing more petitions at the state level. In 1903 the Orleans County Monitor criticized the way she and her colleagues kept sending those petitions. But in the Woman’s Journal, edited for many years by suffrage leader Lucy Stone and then by Alice Stone Blackwell, Miss Moore defended petitioning the legislature as legal, effective, and educational. Gradually, Vermont began to accept women as town leaders who could hold positions like librarian or treasurer.

Miss Moore worked from home, never resigning her post until the very end. She died Sept. 28, 1906, and has a simple memorial stone in Barnet’s Pleasant View Cemetery. But her efforts had been noticed and effective, and Vermont’s former governor and U.S. Senator Carroll S. Page said, “If the cause of suffrage should ever prevail in Vermont it will be largely because of the seed sown by Laura Moore.” Her companion, Caroline Scott, would die the following year. But “the vote” didn’t arrive nationally until 1920, and Vermont would not be a leader in the final surge, since Governor Percival Clement blocked Vermont participation in the ratification process in 1919 and 1920. Perhaps the absence of Miss Moore’s constant petitioning was a factor in this behavior.

But Laura Moore had become one of many Vermont women demanding the right to vote. Her colleague Abigail Drake (Baldwin) Chandler of Orleans, Mrs. A. D. Chandler as the newspapers called her, continued similar activism in her 80s, just as Laura Moore had worked for the cause without ceasing. In 1909 in a newspaper, Mrs. Chandler declared, “I am a believer in full enfranchisement of women on equal terms with men. I am a citizen of the state; amendable to all the laws of the state; but am taxed without representation, contrary to the constitution of the United States. I therefore, demand the ballot, because I believe it to be right and just.”

Like Laura Moore, Mrs. Chandler’s friends honored her commitment, and when she finally was able to cast a ballot, eleven years after Miss Moore’s death, the Orleans County Monitor reported, “The many friends of Mrs. A. D. Chandler in her 91st year, were glad to see her at the polls on Tuesday to cast her first vote. She has always been an ardent worker and believer in woman suffrage.”