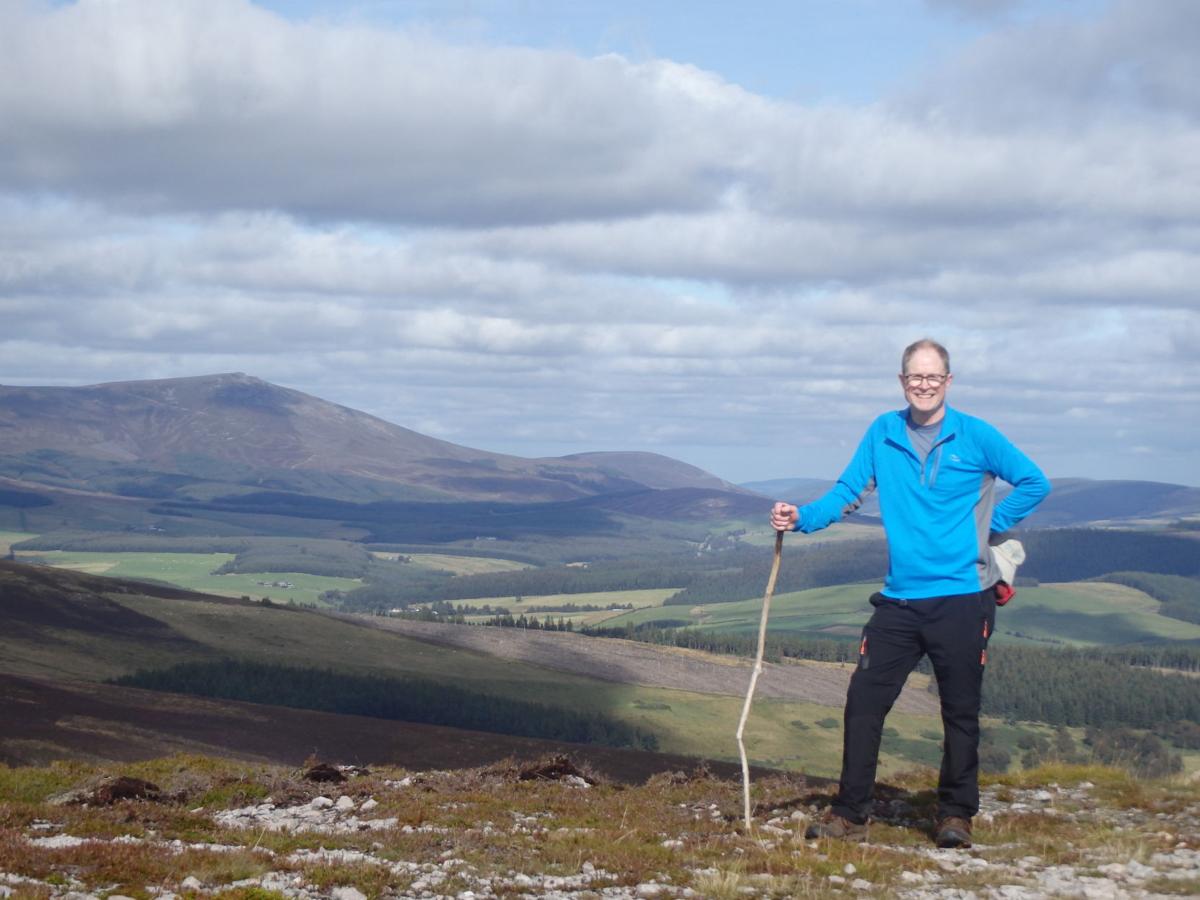 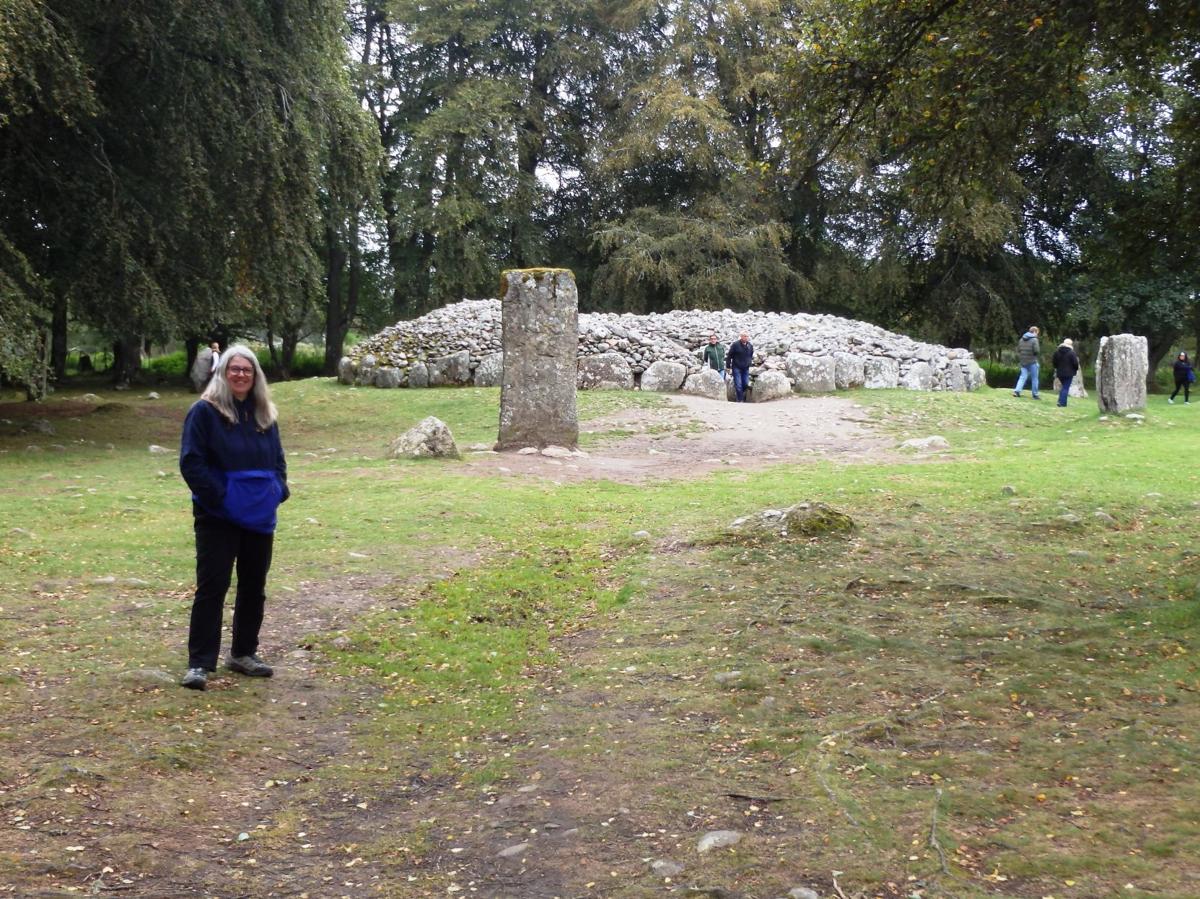 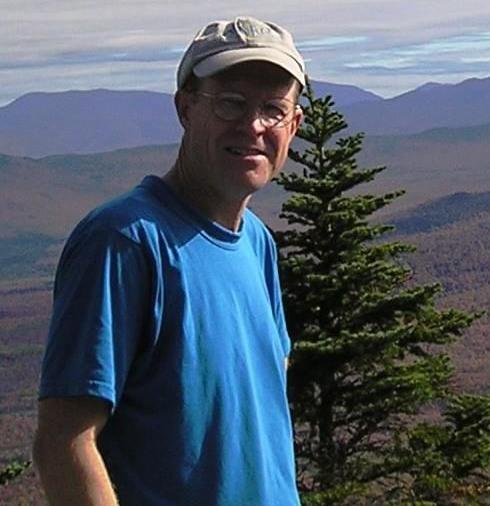 This is the third and final installment of tales from two weeks in the northern highlands of Scotland in September. The first column covered the western coastal highlands around Ullapool. The second dealt with the wild, wet, and rocky far northwestern coast, where we stayed in Kirtomy.

We were reluctant to leave Kirtomy after our three-night stay, but we still had many miles to go on our long loop from Glasgow. About a half-hour east of Bettyhill, the blanket of heather begins to give way to green fields. The northeast corner of the north coast is quite flat agricultural land. This is the ancient county of Caithness, whose principal town is Thurso. We decided to leave the two-lane A836 and wander south through the farms on a series of single-track roads. We were headed for Dunrobin Castle, the home of the Countess of Sutherland who was the villainess of the Strathnaver Clearances, which I described last month.

Driving south along the east coast we looked out to sea at the wind turbines and oil rigs that dot the North Sea. The oil business employs 100,000 people and wind is a growing part of the Scottish economy. But tourism is huge also, and Dunrobin is a major attraction. Luckily, it was a quiet Thursday so there was a minimum of tour buses. The formal gardens leading down to the sea are well maintained, including extensive plantings of fruits and veggies. The Castle is maintained as a museum, with rooms set up as they were in the 19th century. We engaged one of the museum docents who was wearing MacKay tartan. She had good information on family history and reinforced what I already had concluded, that tracing our McKay line with the little bit of information we have would be nearly impossible.

We drove on toward Inverness, leaving the wild western highlands and emerging back into the busy modern world. The road widened to four lanes through Inverness, the first city we had encountered since leaving Glasgow. We were headed to another AirBnB in Tomintoul about 45 minutes east of Inverness. We were early so we left the highway and wandered north on back roads toward Culloden, the site of the last pitched battle on British soil in 1746 when the English Hanoverians defeated the Scottish Jacobites. By chance, we happened on the Clava Cairns, a group of 5000-year-old stone chambers, which we found more interesting than the battlefield. From the site, we could look north at the Culloden Viaduct, an impressively long railroad bridge built in 1898 with 29 high stone arches.

From Culloden, we took a wandering route through the hills to Tomintoul and Milton House, our BnB for the next three nights. Our hostess was Pat McKay and the house is an old stone farmhouse along the River Avon. Pat sent us to the village for a quick supper and then greeted us with a wee dram of the local whiskey. The Tomintoul distillery is just across the river, one of several within 25 miles.

Whiskey is big business in Scotland, employing 65,000 people. We’re not whiskey drinkers, so we didn’t spend time at any of the distilleries, but I am a wood craftsman and was thrilled to tour the Speyside Cooperage that makes 150,000 casks each year. They offer a great tour where you can watch the workshop in action. Twelve master coopers work at an amazing pace, either making new casks or refurbishing used casks, which they were doing the day we visited. It’s all done by hand.

On the way back to Tomintoul from the cooperage, navigating the narrow roads finally caught up with us. We were on a two-lane road with zero shoulder, as usual. There was a car pulled off the side of the road (barely) and a house on the other edge of the road. A truck was coming the other way so I squeezed as far left as I could and misjudged the distance. Our mirror clipped the mirror of the parked car. We pulled over and I got out to find the owner, who turned out to be a lovely 85-year-old lady named Irene who had stopped to feed her neighbor’s chickens while they were away. She lived just up the road so we spent the next couple of hours at her house figuring out how to handle the situation. She called her son Gilbert, who is a mechanic, to come over. We filled out an accident report for Hertz, had a nice chat, taped up our mirror, and drove on back to our BnB. The damage could have been much worse, but the incident made driving even more stressful for the rest of the trip.

We were in the heart of the Glenlivet Estate and I was once more bewildered by the land tenure system in Scotland. I’m not alone. In 2016 Scotland passed its latest Land Reform Act and established the Scottish Land Commission to try to figure out ownership and how it affects life in Scotland. The Glenlivet Estate is 58,000 acres encompassing Tomintoul, Tomnavoulin, and other villages as well as many farms and other enterprises. The farms mostly have leases from the Estate to farm the land. Glenlivet is in turn owned by the Crown Estate, and ultimately by the Queen. The Glenlivet Estate lands are mostly open for public use including hunting, hiking, and biking and they maintain a pretty extensive trail network. Just to complicate things a bit more, all of this is within the Cairngorms National Park, although their national parks operate very differently from our national parks.

Our last day in Tomintoul was gorgeous and I took the opportunity to walk a seven-mile loop over Cairn Daimh, a prominent hill with a rock dome on top. The route passes through forest plantations of various ages and management, including a Diamond Jubilee Forest, planted in honor of the Queen, and I guess theoretically owned by the Queen. Until recently all plantations in Scotland were softwoods like Scots Pine (native) and Sitka Spruce (introduced). Like our softwood plantations, these forests are sterile places with so little diversity that they host few species of critters and are not resilient to attack by insects, disease, or weather. There is now an effort to plant more diverse forests including hardwoods like birch and alder. The biggest challenge to any plantation in Scotland is browsing by sheep and deer, so they are all fenced.

We departed Tomintoul on a Sunday morning to take the scenic route south to Stirling, our last stop. We drove south through the Lecht Pass, site of a small downhill ski area, one of several dotting the eastern highlands. We descended to the River Dee at Crathie and the bridge that leads to Balmoral Castle, the royal home in Scotland where the Queen spends August, September, and October every year. We noticed a group of people around the bridge and a few police stationed at the turn-off. Realizing it was nearly 11:00 on a Sunday morning, and there is a little church in Crathie, we deduced that the Queen would be going to church there. We pulled into a small parking lot and walked over to see what was happening. A very pleasant policewoman informed us that the Queen was due in a few minutes and we could watch if we liked, lining up along the road with 50 or so other people. It was all very low key and there was no security other than the few police standing around. The police were in radio contact with the castle and soon informed us that Prince Charles and Camilla were on their way, and then the Queen. Chuck was driving his own big SUV and sped by with Camilla. About ten minutes later a royal red Rolls rolled by at a stately pace with the Queen clearly visible in the back seat. It was all a refreshing contrast to the crushing security that accompanies any public appearance by our own political notables.

We continued up the Old Military Road up the River Dee to Braemar, a touristy little town in the heart of Cairngorms National Park, and then climbed through another pass before descending to the lowlands again. The Old Military Road is a spectacular drive with one wide-open view after another. We veered off the main drag before it got to Perth and wandered west until we hit the four-lane A9 which took us right to Stirling.

Our B&B in Stirling was an easy ten-minute walk on a path through the woods to the old city and the castle. We dined in a little pub and the next day toured the lovely but very touristy castle and walked around the old city. From Stirling, we drove 45 minutes back to the Glasgow airport for our flight home. We turned in our car (minus one mirror) to the Hertz guy, having driven 1,100 miles. I was happy to say goodbye to driving in Scotland but also happy to have seen a place I had wanted to visit for many years. It was fitting that we departed from Glasgow, just as my great great great grandfather William McKay had back in 1810.