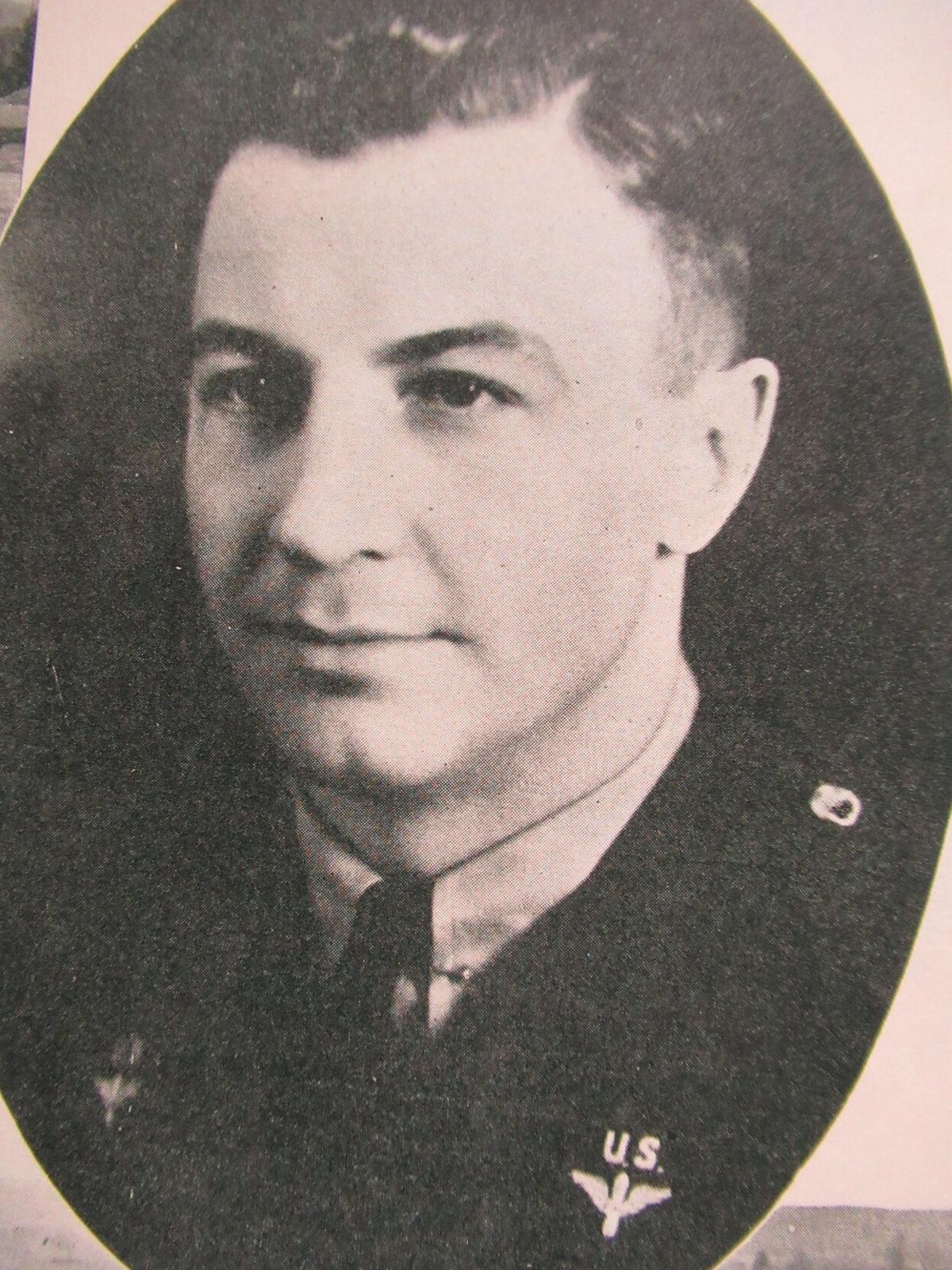 Lieut. Stetson M. Brown in whose memory the airport was named, also appeared in the book. 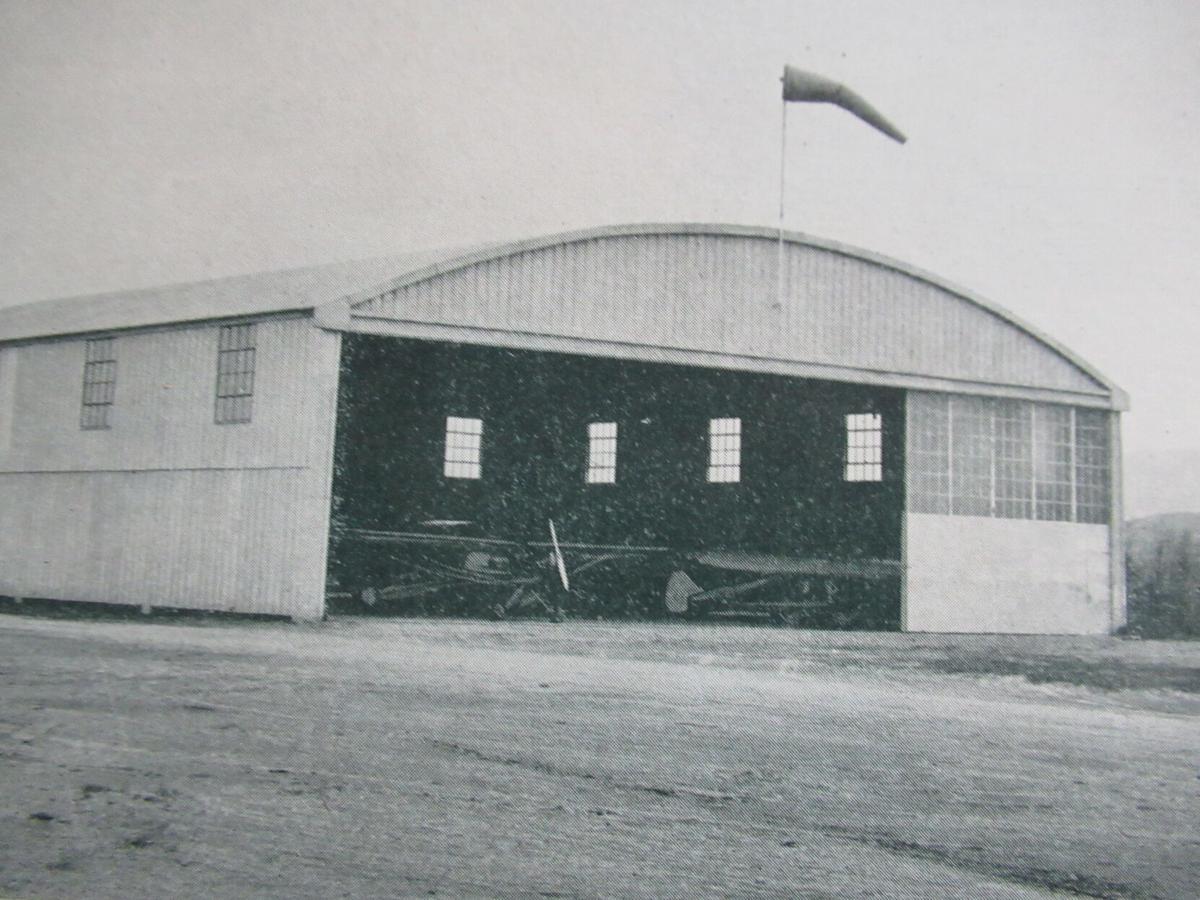 This photo of an early hangar at St. Johnsbury Municipal Airport appears in a 1937 book celebrating the 150th anniversary of the town. 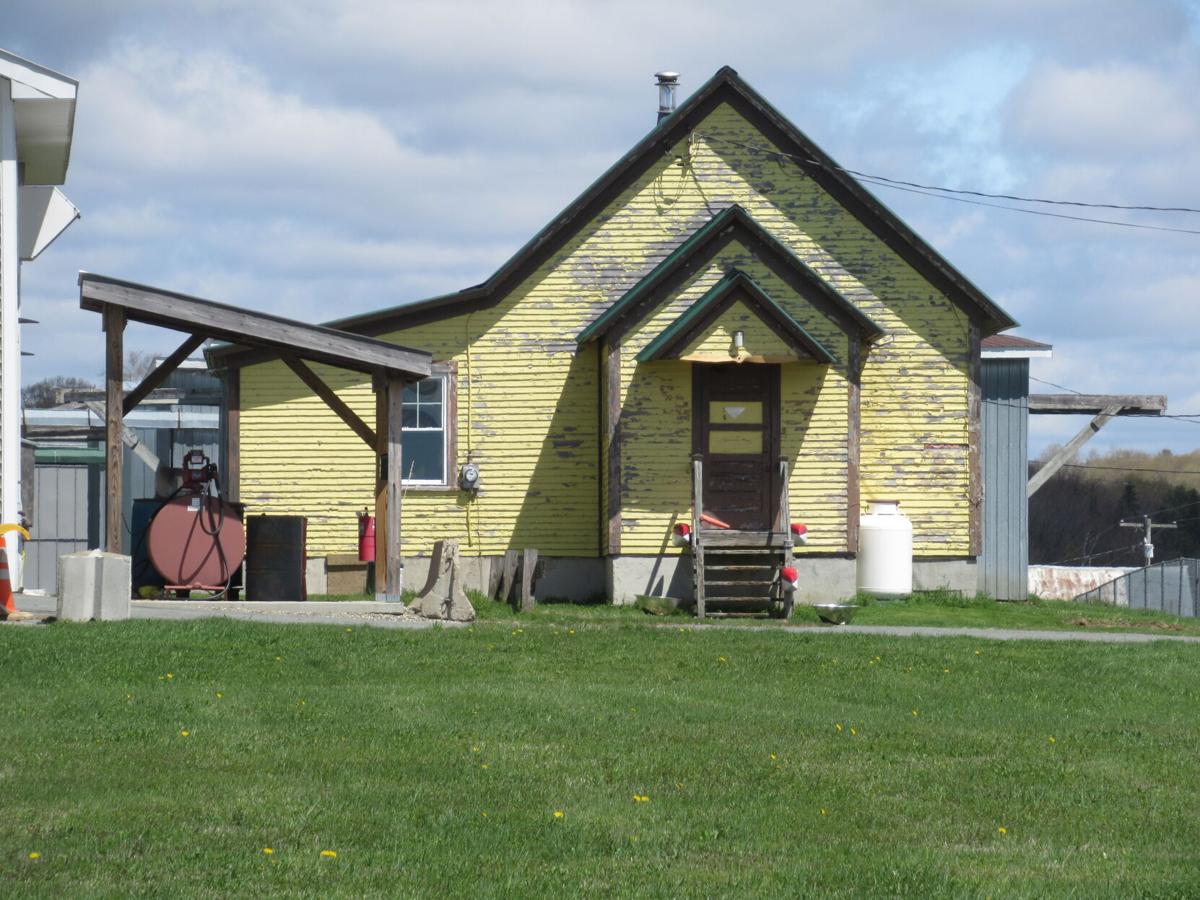 Vinnie Matteis, president of the Vermont Pilots’ Association, is spearheading an effort to use the building to house a Vermont aviation museum.

Lieut. Stetson M. Brown in whose memory the airport was named, also appeared in the book.

This photo of an early hangar at St. Johnsbury Municipal Airport appears in a 1937 book celebrating the 150th anniversary of the town.

Vinnie Matteis, president of the Vermont Pilots’ Association, is spearheading an effort to use the building to house a Vermont aviation museum.

The newest plan places the airport in the “Level 3” category; in a 1-through-4 system, a category below the Burlington International Airport.

The new plan was developed by consulting firm McFarland Johnson of South Burlington, and according to Costa Pappis, Policy and Planning Manager at the Agency of Transportation, the new status given to the Caledonia County airport is based on an analysis of designated metrics. He said it meets the Level 3 status in a “borderline” fashion.

Some would term the draft airport system plan as aspirational for the state’s 16 public use airports, 10 of which are owned by the state. Caledonia County State Airport, which is state-owned, is listed in the “Level 3” category, but it lacks many of the amenities that would truly put it in that category.

According to the draft report, the chief need would be a lengthened runway. At present, measuring just over 3,300 feet, CCSA has one of Vermont’s shortest runways. A top priority noted for the airport would be to at least lengthen the runway to 4,000 feet – although an eventual length of 7,500 feet was mentioned.

At present, however, there are no plans to fund any runway work at Caledonia County State Airport, said Dan Delabruere, Rail and Aviation Bureau Director at the Agency of Transportation.

Vinnie Matteis, a retired Air Force veteran who is president of the local aircraft owners’ association, said the runway is important, but more important than extending the length is repaving it. He said in some places there are large cracks in the surface.

Even more important than runway repair, said Matteis, is the return of an aviation fuel distribution capacity to the airport, which was removed by the state about 18 months ago. “The fuel tank and everything is there,” said Matteis, “they just need to put the fuel back.”

Matteis said the Vermont Pilots’ Association made a proposal to the state over 10 months ago to return aviation fuel distribution to the airport, allowing the local group to buy the fuel and run the service in the same way they had for 12 years. Matteis said he has written to Vermont Secretary of Transportation Joe Flynn about the issue, as well as to local legislators.

“The state is remiss in their responsibility to keep the airport viable,” said Matteis, “We need aviation fuel.” He said the 100-octane fuel was not only used by pilots, but that local farmers also purchased the fuel.

A follow up question sent to AOT about the aviation fuel issue received no response. One of the improvements noted in the draft Airport System Plan is to have self-service aviation fuel at the airport.

Future improvement projects for the airport listed in the draft airport plan include: extending the runway, having an onsite repair service, having a full-time airport manager, hiring fulltime operations staff, having self-service aviation fuel on site, and attracting a fixed-based operator to locate at the facility, somebody who would sell fuel, rent airplanes, provide repairs, and other services.

Long-term improvements listed include: having a terminal with pilot and visitor amenities, installation of runway and taxiway edge lighting, and further extension of the runway.

Although the state gets $150,000 from the FAA each year to maintain the airport, none of that money can be diverted for the investment ideas listed in the draft Airport System Plan. “The $150,000 goes into keeping the airport open and at a current safety level,” said Delabruere.

About the Vermont Airport System Plan, which is required to get funding for Vermont’s public use airports from the Federal Aviation Administration, Matteis termed it “a pipe dream.”

Although there seems to be a mismatch between state officials and local pilots about the designated status and needs of the airport, it is unquestionable that the airport is important to the region. State Sen. Joe Benning has said, “The Caledonia State Airport is an asset to the Northeast Kingdom and we should fight to maintain it … The significance of having an airport in our backyard cannot be underestimated.”

He added, “As we come out from under the weight of a global pandemic, this facility must be part of our planning in future efforts to revitalize our economy.”

Finalization of the draft airport plan is slated to take place in late June when it goes before Vermont’s Aviation Advisory Committee for a last review. The final step is certification of the plan by the Secretary of Transportation before forwarding it to the Federal Aviation Administration.

Airport has a Two Town History

The first airport in Caledonia County, built on approximately 150 acres of land, was located five miles north of St. Johnsbury Village and adjacent to the Lyndon town line, in the area now occupied by the St. Johnsbury/Lyndon Industrial Park. The airport officially opened in 1937.

When it opened, the airport had two runways and a steel hangar able to accommodate 14 “average sized planes,” according to a write-up in a book published in 1937 to commemorate St. Johnsbury’s 150th anniversary.

The total cost of the airport construction was $78,350.61 – made up of money from the federal Civil Works Administration, the federal Works Progress Administration, Vermont Emergency Relief Administration, and the Town of St. Johnsbury. The cost of the hangar construction was paid for by the town; a price tag of $8,619.61. The town also footed a bill of $114.61 – “for airmarking on rooftops at convenient points in the country surrounding St. Johnsbury as an aid to airmen as they approached the town from a distance.”

That Keystone bomber pilot, Lieut. Stetson M. Brown, died in a plane crash roughly a year before the airport’s official opening. On April 5, 1936, flying from Cleveland, Ohio, the plane he was piloting “was overtaken by (a) storm which a few hours later took hundreds of lives in its path through Georgia. The plane crashed in the terrific wind, sleet, fog, and darkness on the side of a mountain at Fredericksburg, Pa.”

Brown attended St. Johnsbury Academy, Norwich University, and was commissioned as a Second Lieutenant in the United States Cavalry Reserves. In 1934 he was accepted at the U.S. Air Corps Flying School at Randolph Field in Texas, and he culminated his training at Langley Field in Virginia.

St. Johnsbury Municipal Airport (known as Brown Airfield) operated until the 1970s. In 1968 a new airport was opened in the region – the Caledonia County State Airport on Pudding Hill in Lyndon. In June of 1976 the Pudding Hill airport’s hangar was dedicated – and that same year the construction of an office building was begun at the airport.

Caledonia County State Airport has the distinction of being home to a historic school building on site. Through the hard work of Matteis, the Pudding Hill School will soon get new life and be opened as the Vermont Aviation Museum.

After getting approval from the state to renovate and repair the historic structure, Matteis has been restoring walls, ceilings, and floors. He hopes to have an open house at the museum this summer, and he has put out calls to all of Vermont’s airports to provide historic artifacts for display there.

Matteis plans to have the museum open on Saturdays and to provide activities for young people, for example building model airplanes. Another aspect of the museum will be a flying school.

For many years, at least from 1977 to 1982, annual air-shows were staged at the Caledonia County State Airport. A flying school existed at the airport for many years, until increasing insurance rates made the business no longer viable.

For much of the life of the airport, the idea to make it a hub to fly people to and from Boston has existed, but that idea had never materialized.

Over the years, the Caledonia County State Airport has seen its share of crashes and controversy.

In 1974, a photo that appeared in The Caledonian-Record shows the site of a plane crash at the airport, a tragedy that at a distance had a comical tint. The photo shows a row of cows lined up in the background behind the crash site, munching grass lazily as they stand witness to the scene.

The airport is said to have been the arrival location for Gary Hart, the front-runner for the 1988 Democratic presidential nomination, whose candidacy was derailed during the northern New England campaign tour when his extramarital dalliance with blonde bombshell Donna Rice hit the airwaves.

In 2003 there was a drawn-out controversy involving the airport about construction of a rotating beacon as a site locator for inbound planes. A solution that calmed the controversy was the installation of pilot-controlled lighting. As pilots near the runway at night, they can turn on lights by clicking the plane radio’s microphone five times, and the lights will come on for seven minutes allowing safe landings. The lights have been arranged so that they do not shine into the windows of neighboring homes.

According to the current Airport System Report, 18 single-engine aircraft are based at the Caledonia County airport and it is listed as having an annual direct economic impact on the region of $277,500.