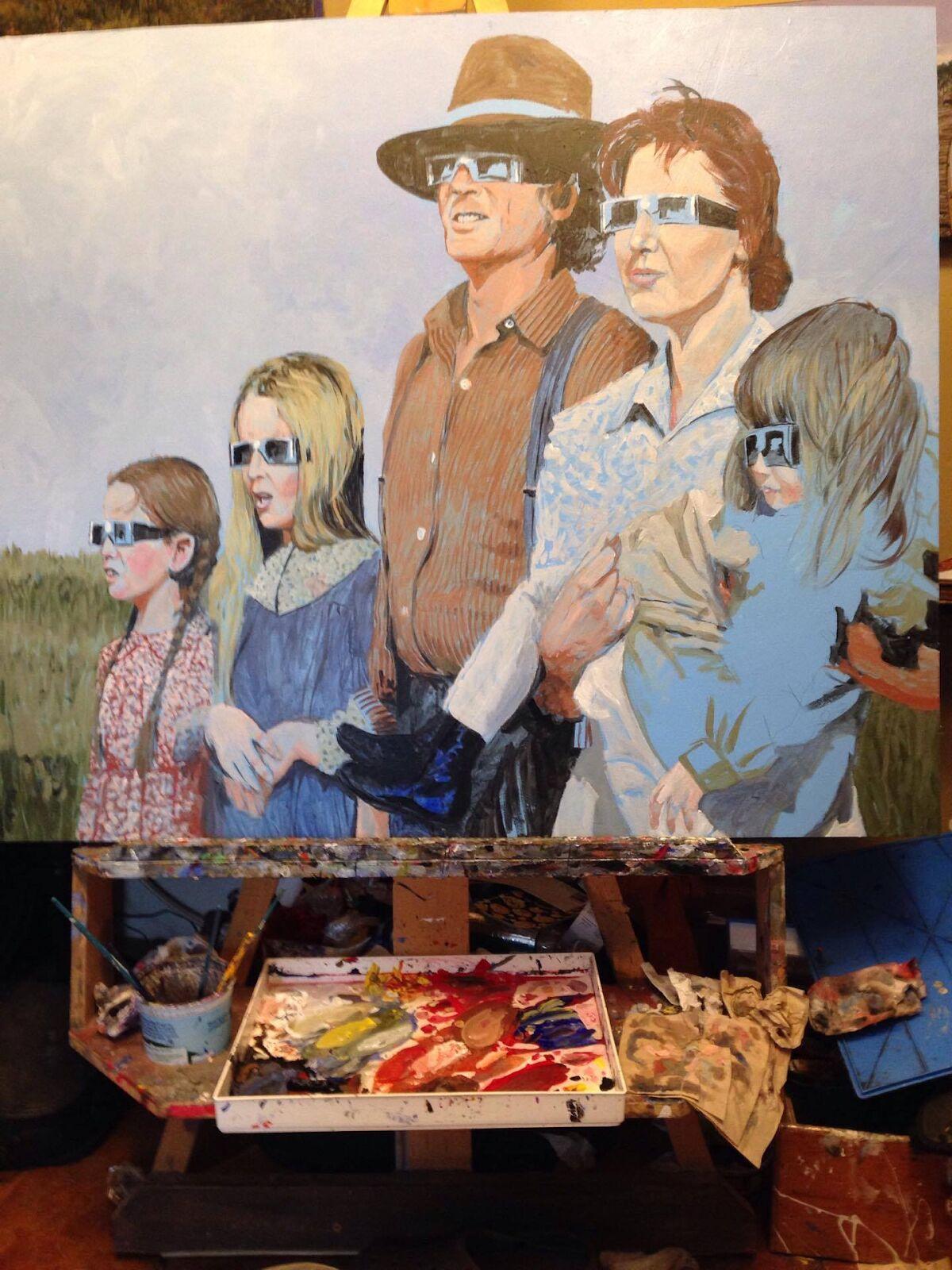 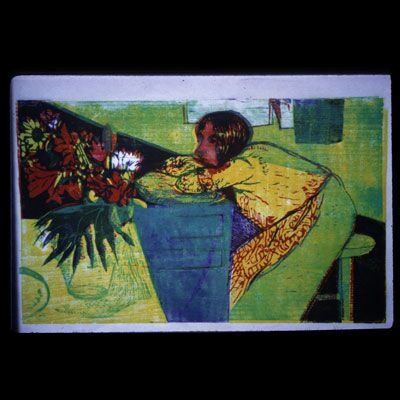 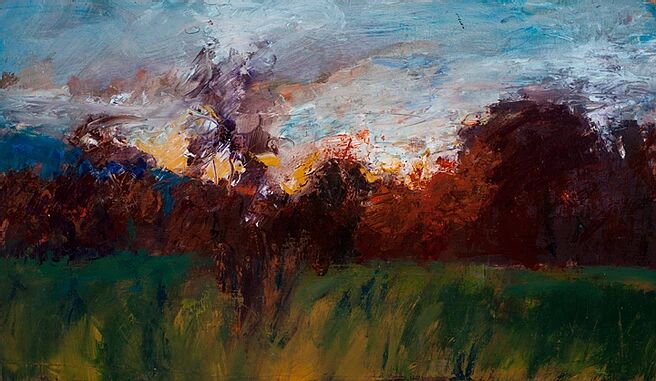 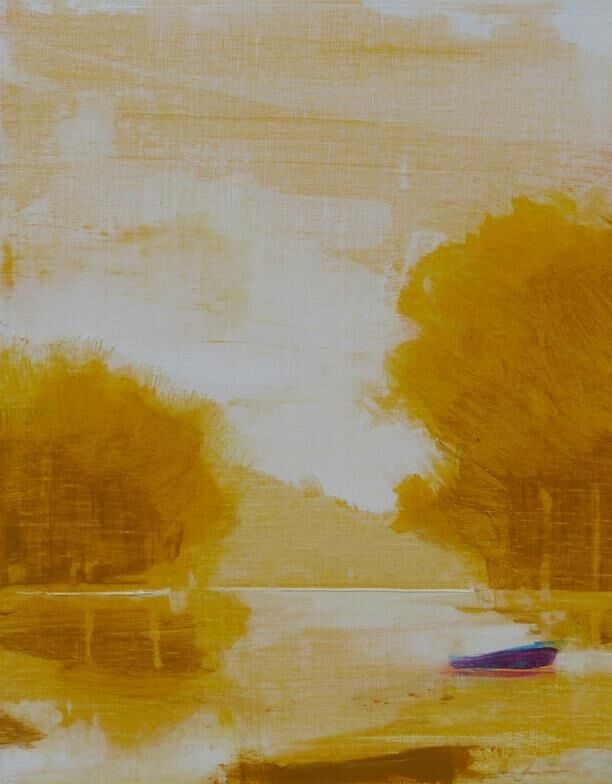 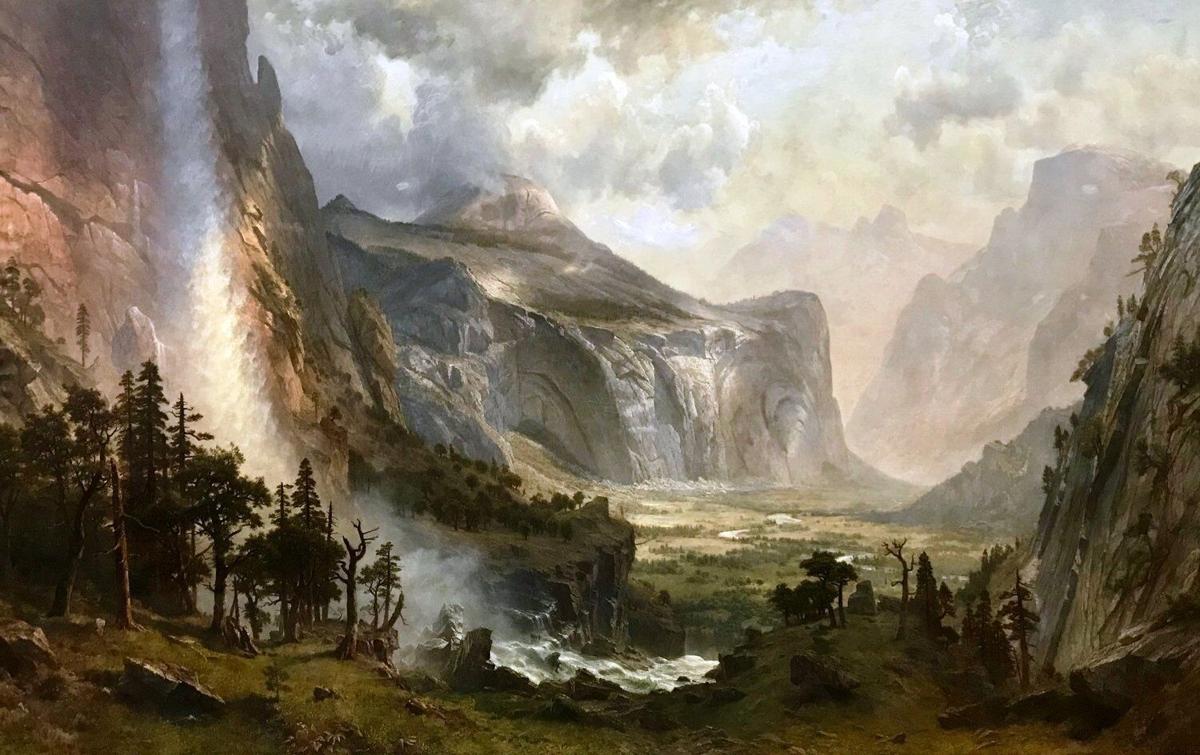 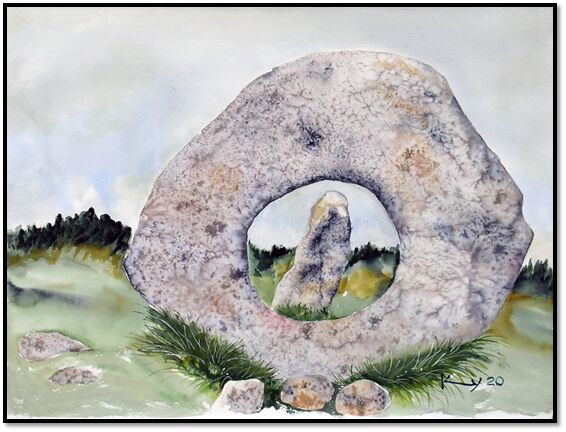 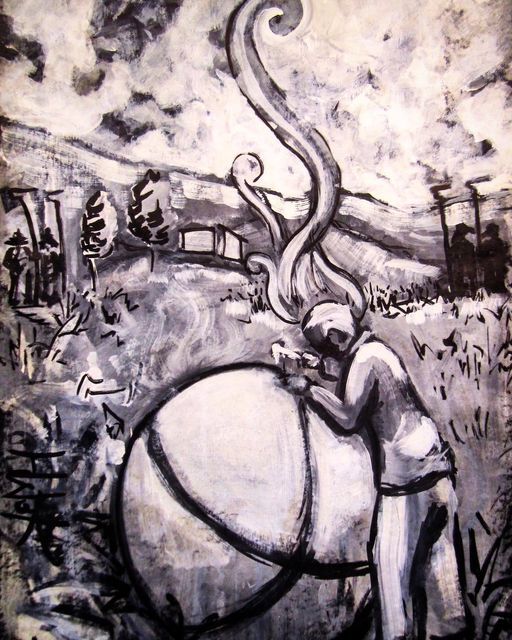 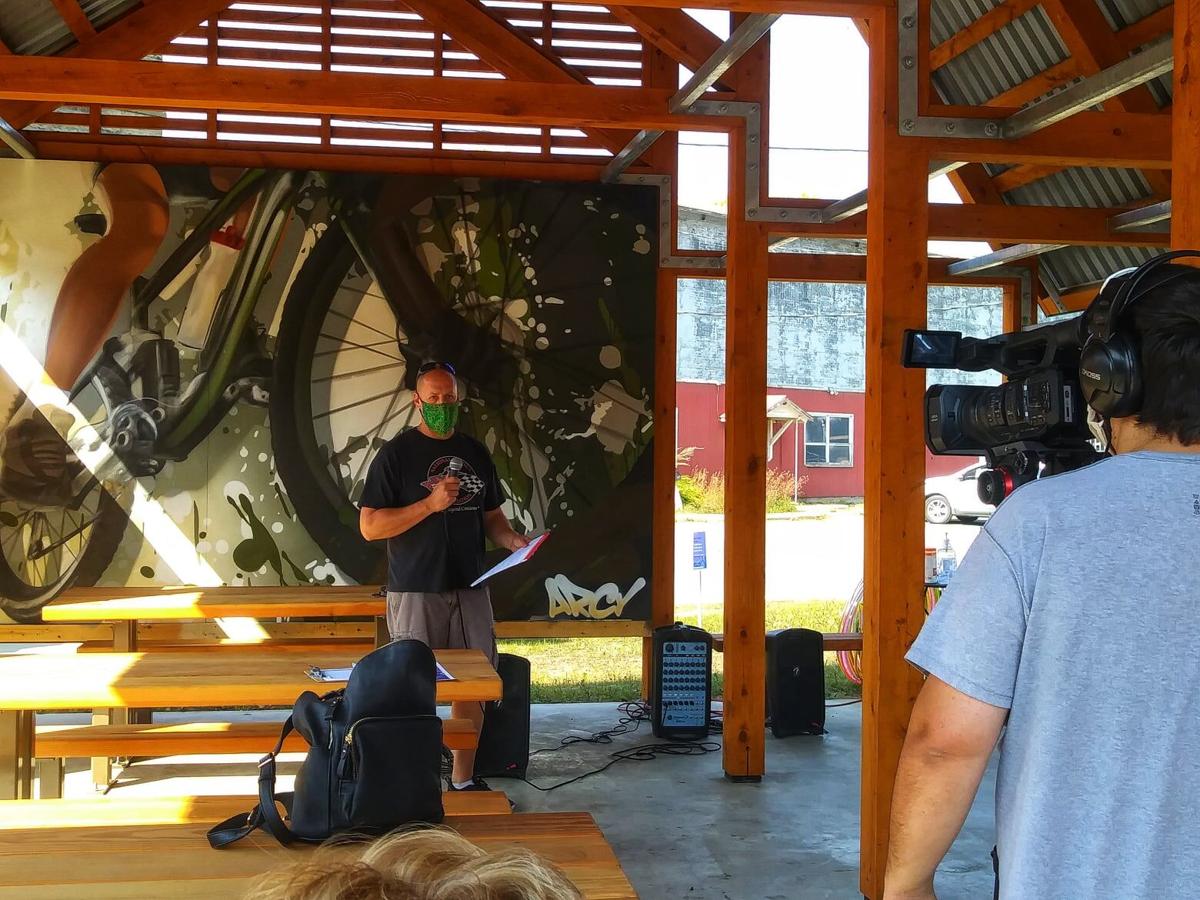 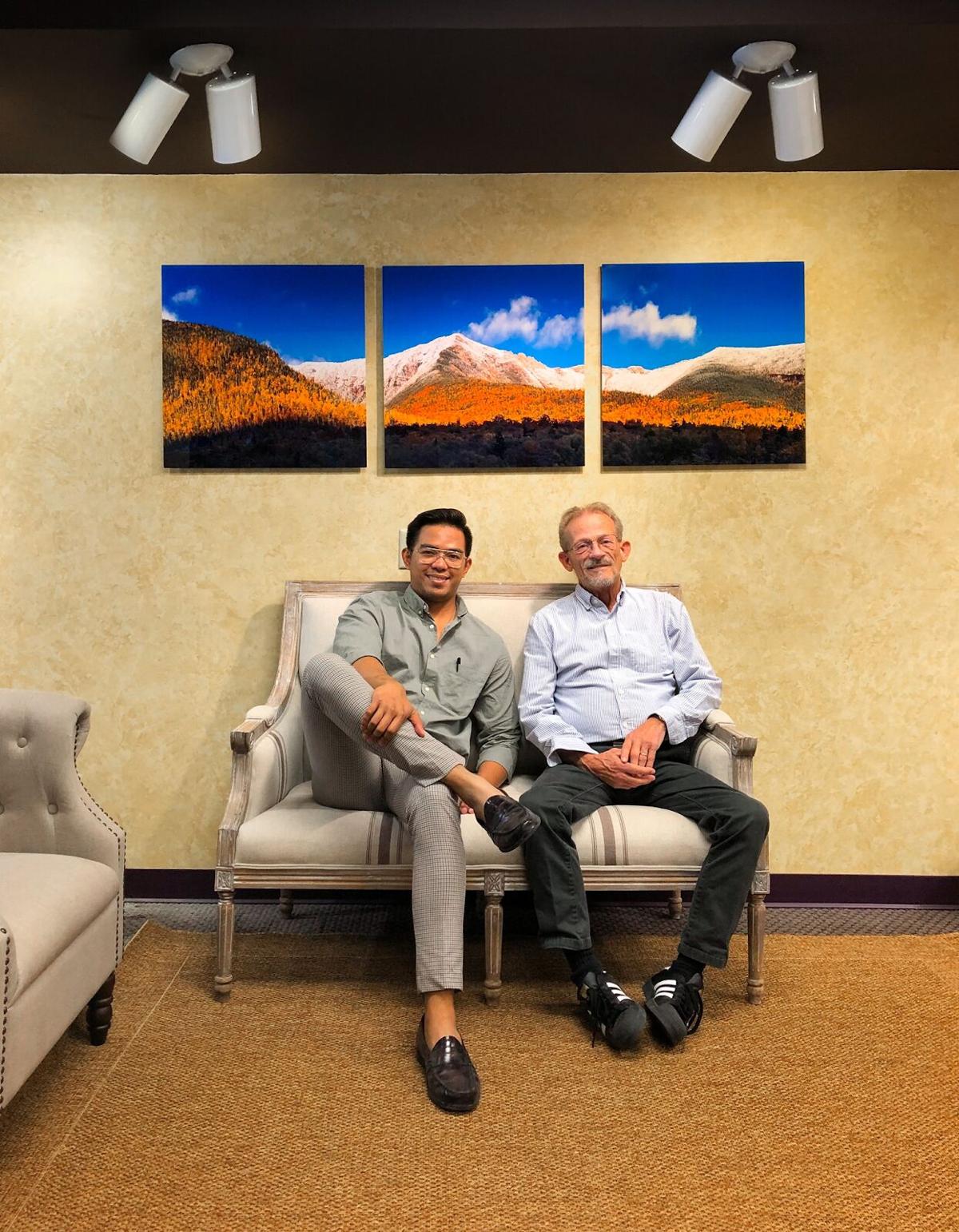 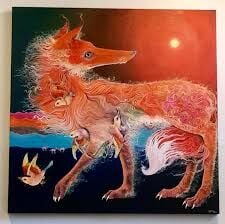 StJ Art on the Street is presenting its Autumn Exhibition, a celebration of the arts and artists who live in the Northeast Kingdom. The public art project includes exhibits in downtown windows and at Northeast Kingdom Artisans Guild, Whirligig Brewing and Cosmic Cup.

"The goal for this project is to engage the community in a meaningful place-based way while creating a vibrancy in downtown St. Johnsbury," said Heather Alger of 142 Eastern, which provides commercial space for pop-up businesses and community use. "This project began a year ago with a group of volunteers known in the community as the ‘Window Warriors.’ They gathered to fill empty storefronts with hope as we headed into the darkest time of the year."

Lorenzini’s work is on display at 418 Railroad Street. The Waterford resident also curated some of the other artists.

Laura Heijn’s has been painting the scenery of Johnson since she first arrived in 1993 for a Vermont Studio Center residency. She returned to take a staff artist position the following year. Her work is featured at 446 Railroad Street.

"I think it's great to have the artwork viewable from the street, where people can enjoy it (hopefully) in passing as they go about their daily, downtown business,“ said Heijn. “It makes it more accessible for both casual and deliberate viewing, than when it is tucked away inside an interior gallery."

St. Johnsbury Academy librarian Benjamin Barnes, originally from Colchester, has been painting his native state for decades. With past shows at the Miller's Thumb in Greensboro, the Craftsbury General Store, and the NEK Artisans Guild, currently, his work is featured at 418 Railroad Street.

The work of printmaker Naomi Bossom is on display at 446 Railroad Street.

"I enjoy having my work in storefronts for the public to enjoy," she said. "I think it adds something pleasant to the town and a feeling of more liveliness than bare windows can. It also gets it out of the studio where it may be seen by no one but me."

Bossom has exhibited at Catamount Arts and Northeast Kingdom Artisans Guild, as well as numerous other venues. She is a contributor to Arts Connect at Catamount Arts, a program that places original artwork in area nonprofits. Her work can also be seen in storefronts in Lyndonville, where she lives.

"The Satellite Gallery is an empty store turned into a gallery on Depot Street in Lyndonville,” she said. “Martha Elmes and Ellie Barksdale curate shows and organize art activities there. Next month there will be art in storefronts for a winter show. Kids are working on a mural outdoors, etc. I just submit some prints and help hang work. You can never have too much art around, right?"

Trenny Robb, of Sutton, creates unique copper and brass lighting and lampshades made with real leaves, petals, mica, fabric, parchment, and various other materials. She began work in 1980 with Victorian reproductions and restoration work and now takes inspiration from the Arts and Craft era. Her prints are on dispaly at 452 Railroad Street.

Another new mural by globe-trotting street artist Arcy at the bike pavilion offers a less temporary opportunity to appreciate art outside, as do the mosaic bench and flower planters in front of the Catamount Art Center by Mary Tapogna.

"As fall sets in, I am working on my ongoing series of lamps. The season for sure makes them desirable to work on," said Topagna, a mosaic artist and photographer based in Portland, Oregon.“I would love to do an installation in one of the vacant storefronts in St. J."

Not all local art need be sought outdoors. In addition to the permanent collection at the St. Johnsbury Athenaeum gallery, the watercolors of area arts educator Sharon Kenney Biddle are on display at the Northeast Kingdom Artisans Guild through Nov. 21 in the Back Room Gallery at 430 Railroad Street.

Art, along with coffee, is a regular feature at the Cosmic Cup Cafe, 139 Eastern Avenue, where self-taught visual artist Emma McGuire is currently showing. A native of Tucson, Arizona, McGuire's art education began at Flagstaff's Pine Forest Waldorf School and then continued to in the advanced placement program of St, Johnsbury Academy. Her favorite things to paint are predators such as wolves and foxes, capturing their soft and innocent, yet occasionally unsettling appearance.

"To see the beauty in everything is a wonderful gift,” she said, “and I believe we should all strive to do so."

At Central Cafe, the photography of native Vermonter Shaun Terhune can be viewed. Though he has since moved to northern New Hampshire, Terhune grew up in a log house his family built in the Northeast Kingdom. The love of the natural environment that was instilled in him is evident throughout his work. He finds his greatest inspiration with the majesty of the White Mountains, as evidenced by the six-foot panoramic centerpiece of the exhibit, a portrait of Franconia Ridge.

Coinciding with the Autumn Exhibition is the inaugural exhibit at Whirligig Brewery, located at 397 Railroad Street. Rural multidisciplinary artist Harlan Mack's work encompasses painting, sculpture, oral narrative, and poetry. Harlan’s narratives are built around a fictitious future that contemplates themes related to life’s experience and pieces of life yet to be arranged.

The Autumn Exhibition will be followed by the StJ Art on the Street Winter NEK Starlight Exhibition which will use the same storefronts and an additional storefront on railroad street that is currently being used by the Democratic Party. "Of course, the storefront use is subject to change," Alger acknowledged. "The goal is to have businesses rent these spaces."

Contact information for artists can be found at the individual venues for anyone who wants to purchase one of the works on display.

StJ Art on the Street involves collaborations between the community volunteers who make up the Window Warriors, part of the St. Johnsbury Chamber of Commerce; Northeast Kingdom Artisans Guild; Catamount Arts; the town of St. Johnsbury; 142 Eastern; Garrett Property Management; Aine Baker; and Rural Edge. StJ Art on the Street was designed by Craig Harrison, who is based in Peacham.