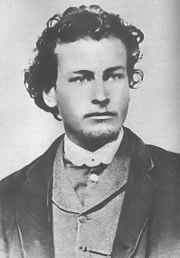 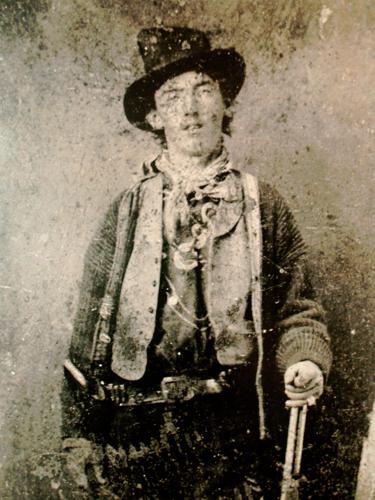 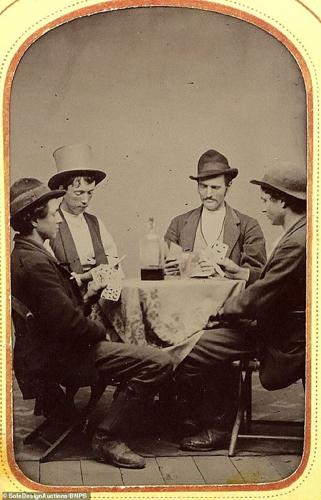 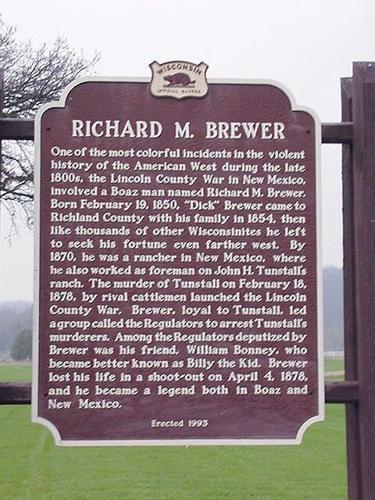 A marker in Boaz, Wisc.(Courtesy Photo)

Richard “Dick” Brewer, the Green Mountain gunslinger who rode with Billy the Kid, was born in St. Albans in 1850.

Nine years later, Henry Atrim was born in the Irish slums of New York City. Atrim, who would later be known as William H. Bonney, eventually rode into western legend as Billy the Kid.

Located on the shore of Lake Champlain, St. Albans in 1850 had a population of 3,567 people. The new opening of the Boston–Montreal rail service brought new businesses and a flow of traffic.

Dick Brewer did not live in St. Albans long. At the age of four, his family moved west to Boaz, Wisc., then to Missouri, and from there down to New Mexico. The future outlaw would not be in St. Albans in October 1864 when a party of confederate raiders stormed the streets from Quebec, in the most northern action of the Civil War. They robbed three banks, killed a man, and escaped back to Canada.

As a young man, Dick Brewer purchased a farm and planned on becoming a full-time farmer, but things did not work out, so at the age of 26 he was hired by cattleman John Tunstall, owner of one of the largest spreads in Lincoln County, New Mexico.

Born in London, England, John Tunstall found himself in direct competition with the Irish pair, Dolan and Murphy, who controlled trade, politicians, and Lincoln sheriff “Irish” William Brady. They were determined to put Tunstall out of business.

In response to their threats, John Tunstall hired William Bonney, now known as Billy the Kid. Billy and Dick Brewer headed up a small gang of roughnecks on the ranch that Tunstall had recruited to guard him and protect the property.

Soon the Vermont-born Dick Brewer and Billy the Kid became friends. Billy looked up to him like an older brother, and Brewer viewed Billy as his young and dangerous sidekick. Armed with their Colt revolvers and Winchester rifles they made an imposing sight while patrolling the Tunstall property on horseback, and in the town’s streets and saloons. As the feud between Tunstall and the Irish monopoly came to a fever pitch, the two stood ready for gunplay.

On February 18, 1878, Sheriff Brady and a posse on orders from the corrupt monopoly went to Tunstall’s ranch to take his cattle. During a heated chase and gunfire, Tunstall was shot to death.

Dick Brewer and Billy the Kid were transporting horses that day and were ambushed. By the time they outran their adversaries, it was too late, and they dismounted from their horses and stood by the body of the dead rancher and horse. Billy the Kid and Dick Brewer swore revenge.

The death of John Tunstall triggered the beginning of the Lincoln County War, between Dick Brewer, Billy the Kid, their Regulators, and Sheriff Brady and the Irish connection.

When the smoke finally cleared, 19 men had been killed on both sides including Dick Brewer, and Billy the Kid became a legend.