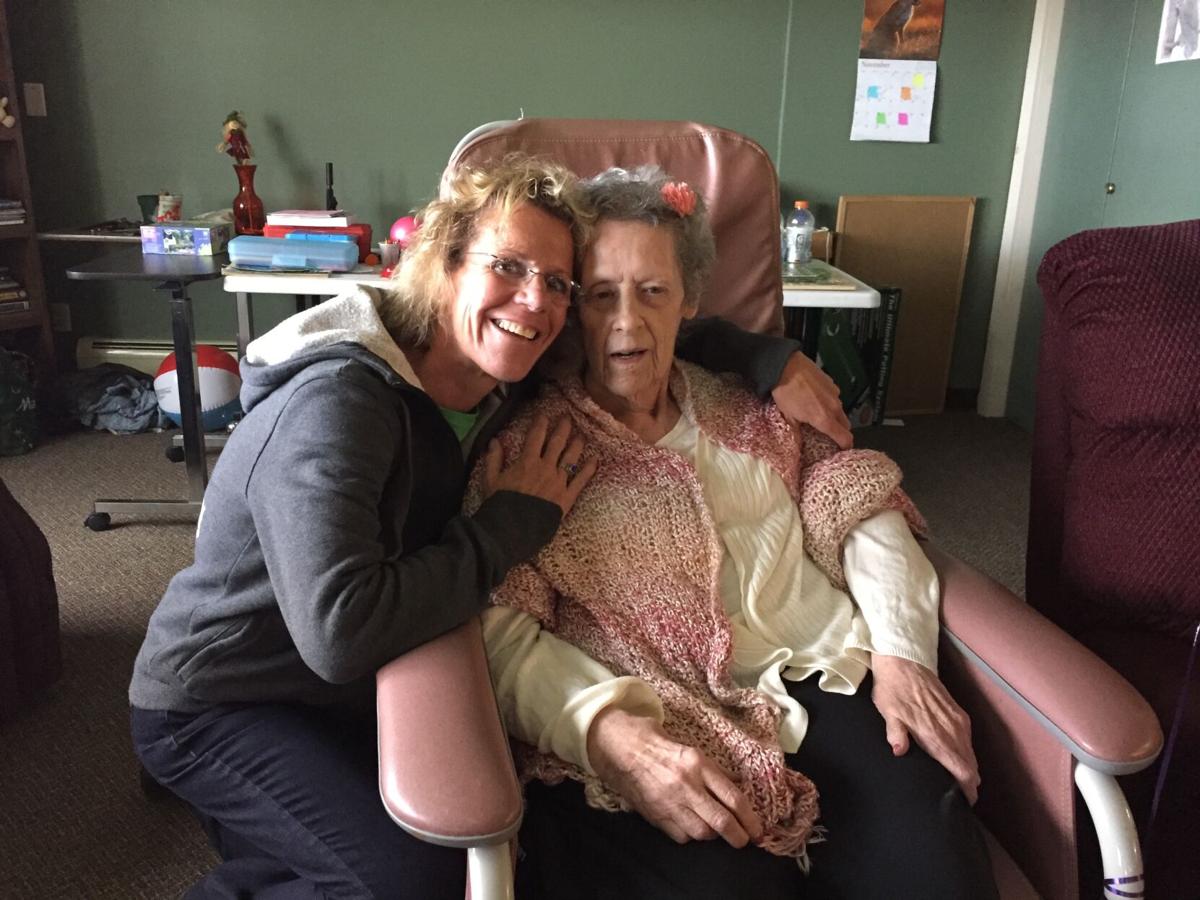 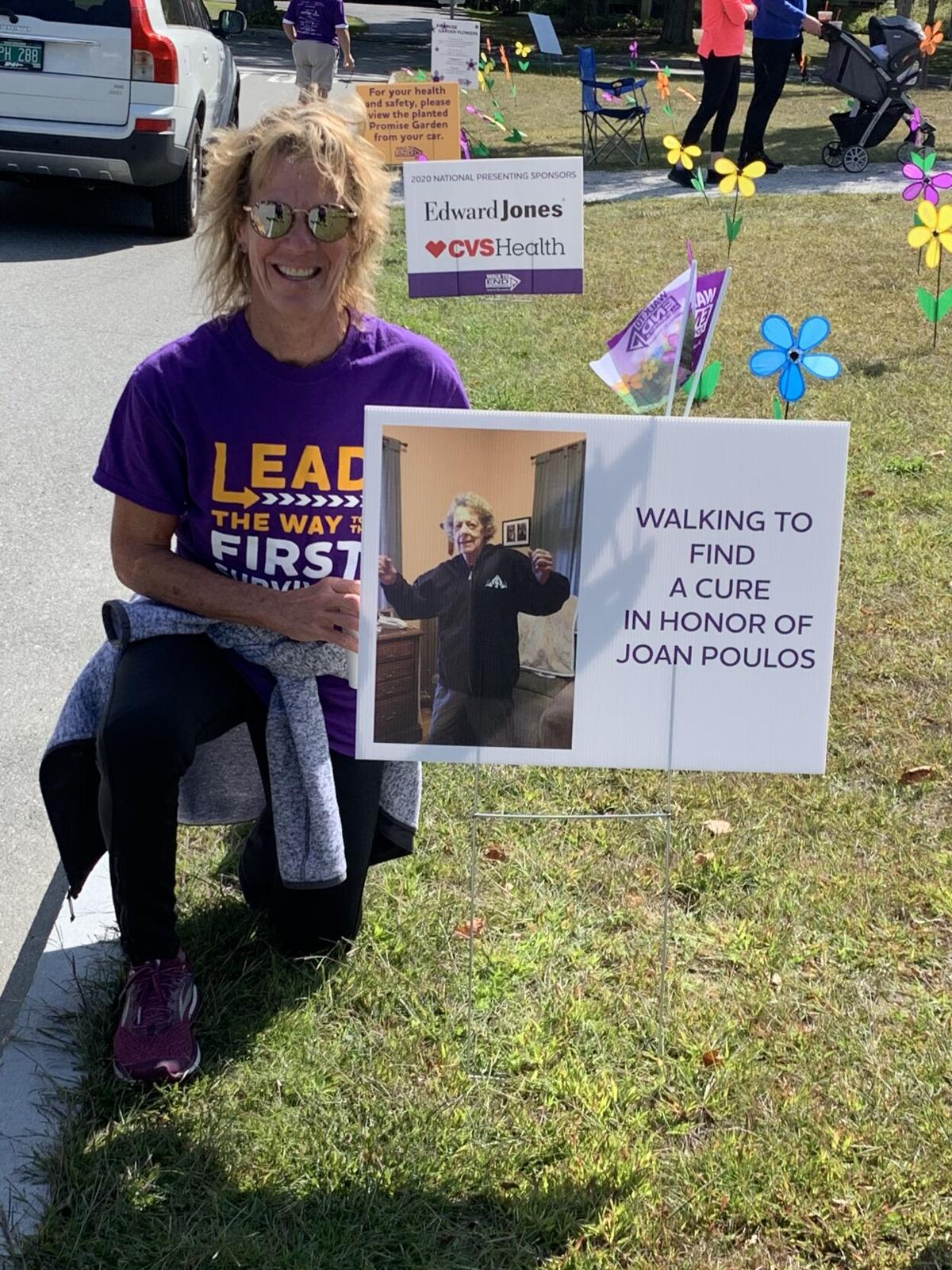 Alzheimer’s Disease has been called, “the disease that steals the self.” My relationship with Alzheimer’s disease began in 2007 when I noticed my mother was having a difficult time with normal, daily activities such as controlling the heat in her house, running the tv remote control, and balancing her checkbook. She would continually repeat herself and her short-term memory was becoming worse and worse.

In 2008, we resorted to hiring caregivers that would come and spend the day with her. As time went on, we had to hire them to care for her during the night as she became unable to manage her medications and meals; and her confusion and frustration became apparent.

Almost three years later, we admitted Mom to an assisted living home, where she could be looked after closely and I did not have to worry about a void in the caregiving schedule. It was at this assisted living home that one day she looked at my daughter, her oldest grandchild with whom she was very close, and said, “Have we met?” It was heartbreaking.

It wasn’t long before my mother needed more aggressive care (day and night), so we begrudgingly admitted her to a nursing home. We felt defeated. Here they would assist her with bathing, eating, getting dressed… all the activities of daily living that she had forgotten how to do.

I would visit her as much as I possibly could. However, my heart would break when I walked up to her and she would look at me and smile, with this indescribable blank look as if to say, “I know I should know who you are, but I don’t.” But she always smiled at me…that was how I knew that deep down she still knew that I was someone that loved her. There was still a strong bond between us.

Eventually, my mother could not speak in full sentences, and we would have to read her “body language” to tell what she was feeling. I would savor every precious moment with her as I fed her, read her stories, held her hand, or was just “there” with her.

The Alzheimer’s Association has several statistics about the disease both nationally and closer to home.

The disease affects more than six million Americans. One in three seniors dies with Alzheimer’s or another dementia. It kills more than breast cancer and prostate cancer combined.

Over 11 million Americans provide unpaid care for people with Alzheimer’s or other dementias. These caregivers provided an estimated 15.3 billion hours valued at nearly $257 billion.

Of the total lifetime cost of caring for someone with dementia, 70 percent is borne by families – either through out-of-pocket health and long-term care expenses or from the value of unpaid care.

The 2021 Northeast Kingdom Walk to End Alzheimer’s is scheduled for Sunday, Sept. 26 at the Welcome Center in St. Johnsbury. Registration starts at 9 a.m., the incredible Promise Garden opening ceremony commences at 10 a.m. and the walk will start at 10:15 a.m.

If you are interested in walking, registering a team, volunteering, or donating, please access this link: act.alz.org/Vermont. Registering now saves you time on walk day. We need you. This local, community-oriented event helps to raise awareness and funds to fight against Alzheimer’s disease. Funds raised by the walk ensures that the Alzheimer’s Association’s programs, services, and educational outreach are available free of charge to anyone affected by Alzheimer’s or another dementia.

Together, our families and friends, co-workers, school teams, social and community groups display combined strength and dedication in the fight against this devastatingly debilitating disease.

Feel free to contact Nancy Poulos, the NEK Walk to End Alzheimer’s Chair: napoulos@alz.org, or Jenna Smith, the Alzheimer’s Association Development Manager: jemsmith@alz.org with any questions you may have.

Help us put an end to the suffering caused to so many by this horrible disease. Let’s put an end to “the disease that steals the self” from which no one is immune.