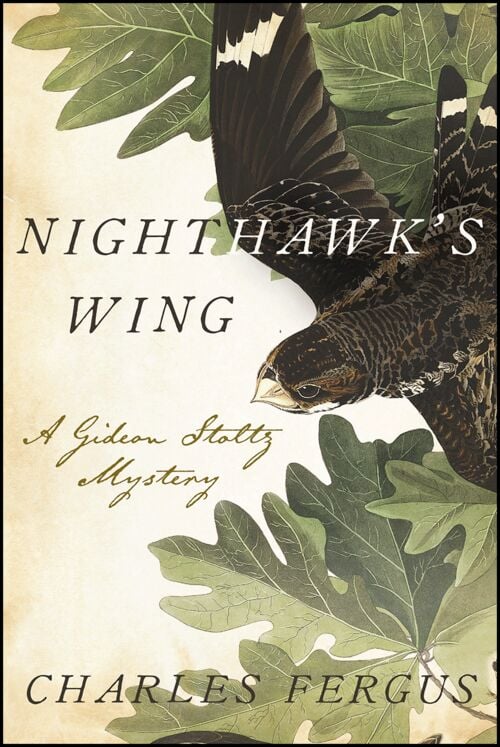 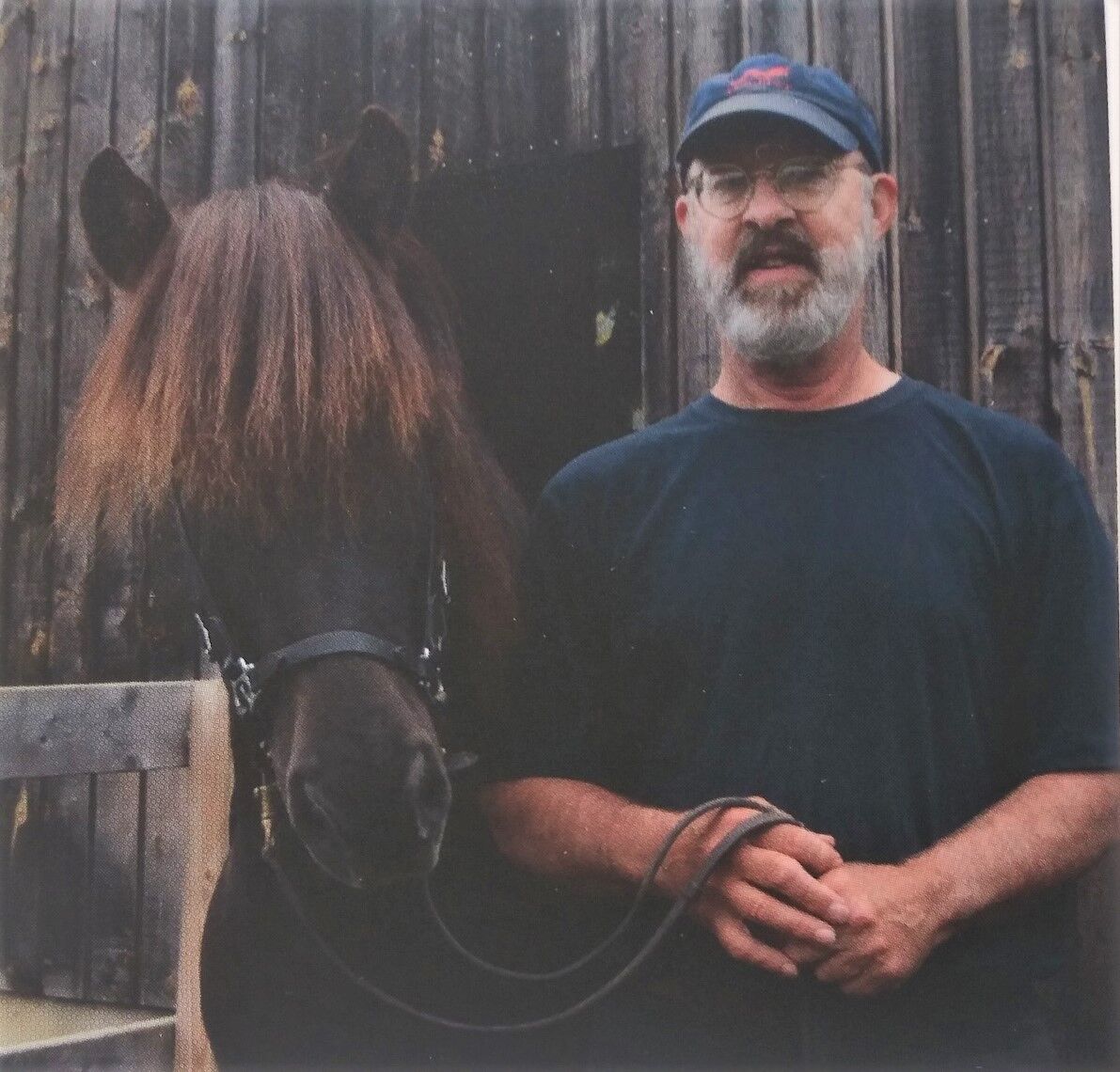 With the shadow of Thy wing.

The Nighthawk is a nocturnal bird that keeps a foot in two very different realms. The deep dark of night and the brightness of days. With the mottled camouflaged bird, like so many of the characters in Charles Fergus's new novel, ‘Nighthawk's Wing,’ there is a light on the outside, covering deep darkness just below the skin.

Set in 1836, this beautifully written novel, masterly related, is the second in the author's superb historical mystery series. Set in the town of Adamant, deep in rural Pennsylvania Dutch country, it is a story rich with atmosphere, historical detail, and depth. The novel features the return of the young Dutch sheriff Gideon Stoltz, who last appeared in, ‘A Stranger Here Below.’

As the story begins, the “Dutch sheriff,” as many of the townsfolk call him, is suffering from a severe head injury, and some loss of memory after a fall from his horse, Maude.

Gideon has been summoned by a young boy who lives on a farm in Sinking Valley, at a Dutch settlement, to investigate the murder of the lovely and mysterious, Rebecca Kreider, whose mutilated body has been found at the bottom of a sinkhole on the farm's property.

Many of the folks who live there were fearful of Rebecca, and called her a hex, a witch. Others called her an herbalist, a healer. Rebecca was a striking young woman, lusted after by many men. She had spent three years in the Eastern State Penitentiary for murdering her abusive husband. While in prison she spent her days at the loom, and her solitary nights in an eight by 12-foot cell. The only sign that someone had once spent time there were a few words scratched low on the wall: “God will carry me, my wings are broke.”

Rebecca could have no mail, no visitors, and was not allowed to talk to anyone. Her only visitor came to her every night. A strange silent presence, real or imagined that glided down to settle on her cot. When released from prison the Nachteil, the Nighthawk, goes with her to Colerain County.

After the dreadful viewing of what remained of Rebecca's body and the crime scene, Gideon has flashes of memory from her last night alive and before. Was he with her? Could the young married sheriff, still deeply in love with his wife, True, have also lusted after Rebecca? Should he also consider himself a suspect? Why did he go to her cabin on the last night of her life? Could he be guilty of murder?

Back in Adamant, his wife True is still enveloped in a deep depression following the death of their little son, David, who had, like so many others, died from the terrible flu epidemic. Constantly in tears, True can barely feed herself, or have any desire to leave the bed. True has turned away from her husband, and has not found the strength to do anything but blame herself, question her faith, marriage, and grieve.

Then one morning while Gideon is still away, True rises and gets the old horse Jack, from the stable, deciding to go to her dear grandmother's cabin miles away. The grandmother, Arabella Burns, like True, has the second sight, and perhaps the wise medicine woman can shelter and pull True up from the black pit of despair she has sunk into.

Every character in Nighthawk's Wing is fully formed by the author, and all will draw the reader in wanting to learn more about them as the story unfolds. The reader also learns about Dutch culture, farming, faith, and the lyrics of shape-note hymns. Of the workings of a blacksmith, plants that heal and plants that can kill, and of a community facing prejudice, still believing strongly in witchcraft, spells, portends, and ghosts.

One can almost feel the muscle of a loyal horse as it trembles under a rider's legs, smells the fresh rain on swaying crop fields, taste the sweetness of homebrew on the lips, and inhaling the rich aroma of gun powder and freshly turned earth.

The restful moments of listening in the sunset of the evening to the katydids calling from the surrounding forests, and the hinting of redemption, of a rekindling, as two souls turn to one another.

Charles Fergus' Nighthawk's Wing is a fierce wonder of a novel.

Charles Fergus was raised in central Pennsylvania, he now lives on a farm in the Northeast Kingdom with his wife, writer Nancy Marie Brown, and four Icelandic horses, which he rides most every day in spring, summer, and fall. The author has said that he is particularly attracted to historical thrillers set in early America because they teach us about a time and place that can seem both deeply familiar and utterly strange, as they examine human emotions and motivations that are shared by people down through the ages.