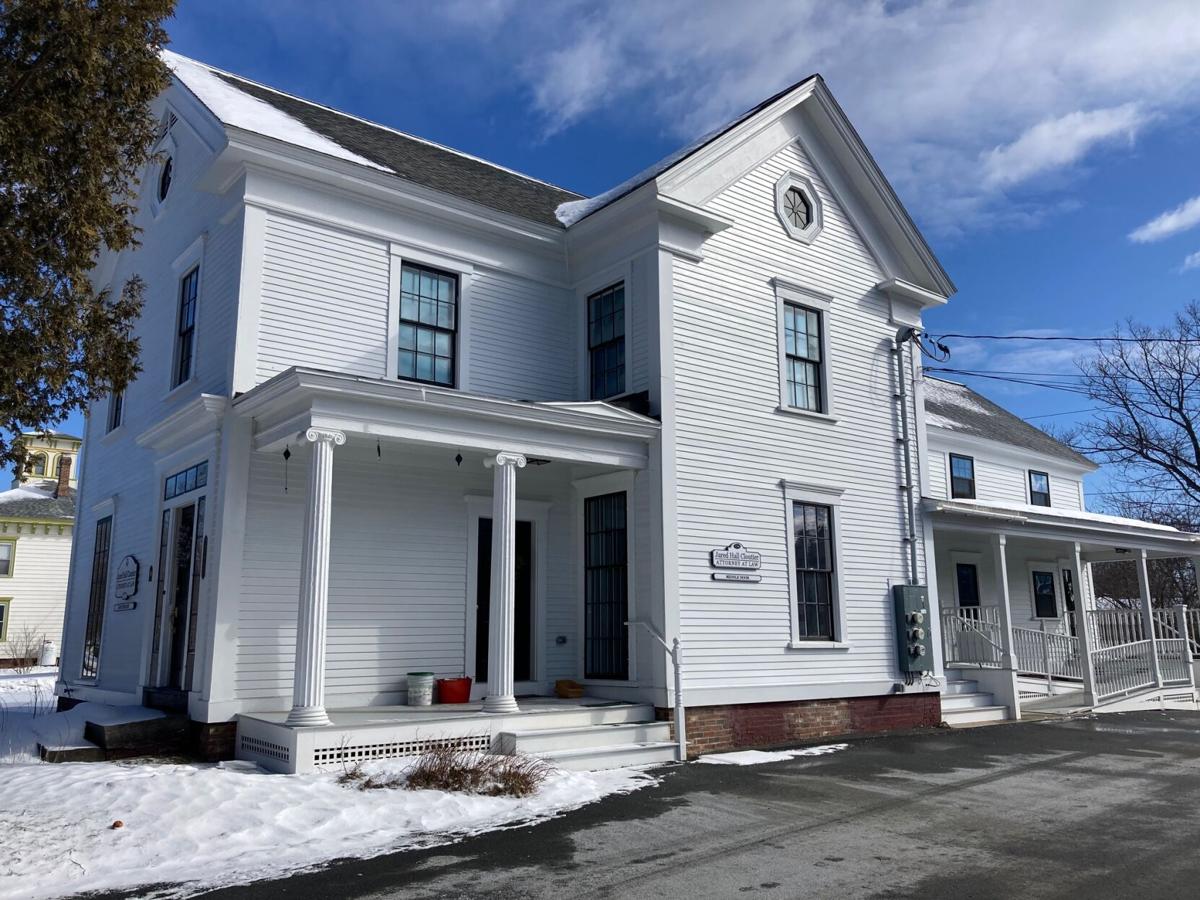 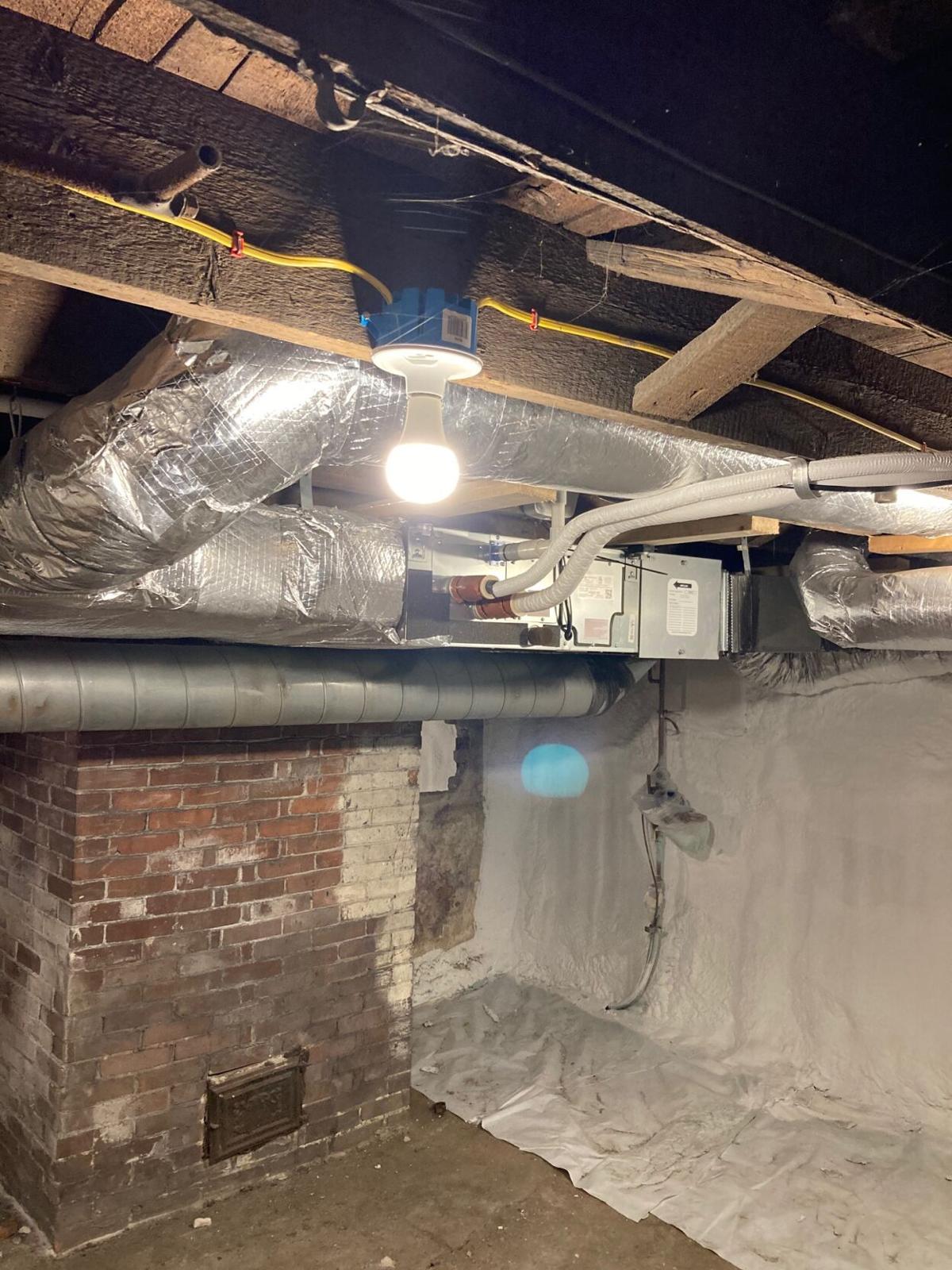 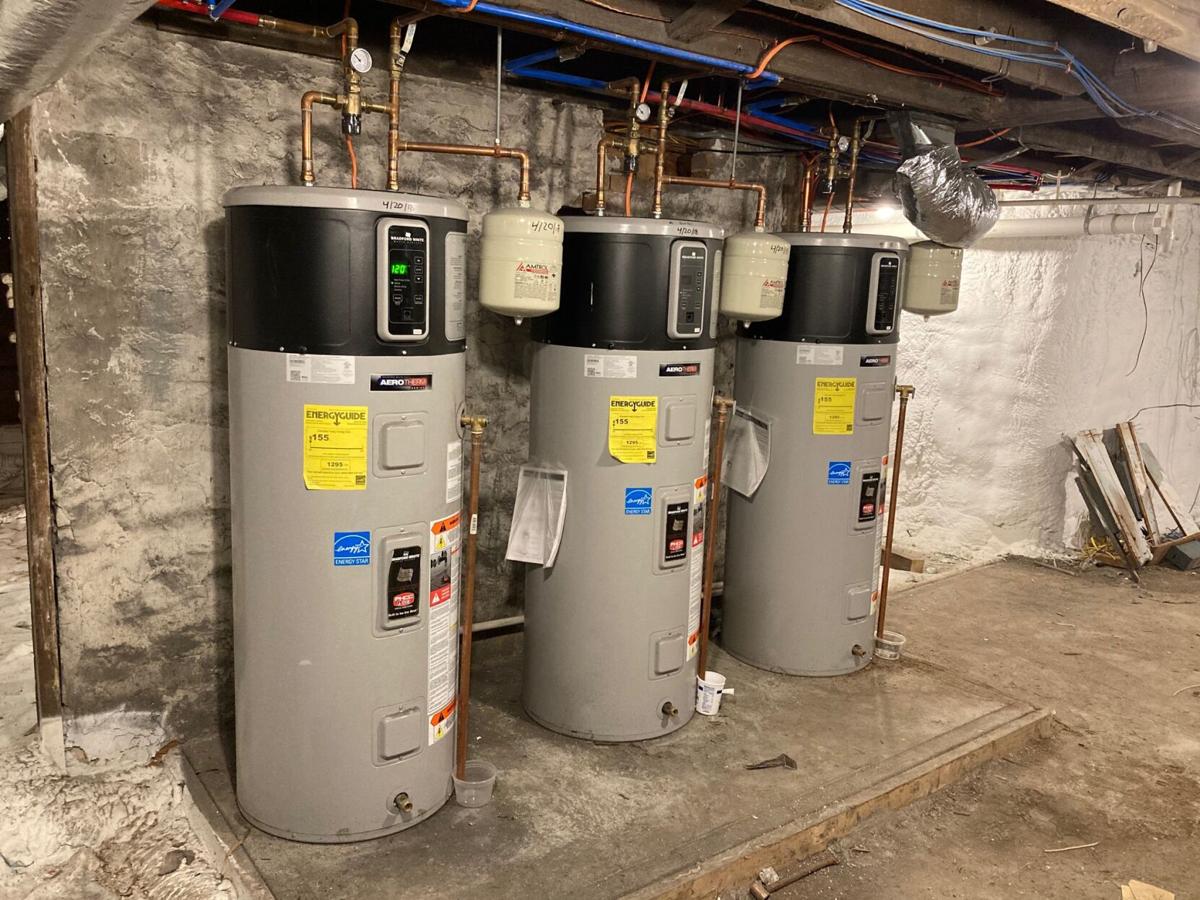 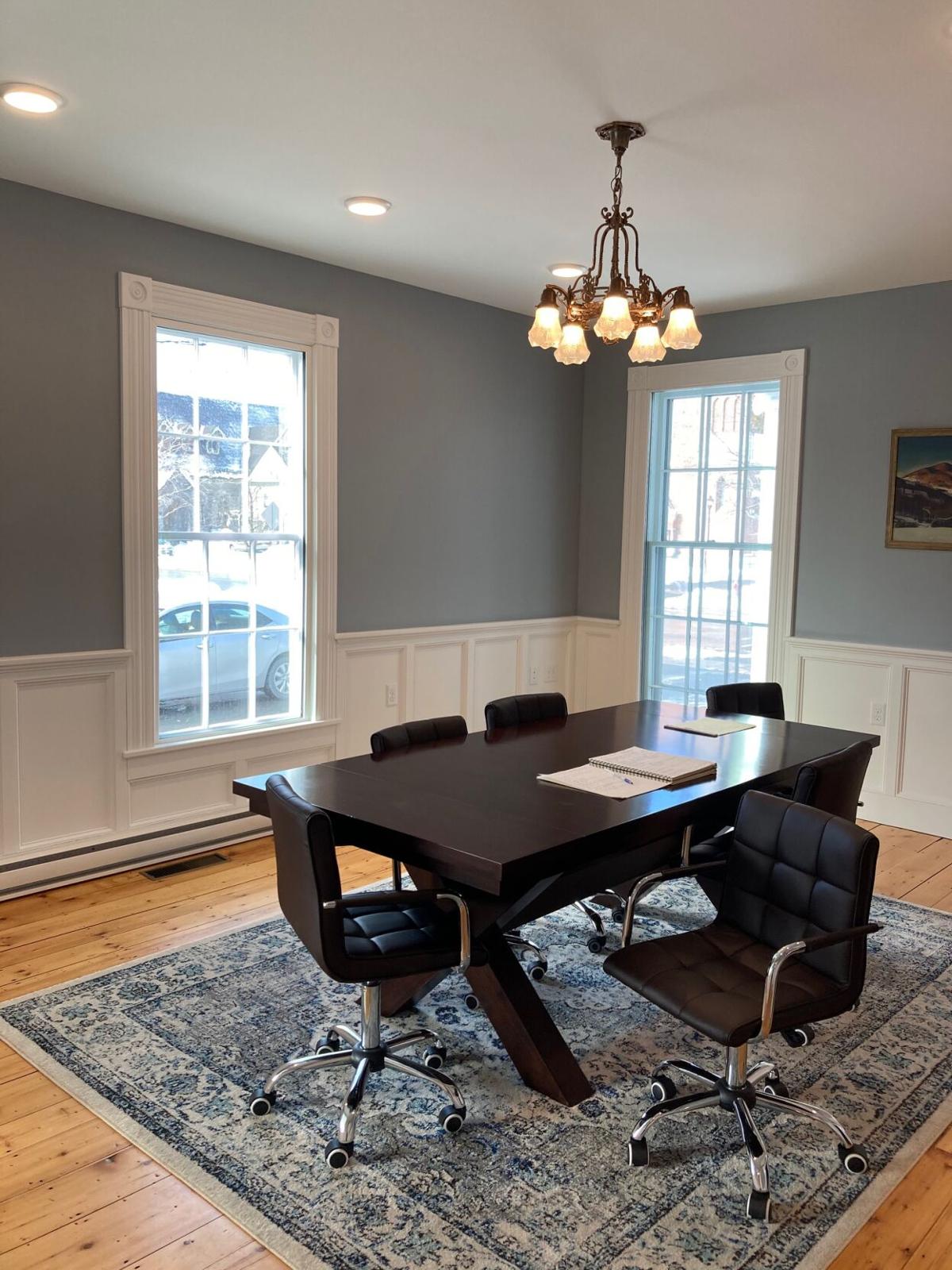 “I wanted to do something for the town, the environment and myself,” was how Jared Cloutier put it when asked about his three-year renovation of the house on the corner of Main and Maple Street in downtown St. Johnsbury.

The building is familiar to several generations of locals as the longtime office of Dr. David Toll, a former St. Johnsbury pediatrician. Built around 1865, the Greek-revival style house has been transformed into two-apartments and a law office for Jared, who moved into his new quarters in October of 2020.

Being the son of a building contractor and wanting to stay in the new location for the long run, Jared eyed the extent of the renovation project with realism. He wanted to spend money wisely and viewed the project from a landlord’s perspective. He also wanted to “go green,” which he felt would be cheaper in the long run.

Almost nothing had been upgraded in the building in decades. There were drafty single-paned windows and plaster-and-lath walls with no insulation behind them, not unusual for old houses in Vermont. An old oil furnace heated the place, after the coal burning furnace was replaced. There was still plenty of coal in the basement, which was Jared’s first job to remove when the renovation started.

“I did the grunt work, my father did the finish work,” Jared said, and all the rest was carried out by several contractors from the Northeast Kingdom.

Since an energy-efficient upgrade was to be retrofitted into an existing house, requiring a complete gutting of the interior, Jared hired an engineering firm to design a plan of action.

The most important part of the efficiency improvement was increasing the amount of insulation in the walls and attic and at the foundation. The old 2x4 lumber needed an extra 1.5 inches to bring the walls out to 5.5 inches deep - so that foam insulation could be sprayed in and bring the insulation value to near R-40. The foundation was spray-foamed to achieve R-26, and the attic was insulated using a combination of spray foam between the rafters and a deep layer of cellulose to achieve R-80.

For heating the whole house, three cold climate heat pumps were installed outside, to service the two apartments and the downstairs office. These type of high-efficiency heat pumps have units that can be installed either on interior walls or hooked up to a central heating system. It uses electricity to harness energy from the surrounding air and pump it indoors in the form of heat, much like an air-conditioner does, except in reverse. These systems can be used as air conditioners in the warmer months. But the real value of heat pumps is that they achieve efficiencies anywhere from three to six times higher than conventional heating technologies and create less emissions if run with renewably-sourced electricity.

The house was sealed against air-leakage and new windows were installed. Since the house is now insulated and sealed tight, a ventilation system was required as well, so that excess moisture doesn’t build up and cause mold. In the basement, foam covering the foundation overlaps heavy sheet plastic, which covers any dirt floors that might transfer moisture into the house. The air exchangers bring in fresh, less humidified air for both health and comfort reasons.

The heat pumps work well for outside temps above 19-below zero. For temperatures below that, Jared installed backup baseboard electric radiators, which he said wasn't needed this past winter. In fact, he’s amazed at how reasonable his electric bills have been so far. His summer bills have been $80-$100 per month including air conditioning and hot water, and $180-$200 per month at the peak of winter for his 2,000 square foot office. Likewise, his tenants are happy, with electric bills for the larger apt. (1,100 square feet) at $60-$70 per month in the summer and $100-$200 per month in the winter.

Jared is also considering solar panels to offset his electricity use. If the necessary amount of solar panels are installed, it will then become a “Net Zero Energy Building,” meaning the cost to operate the building’s heating, cooling, lighting and hot water will be zero.

It’s not cheap to do a complete overhaul of a building, so Jared took advantage of a loan program targeted toward high energy-efficiency projects. The program provides unsecured personal loans and he estimated that the money applied to the heating system was between $40,000 and $50,000. He also took advantage of any rebates he could get from Efficiency VT, which covered heat pumps, hot-water heat pumps, LED lighting and energy efficient appliances.

Since the house is located on Main Street in St. Johnsbury’s historic district, there was potential to apply for a grant from the state historic preservation agency, but Jared found the requirements too restrictive. His energy efficiency goals would not have been possible, but he did want to preserve the historic character of the house, as his contribution to St. Johnsbury and its history. The siding is new but the same as the original clapboards, the windows fronting the street are the original mullioned windows with new storm panels to seal them from inside, but with new modern energy-efficient windows on the back of the house, and many elements of the interior have been restored: wood floors, doors, doorknobs, fireplaces. There are some new “old” elements too, in the form of three bronze chandelier fixtures with LED lighting to update them. When you enter the house, it has a modern feel underlain with the character and elegance of an old house. And it’s certainly not cold and drafty.

Jared met his three original goals: preserving the historic character of a house on Main Street for the good of St. Johnsbury, benefiting the environment by transforming an old house into a highly energy-efficient office/apartment building, and undertaking a project that will prove to be a good long-term investment.