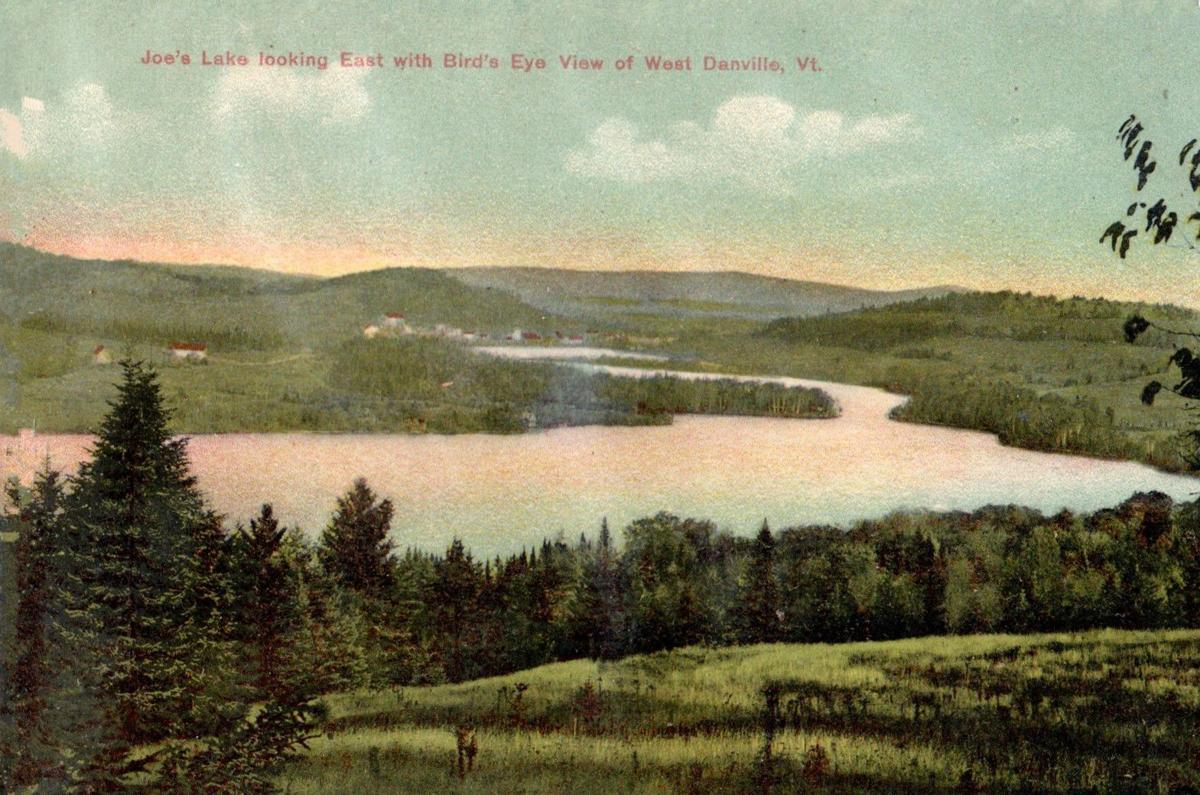 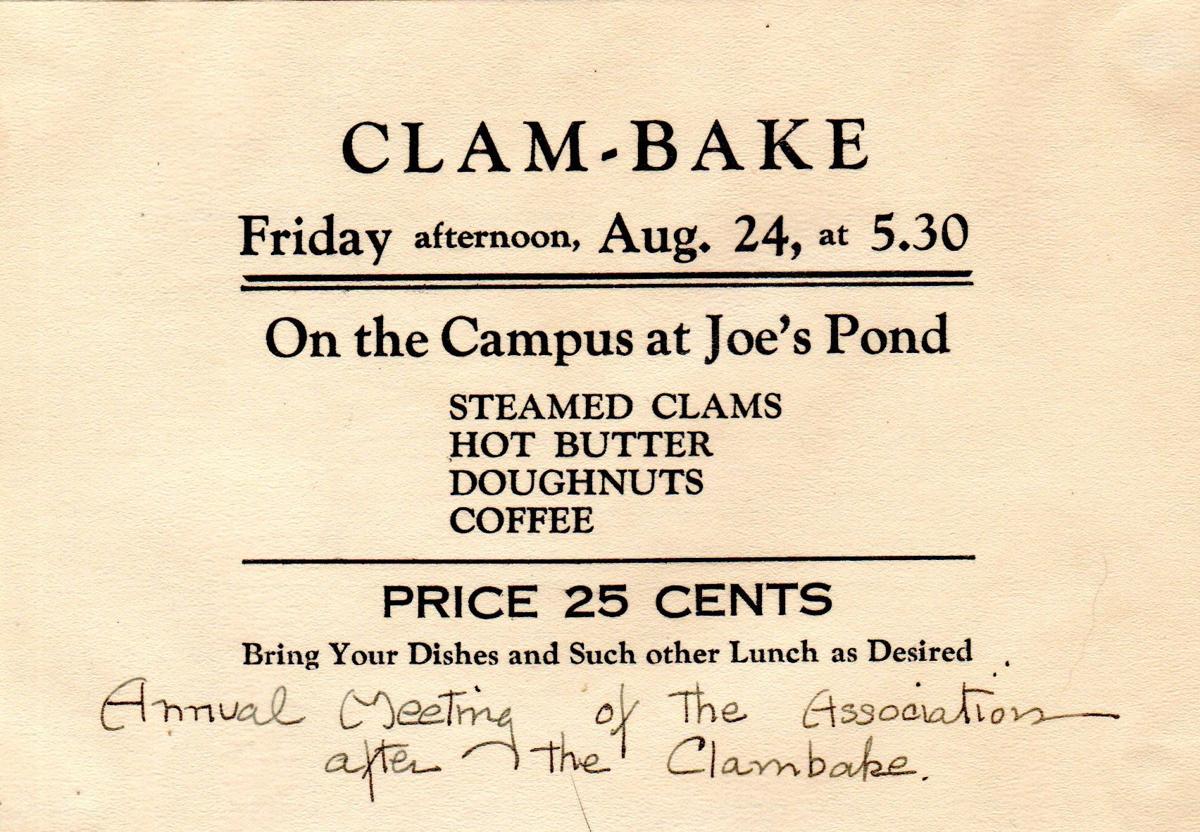 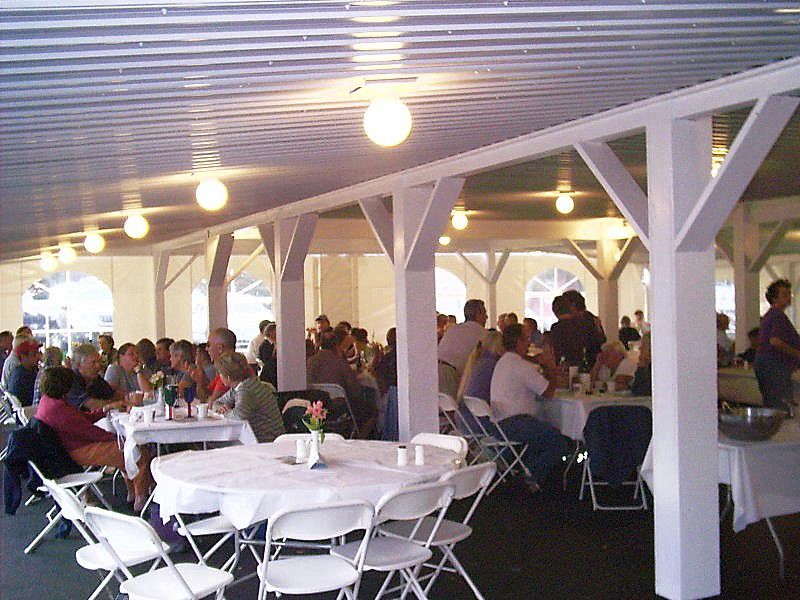 A typical JPA party in the present pavilion. 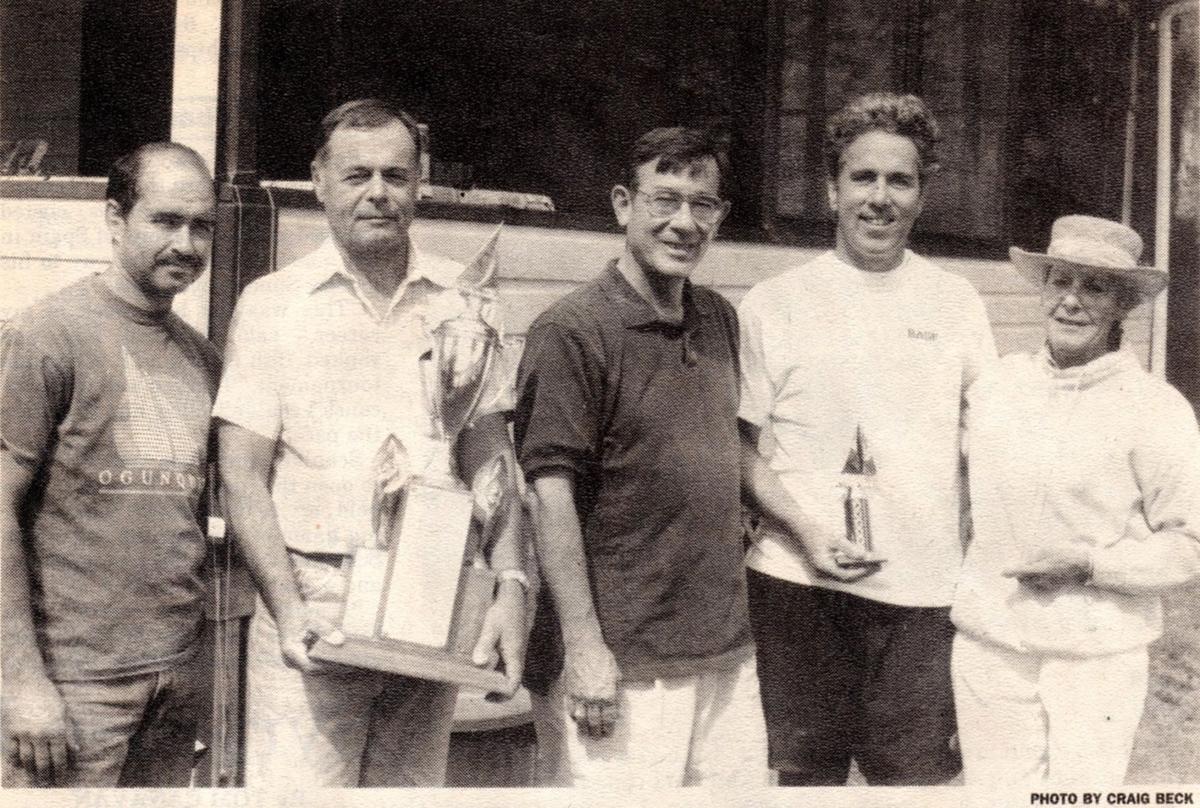 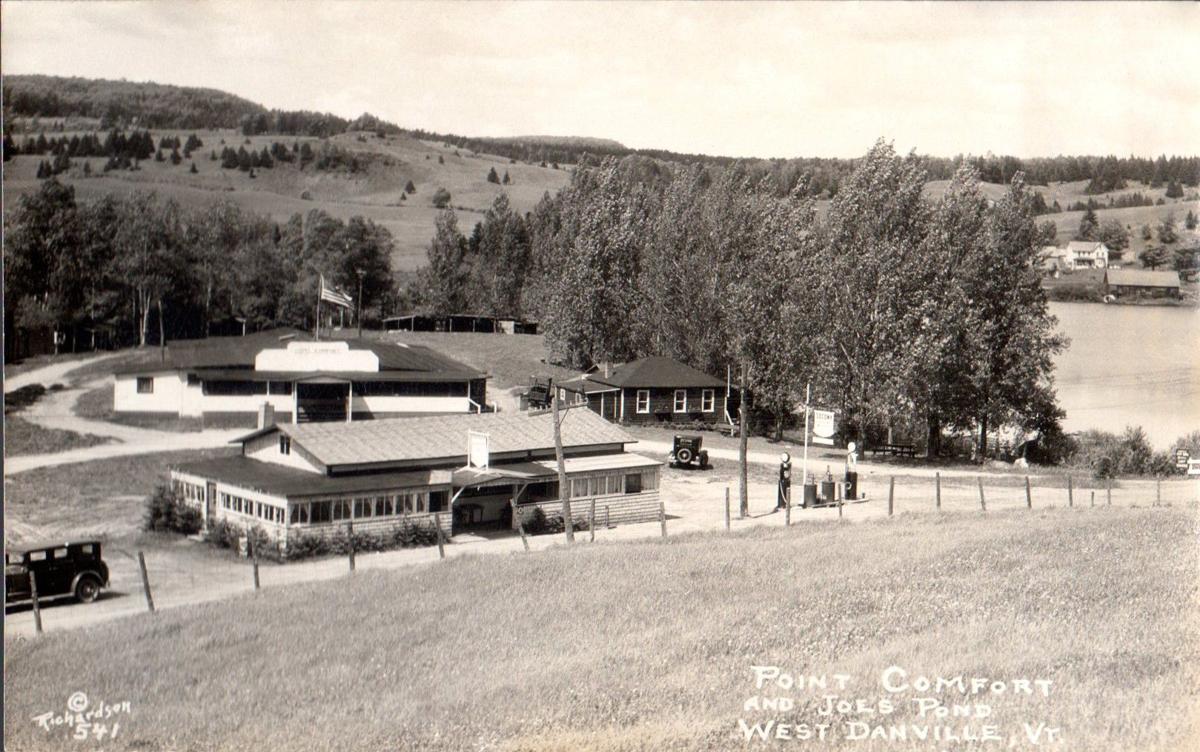 Pointt Comfort, about 1933 after new pavilion was built. 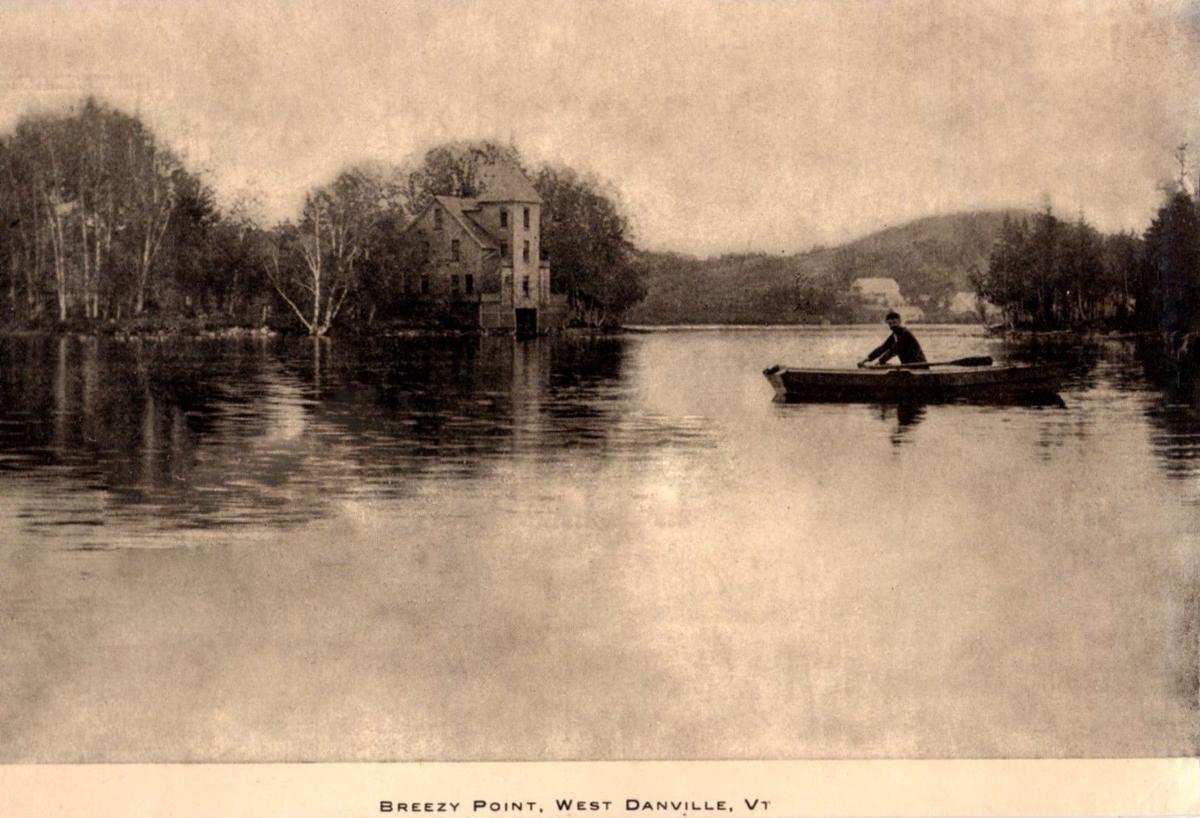 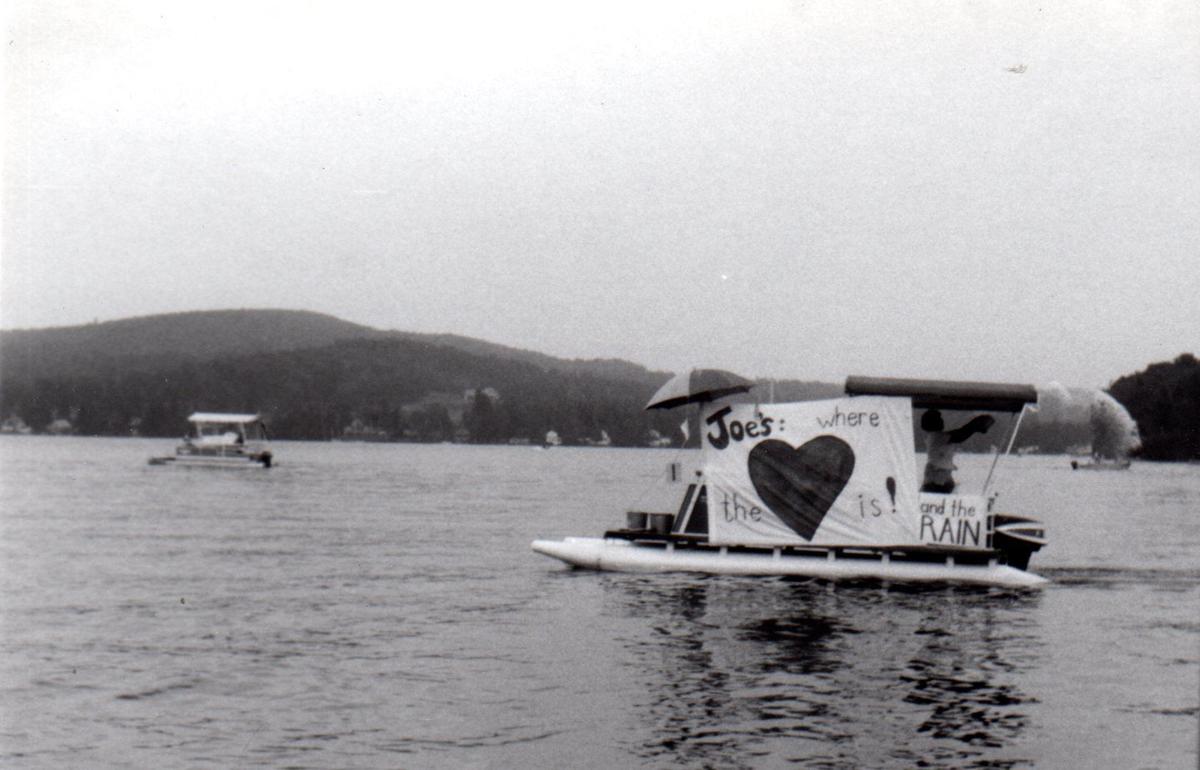 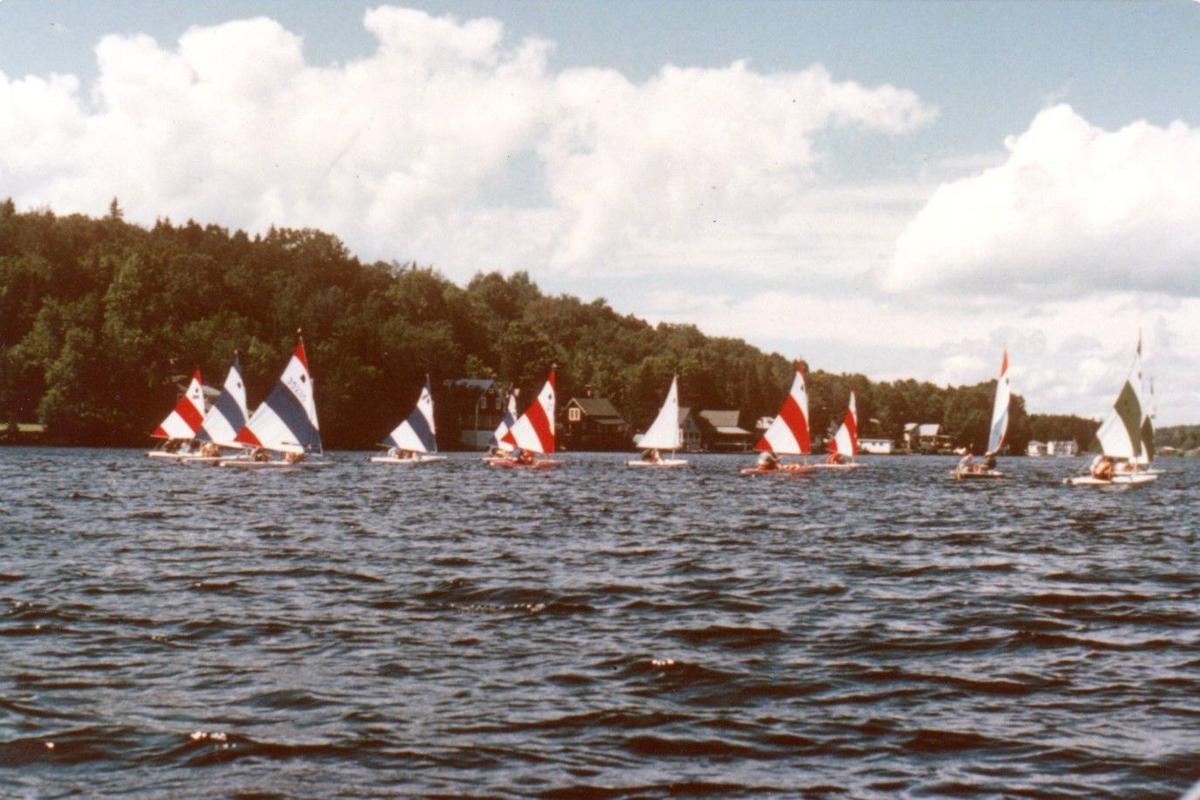 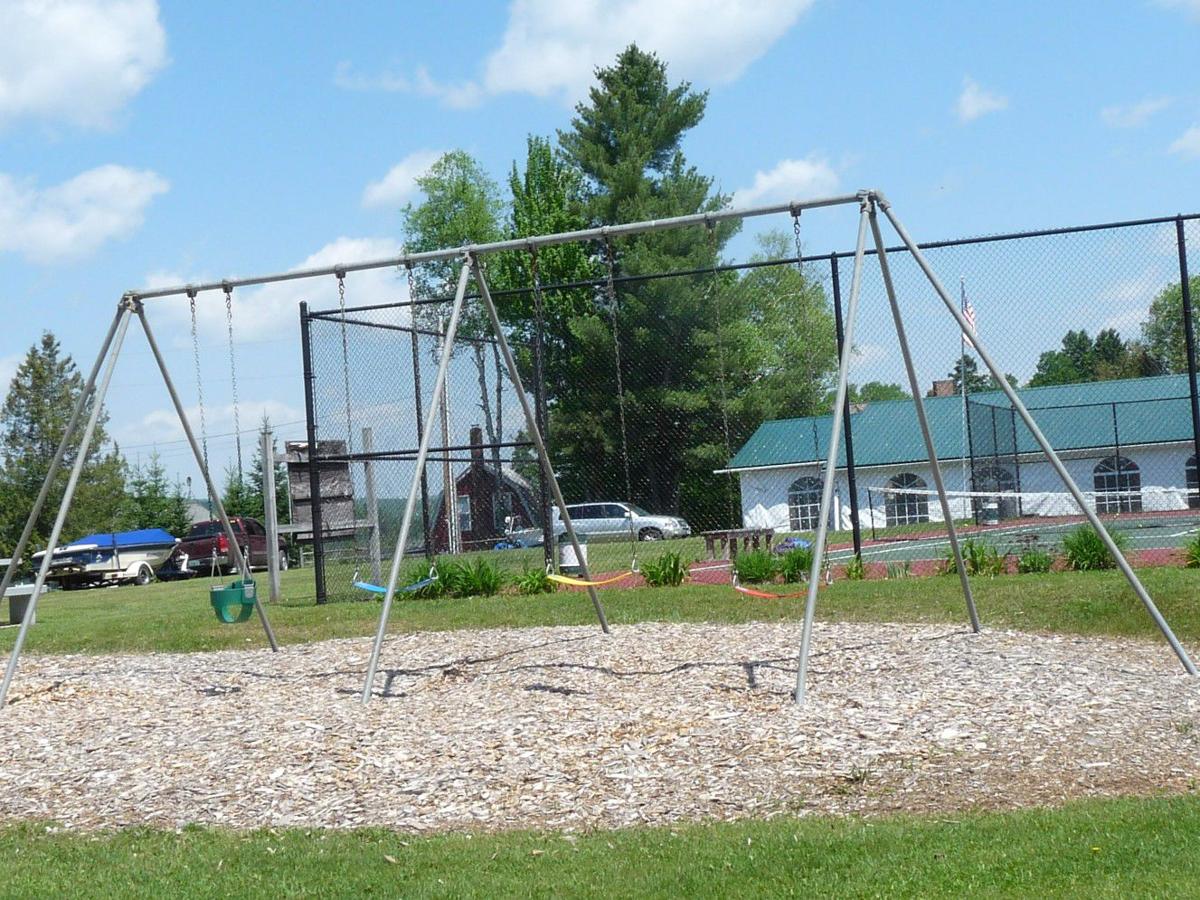 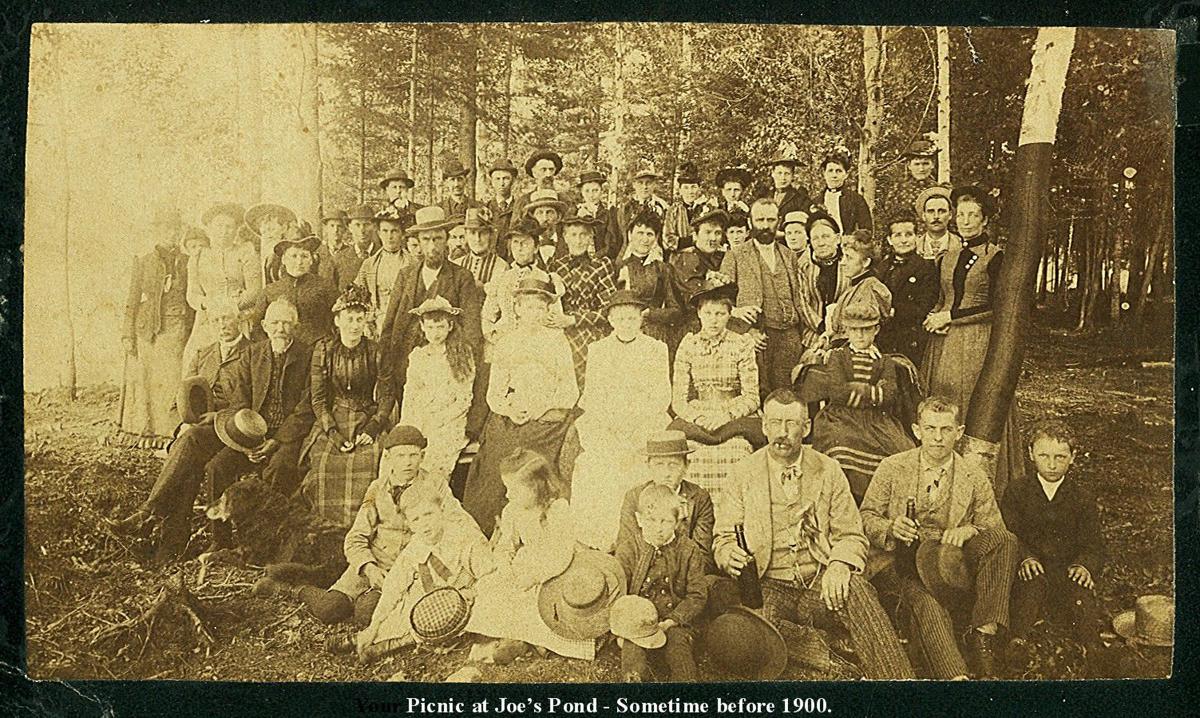 A typical JPA party in the present pavilion.

Pointt Comfort, about 1933 after new pavilion was built.

As we get older, many of us tend to recall with relish how things were “back in the day.” Working at the Cabot Historical Society building, I do that often, and find I enjoy history now like I never did in school. Joe’s Pond, which was always a big part of my family’s history, became very personal to me after moving there permanently in the late 1970s and becoming involved with the Joe’s Pond Association (JPA). I find that over the years, in addition to Cabot history, I’ve also collected quite a bit of West Danville and Joe’s Pond history.

For instance, although there’s a large amount of Joe’s Pond shoreline in the town of Cabot, there is no public access on the Cabot side of the pond. This is really nobody’s fault: no one in the 1800s envisioned the development around the pond that occurred during the 1900s, and town planning was unheard of. Before the pond’s building boom in the 1920s, people accessed the water wherever they wished along the shoreline. The narrow strip of land on the Cabot shore between the water and what is now West Shore Road, which was laid out in 1820 as Market Road, was considered waste land.

There is a photograph in the Cabot Historical Society’s collection taken in the 1800s showing a group of over 50 people on a picnic at Joe’s Pond, very likely at the foot of the Bayley-Hazen Road. Pictured are the Farringtons, Voodrys, Dows, Hills, Lances, Fishers and more, all village folks. These people would have traveled about six miles over Cabot Plain from the village by horse and buggy, hay-strewn wagons overflowing with laughing children, and perhaps a few young men on spirited horses.

The climb from the village over the plain to the pond was a steep one, no matter which road they followed, and the roads at that time were little more than wagon-wide paths through the woods. Where they weren’t muddy, they were incredibly dusty. At the cemetery on the plain, they would have followed the old Bayley-Hazen Road past the Barnett and Goodale farms, perhaps waving to Benjamin and Semantha Cate as they passed their impressive stone farmhouse. They probably passed by the schoolhouse near the brook at a good trot on the long, straight flat before the road rose again to pass between John Bolton’s barn and house straight to the top of the hill, the highest point on the road. They may have stopped there to rest the horses and admire the view – all three sections of the pond below, sparkling blue in the sunshine. On the east shore they could see bustling West Danville with the stately White Mountains of New Hampshire blending with the sky in the distance.

The journey from this point was an easy downhill jaunt past two or three farms where kids on porches or hanging from barnyard fences watched in awe as the unusual parade of traffic passed by. One of the last farms before reaching the pond belonged to Asa Mack, a kindly fellow who kept a large wooden rowboat tied up at his landing, about where Don Walker’s camp is today. Asa used the boat for fishing, and sometimes to go to West Danville for supplies. He was generous with his boat, letting his neighbors use it whenever they wished. I imagine the picnickers used his boat that day to go fishing, or the young men may have shown off their rowing skills by giving rides to pretty young ladies. Being out on the water was an adventure, but not many people knew how to swim. Some years later, Asa piled stones into the boat and punched holes in the bottom before pushing it hard away from shore where it sank in deep water. He said young folks were taking it out and roughhousing, and he was afraid someone would drown.

There were few, if any, cottages on Joe’s Pond when the village folks came to picnic. The first cottage was built in 1897 by Henry Beck at the north end of the pond. The cottage is now owned by Richard Beck, his grand nephew. At one time there was a dance hall and a small store owned by Mr. Bennett nearby. A small group of camp owners purchased the land and little store in 1921 (the dance hall was gone by then), and the Joe’s Pond Association was founded to “improve the surroundings of the lake, and to promote the general welfare.”

Families arrived in early summer to spend several weeks or the entire summer at the pond. Men went fishing dressed in suits and derby hats; women gathered on porches in long skirts and high collared blouses to play cards or to chat over lemonade while their children frolicked in the water. Gilbert Hastings delivered groceries and ice to customers around the pond. The pace was slow, the surroundings quiet. Evenings might reveal the glow of a bonfire on a distant shore or the faint sound of a banjo or harmonica mingling with the night sounds of crickets or loons or a barking dog.

There was a boat livery near the narrows between the big and middle ponds where visitors could rent rowboats, but as soon as motorized boats made an appearance, there were complaints of excessive noise and dangerous speeding that devastated the fishing. Campers also complained that ice fishing during the winter diminished the fishing in the summer. Letters were sent by the fledgling JPA to the state of Vermont, at first asking for a ban on ice fishing, and when that was denied, requesting that the pond be stocked. Response was slow but a few camp owners stocked it with trout and bass themselves. Eventually, the state began stocking the pond on a regular basis, and fishing remains a favorite pastime.

As membership grew in JPA, some felt the west, or Cabot side of the pond, was being left out of things, so it was decided to alternate meeting locations between the east side and the west side; but that didn’t prove to be practical.

Social gatherings such as clam bakes or marshmallow parties on the beach, corn roasts and wienie roasts and picnics all took place at the recreation field. Most meetings, and events like Mrs. Robert French’s pie social and Mrs. Harvey Dole’s sugar party, were still held at members’ cottages – at Dr. Farmer’s, Dr. Crampton’s, the Chase’s, Hawkinsons’s, Amey’s, or Campbell’s since there was no shelter at the new recreation area. After the field was leveled to make a tennis court, Mrs. Blodgett presented a croquet set to the association and Henry Beck built four tables and eight benches for use at the developing recreation field. Members then requested Mr. Beck to erect a building in which to store everything. The building cost was $78.

Farmers didn’t hesitate to sell their shoreline acreage, and soon there was little available space and lots more people around the pond. Paving of the main highway from St. Johnsbury to Montpelier had been finished in the late 1920s, and that brought more traffic, tourists, and business to the community.

In 1931, Glen McLaughlin, who had bought Point Comfort nine years earlier, began making plans to build a dance hall on his property. He already had cabins, a gas station, and a restaurant. Glen’s second wife, Betty, in a 1992 interview, told how the Pony Boys, a popular country-western band, played at Point Comfort dance hall on Wednesday nights, and H. Guy Dunbar’s band played on Saturday nights. She said their biggest night drew 750 people.

By the next decade, there were regular dances at nearly every pond around. Cole’s Pond in Walden, Woodbury Pond, and Shadow Lake all had dance halls and all were well attended. It was the Big Band era, when people did the Lindy and jitter-bugged and every evening ended with the band playing “Good Night Ladies.” Betty said when Harvey’s Lake began to advertise their dances, some of the Point Comfort dance crowd drifted there, but she said they also hosted private parties at the Point. French & Bean Company from St. Johnsbury had bingo there, and Jane Hastings and Garey Larrabee were married in the restaurant. Over time, the gas pumps were removed, the restaurant closed, and the dance hall was torn down in the 1970s.

Meanwhile, at the JPA recreation field, a rustic shelter with a small kitchen had been erected and the picnics and weenie roasts gave way to Italian and baked bean suppers, barbeques and pig roasts. There were weekend sailboat races with 15-20 Sunfish sailors participating. There was an annual boat parade, led by a Vermont State Police boat, with dozens of entries – outboard motor boats, inboard motor boats, pontoon boats and canoes – all decorated by kids of all ages eager to win a prize. Ralph Hastings brought up the rear on the “fire boat” spraying shoreline onlookers with a fire hose.

There are no sailboat races or boat parades anymore, but there are higher-powered speed boats, jet skis, water skiers and tubers, hi-speed internet, cell phones, HD-TV, and numerous other activities and gadgets those picnickers of the 1800s would probably have found more frightening than entertaining.

I bet they would have appreciated the big free Fourth of July fireworks display JPA puts on every year, though.

Over the span of the last 30 years there has been an increase in year-around residents at the pond, so now lights reflect from the shores every night, summer and winter. People are walking and snowmobiling on the old railroad bed, cross country skiing and skating on the ice, and walking and bicycling on the roads throughout the year. And each winter, fishing shanties cluster near the state fishing access as soon as the ice is safe, bringing dozens of people to their own little community to enjoy fishing, skating and snowmobiling on the pond, and their own version of a Joe’s Pond picnic. There’s still no public access on the Cabot side of the pond, but there’s a state fishing access off of Route 2, and a public beach in West Danville – and paved roads to reach them.

When those early folks from Cabot village packed up their picnic baskets, blankets, and tired children at the end of the day and headed up the old Bayley-Hazen Road towards home, I’m sure they took with them some lasting memories of a wonderful outing at Joe’s Pond. The same as vacationers leaving Joe’s Pond do today – only different.

Jane Brown is the director of the Cabot Historical Society.