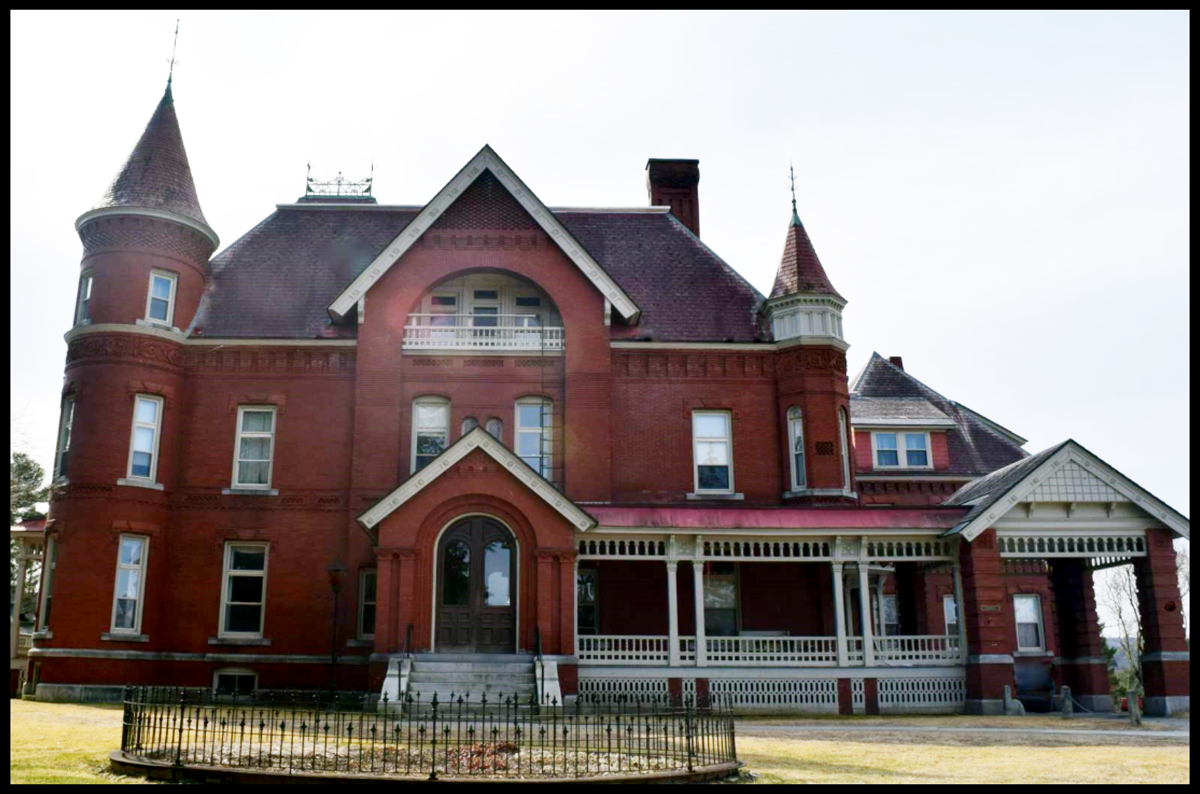 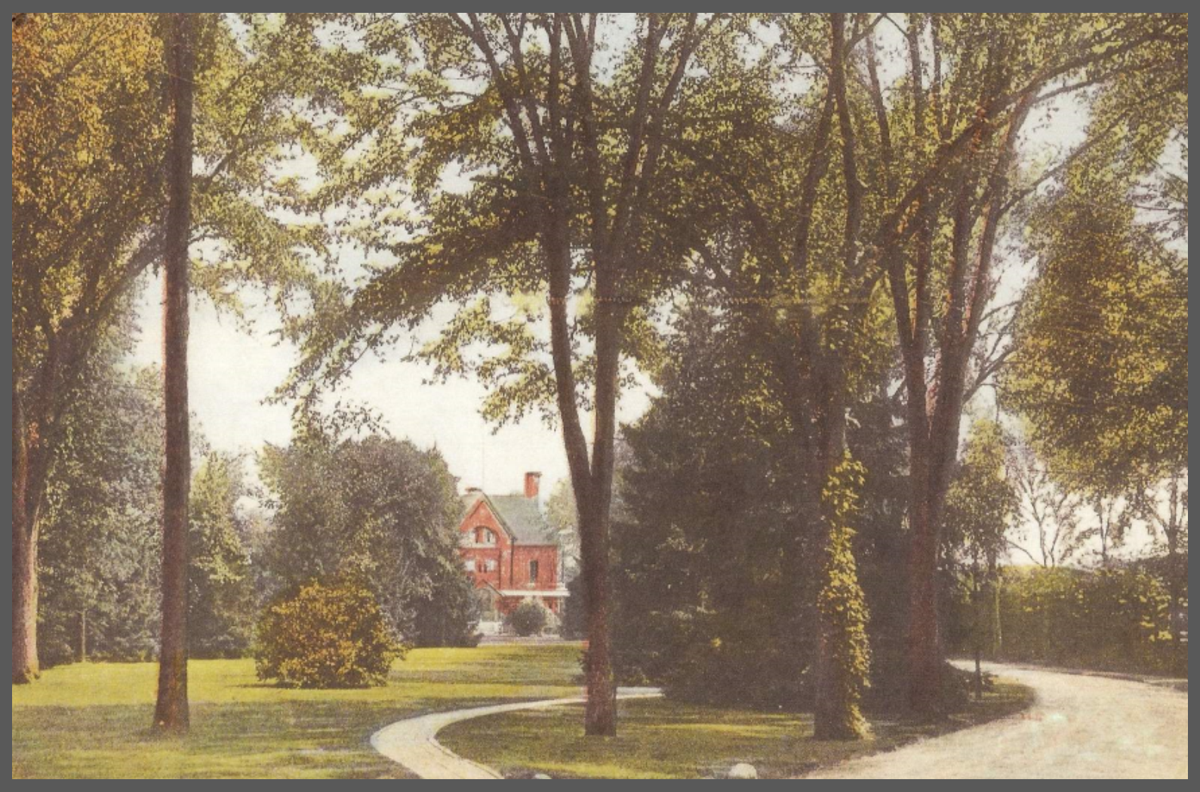 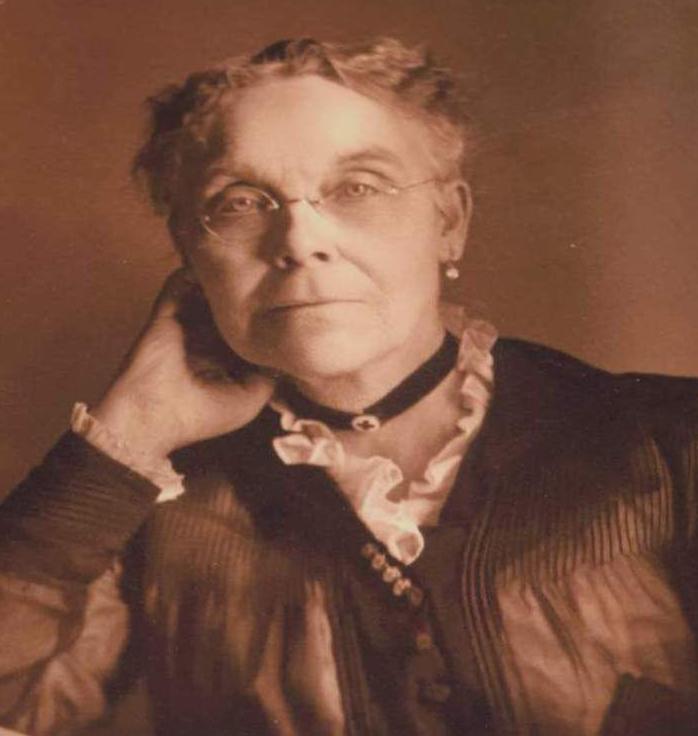 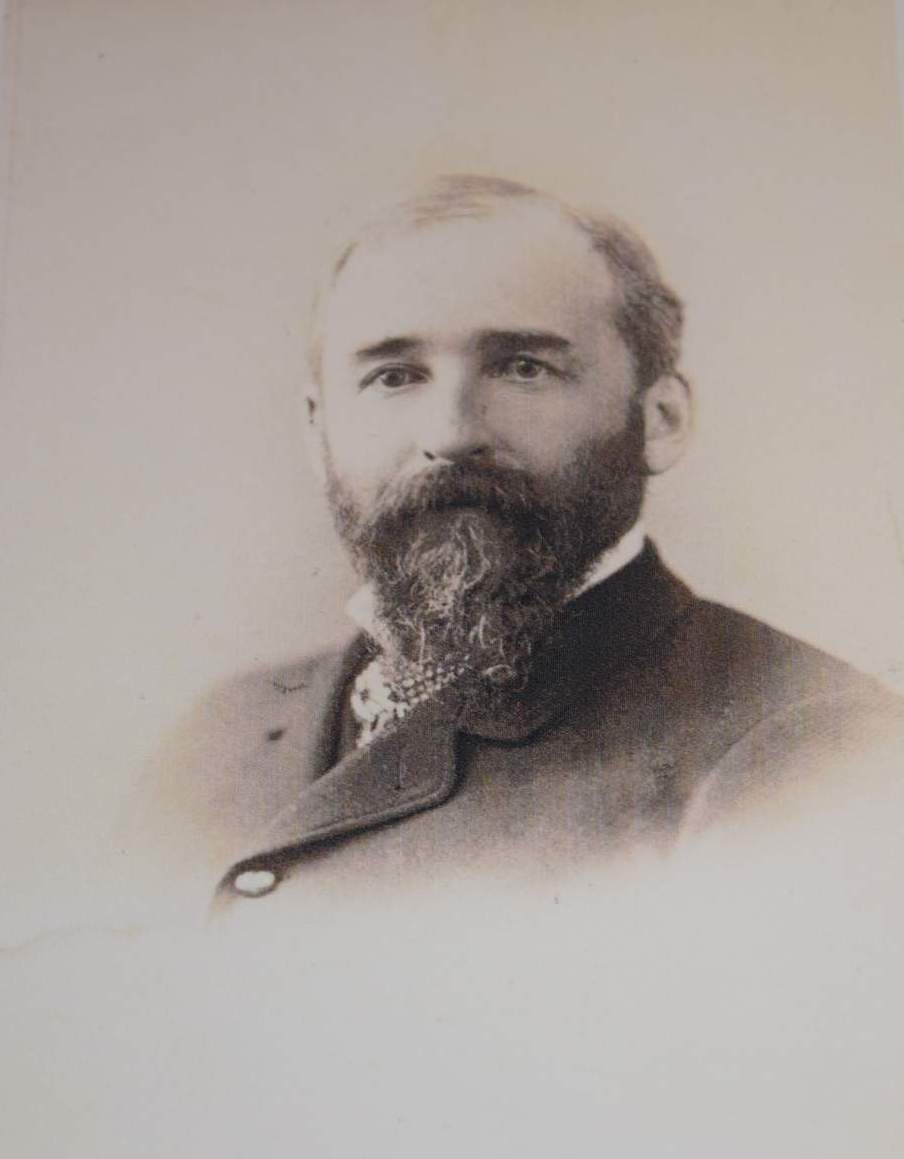 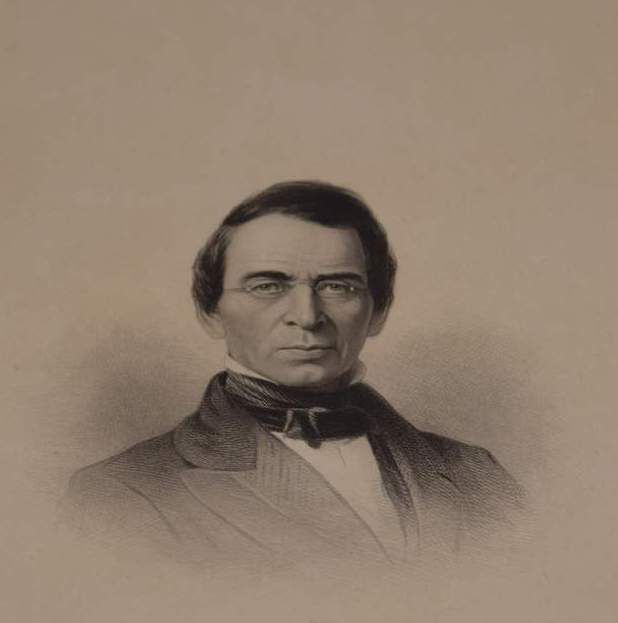 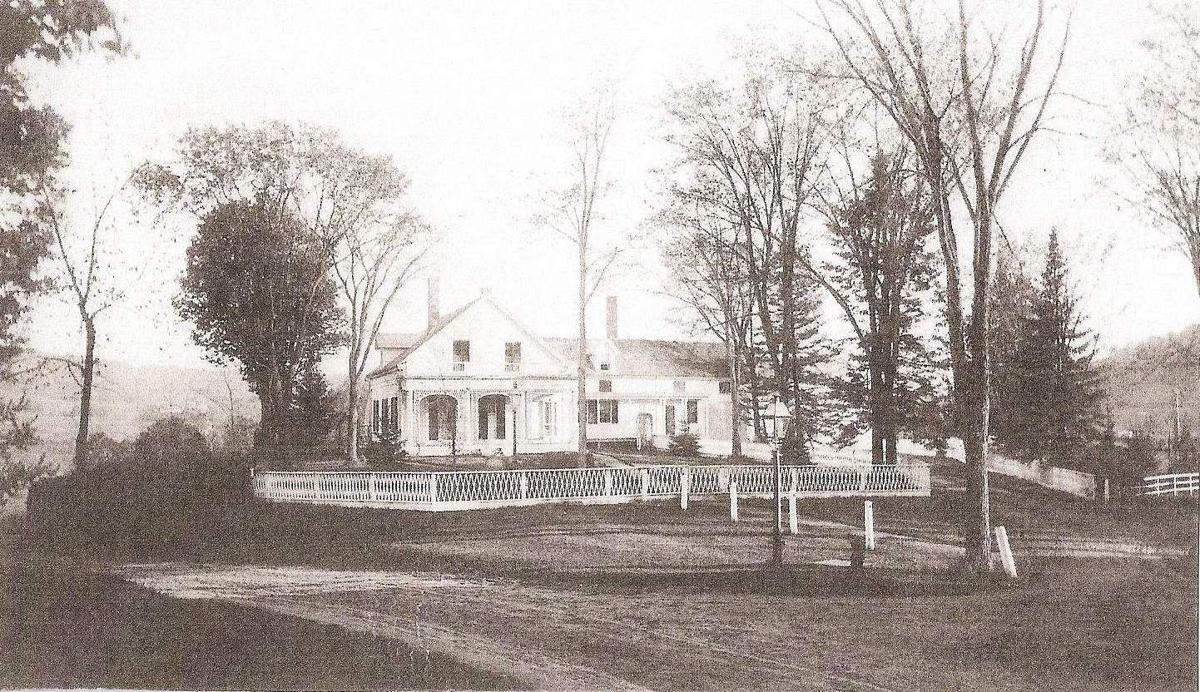 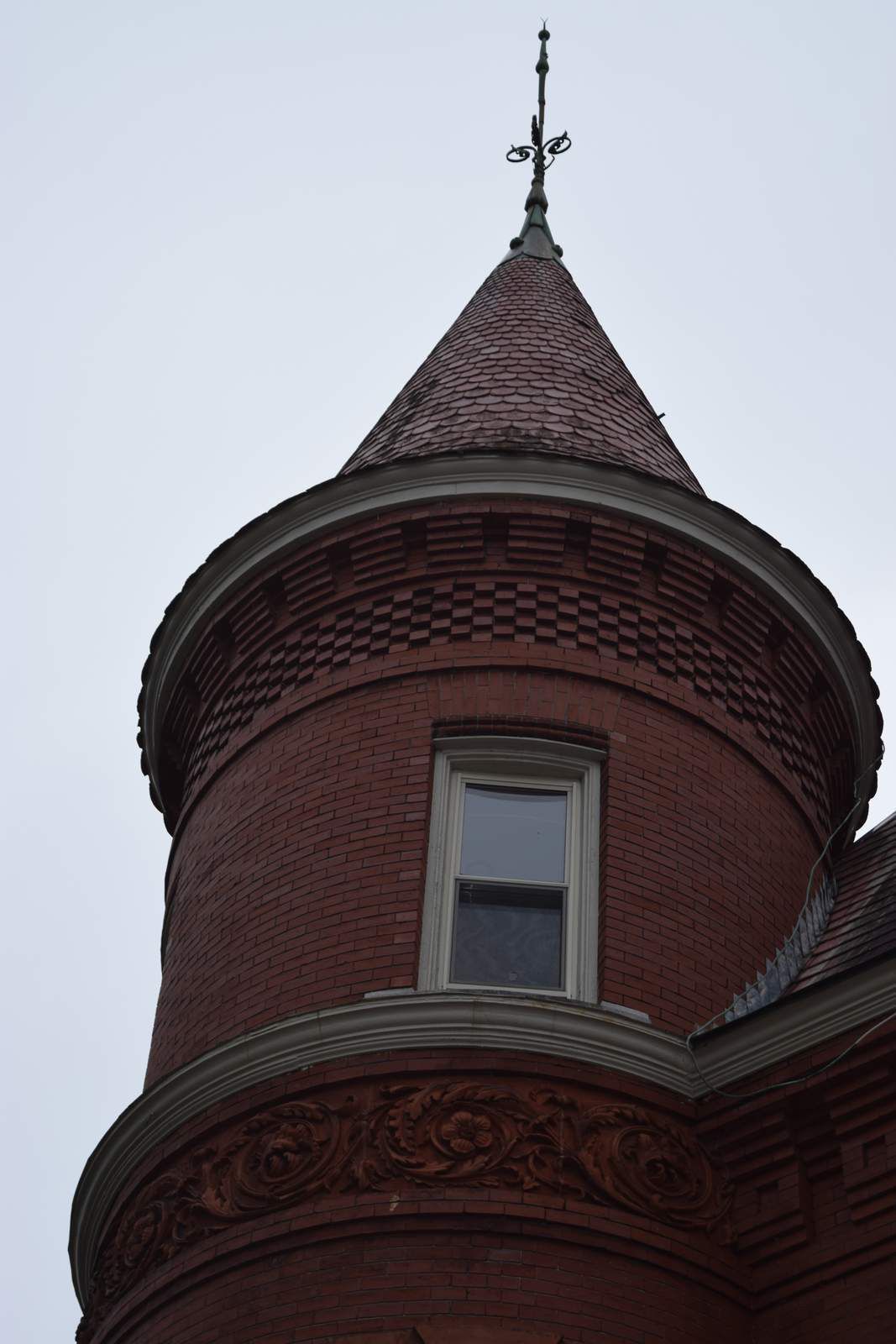 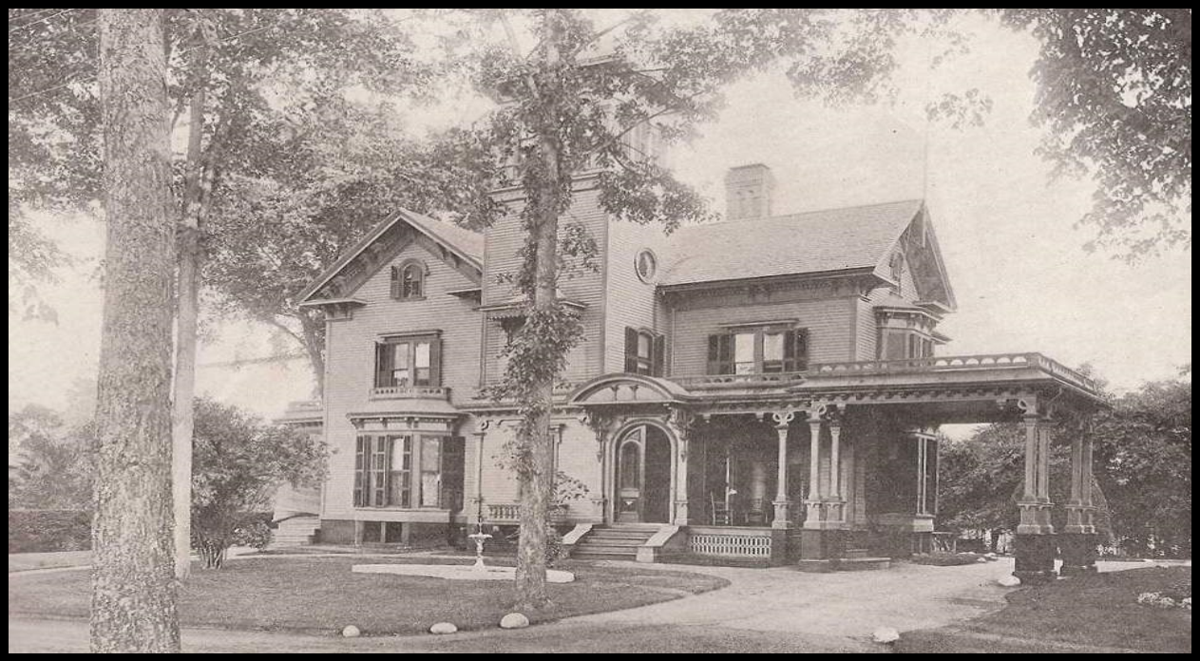 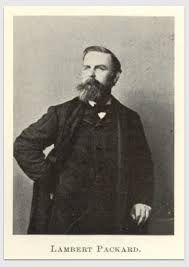 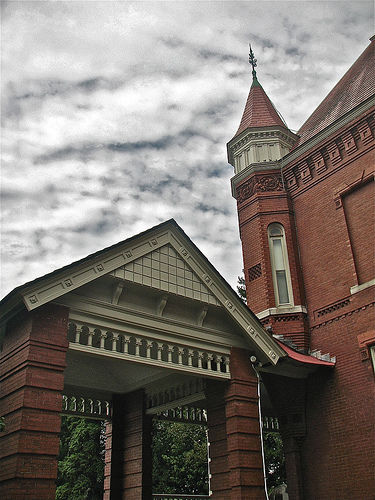 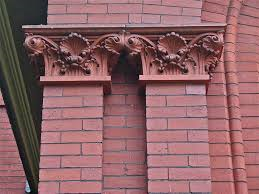 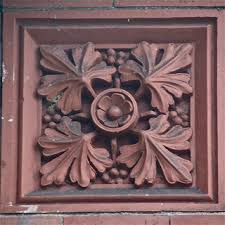 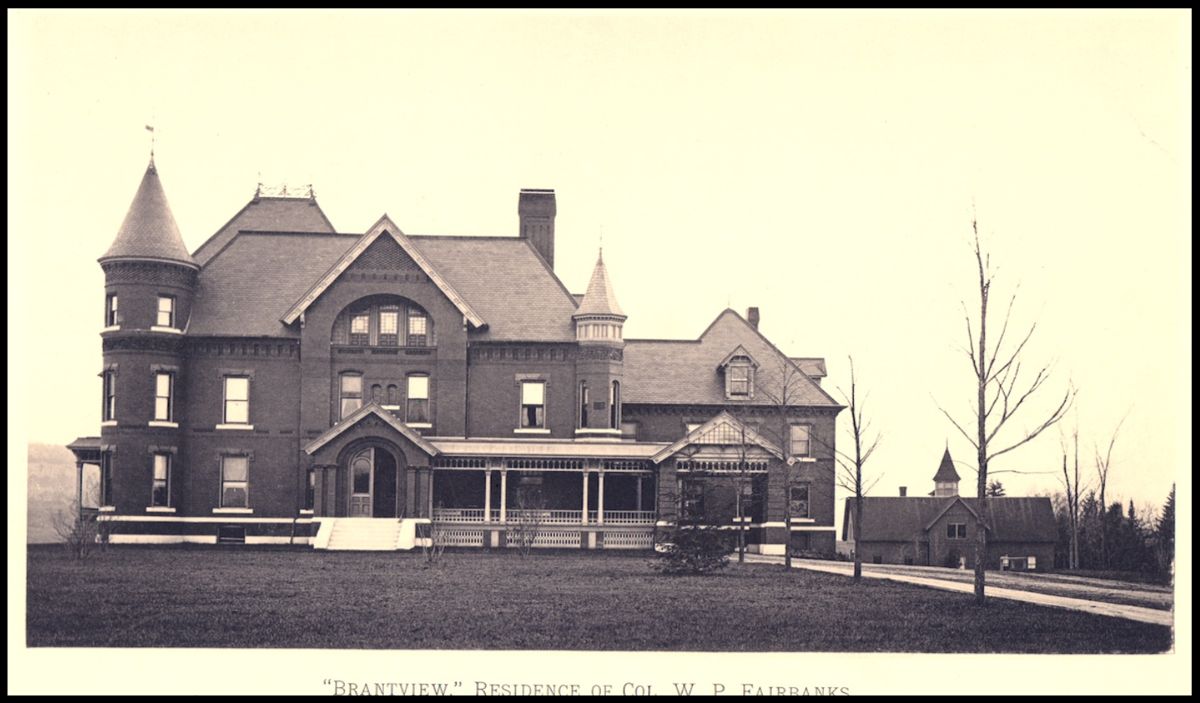 I remember my first walk down Brantview drive as I headed to gym class in the Carriage House, now known as The Barn. The drive, lined by enormous elm trees and Norway spruces on the left and a thick hedge of lilacs on the right, slowly revealed the mansion’s grandeur.

The year was 1959 and I had just entered St. Johnsbury Academy as a freshman. After North Hall burned in 1956, the school’s gym was moved from that building to an improvised location in The Barn. Coach Jim Burlingame used the space for gym classes and also as a locker room and showers for the football team. Needless to say, The Barn had its limitations as a gym. In the fall and spring, gym classes were conducted on the playing field next to The Barn and on the track and football field below. As a result of my daily walks to gym class, I had ample time to study the exterior of Brantview. What I saw captured me and I was eager to learn more about the building. It has become a lifelong interest of mine.

I returned to the Academy in 1968 to teach and my fascination with Brantview intensified. I was eager to research the history of Brantview and share what I learned with students.

Brantview is currently in need of $6 million of conservation and restoration work. To date, over $5 million has been raised towards the $6 million goal, and work is set to begin this summer on the 134-year-old structure.

William and Rebecca Pike Fairbanks were living in the Tower House, a picturesque villa of Italianate design, on Park Street, which overlooks South Park. This home was built in 1868 on property owned by William’s parents, Joseph P. and Almira Taylor Fairbanks. To the east of their home was Sheepcote, an Italianate-style home designed by Lambert Packard and built in 1878. It was the home of Edward T. Fairbanks’ family.

In 1883, William P. and Rebecca were inspired to build a new home after a trip to England where they had the opportunity to visit many grand homes and large country estates. They had seen a stately home with a name that intrigued them. It was called “Brantview.” They returned home with the hope of building a new home for themselves, which Rebecca felt would be in keeping with their social standing in the Fairbanks family and in the community of St. Johnsbury.

They planned to build on land at the south end of Main Street where William’s father and mother’s home was located. William’s brother, Edward T. and his family would continue to be their next-door neighbors. William’s father had died in 1855 and his mother was no longer living in their house, which was located on the front lawn of what would become Brantview.

William’s parent’s home, a beautiful Greek Revival house built in 1841, was moved to Pine Street and during the 20th century, became Hatches’ Health Food Store. The Academy purchased it in 1980 with the intent of creating additional athletic fields. The plan was to move Joseph and Almira’s home to a new location and restore it. It burned on Oct 2, 1980.

In addition to representing the town of St. Johnsbury in the Legislature from 1884-1886, William was the secretary and treasurer of E. & T. Fairbanks Co. which had a branch office in New York City.

While in New York, William was attracted to a new mansion, the Petit Chateau, being built by William K. and Alva Erskine Smith Vanderbilt. Their home was a Chateauesque-style home, located at the corner of 52nd Street and Fifth Avenue, in the Upper East Side of New York City. It was designed by Richard Morris Hunt in 1877, a Vermonter by birth and one of America’s preeminent architects of the 19th century. Rebecca was also captivated by the Petit Chateau. William’s career advancement in E. & T. Fairbanks Co. made it possible for them to make their dream of building a new home a reality. They envisioned a smaller, more refined Chateauesque style home for themselves in St. Johnsbury. E. & T. Fairbanks architect Lambert Packard would help them achieve their goal.

Packard, an employee of E. & T. Fairbanks Co. since 1866 as head of the pattern makers shop, had more than proven his ability as an architect to design a fine home. Although Packard’s formal education as an architect was limited, the industrial buildings he designed for the scale factory, as well as homes, commercial, retail, institutional, and ecclesiastical buildings had more than proven his ability to design a beautiful home for William and Rebecca. In 1872 he had designed Underclyffe, an imposing Second Empire-style mansion, for William’s cousin, Franklin Fairbanks. William and Rebecca envisioned Brantview a more splendid, Queen Anne Chateauesque style, an architectural style popular from 1860 to 1910.

Packard was influenced by the work of America’s leading 19th century landscape architect, Frederick Law Olmstead. Packard recommended locating Brantview about 500 feet back from Main Street, on a ridge of land that would afford views of the Passumpsic River and Sleepers River valleys. It would enjoy magnificent views while retaining a sense of privacy.

Packard’s keen eye for esthetics and decorative design elements soon became evident as he began to design Brantview. He had adopted his personal motto from John Keats’ poem Endymion. “A thing of beauty is a joy forever; Its loveliness increases; It will never pass into nothingness.”

Brantview’s front façade would be an asymmetrical, three-bay design accented by a full-height arch in its center enclosing a gabled balcony, balanced on either side by a round tower on the northeast side and a tourelle on the northwest corner of the main house. It would also be divided vertically into three parts. It would include a three-part design in the gabled vestibule, a long, narrow porch walkway leading to a gabled porte-cochere which was designed to be off-center. The vestibule has Italianate doors with long, circular headed glass lights. As a visitor’s eye rises up the front façade to the steeply pitched gabled roof with cresting, the decorative design elements segment each level of the house and provide a splendid array of visual attractions. The decorative design elements unify the eclectic features of the front façade of the mansion to create a sense of balance and harmony in its appearance.

Brantview is built of fine red brick of rich color set in dark mortar. It sits on a foundation of fine-grained, gray Vermont granite. The terra cotta window crestings, elaborate wood turnings and spindle work, in the form of small Corinthian columns on the verandas, along with touches that include patterned gable bargeboards. There are also panels of ornament made by turning half-bricks at a 45-degree angle, a form of dogtooth ornament favored by Packard. The terra cotta friezes are rich in iconographic symbolism. They include the oak leaf and acorn which symbolize longevity, along with the acanthus leaf, symbolizing enduring life. Also included on the terra cotta friezes of the northeast tower and the northwest tourelle are sunflowers, the symbol of happiness and bell flowers which are the symbol of unchanging love, honesty and obedience, along with husked corn symbolizing wealth and abundance and open peapods symbolizing fertility.

There are acanthus leaves with scallop shells on the capitals of the lintels supporting the vestibule. The scallop shell symbolizes the joining of earth and heaven. The crestings at the top of the hipped roof, tower and tourell are stylized fleur-de-lis, Packard’s symbolic signature in recognition of his French heritage.

To the front of the projected vestibule was a large elliptical fountain surrounded by a cast iron crest rail. A tall spire of water cascaded back into the basin, which created a soothing sound.

On the first story level, the elevated pavilion projects toward the northeast tower. The square tower from which it projects has a fanciful gable at the third-floor level and a little porch. The gable roof swoops down to the second story level on the right side in an elliptical curve to create a slanted roof for a second-story porch which projects part way along the length of the larger first story pavilion creating a symmetrical appearance.

The back veranda is semi-octagonal in design. It was intended to offer privacy and an outdoor location for entertaining since it is off the axial living hall near the dining room. It once overlooked the back garden which had a small, rustic fountain and a sloping lawn descending south toward the paddock.

On the west side of the mansion is the service wing, which is about one half the width of the main house. On the south side of that wing is a porch designed as a point of entry. There is also an entrance to the service wing on the north side, which is obscured by the porte-cochere.

The porte-cochere obscures the service wing making it unobtrusive to the visitor approaching the north façade and the projected vestibule entrance of the mansion.

In 1931, Col. Joseph Fairbanks, son of William P. and Rebecca Pike Fairbanks, following the tradition of his Fairbanks forbearers in engaging in acts of benevolent paternalism to benefit the residents of St. Johnsbury, gifted Brantview to St. Johnsbury Academy. It was Col. Fairbanks’ grandfather, Joseph P. Fairbanks who with his brothers Erastus and Thaddeus founded St. Johnsbury Academy in 1842 at the suggestion of Joseph’s wife, Almira Taylor Fairbanks. Brantview was Col. Fairbanks’ childhood home, where he grew up with his sisters Almira and Mabel. From 1931 until 1965, Brantview was utilized by the Academy as a dormitory for female boarding students. In 1965, it became a residence for male boarding students and has remained such up to the present time. Despite the fact that Brantview is 133 years old and has been used as a student residence for the past 86 years, it remains in an astonishing state of preservation. In 1985, Brantview’s carriage house was renovated and converted to use as boy’s dormitory designed to house 32 students and three resident proctors. The visual attractions of the exterior of Brantview make it a focal point of the southwest portion of the Academy campus.

The next issue of the North Star Monthly will feature Part II: a look at the interior details of Brantview.

Brantview: a feast for the eyes

Brantview: a feast for the eyes (Part II)

While serving as dorm master for the St. Johnsbury Academy Upward Bound Program, the position gave me the privilege of living in Brantview for the summer and the opportunity to explore the rich details of its interior. Many of the boys who enrolled in the program said they felt like they were living in a museum. Like me, they seemed captivated by the endless exquisite details of Brantview’s interior, which provided a never-ending feast for the eyes.