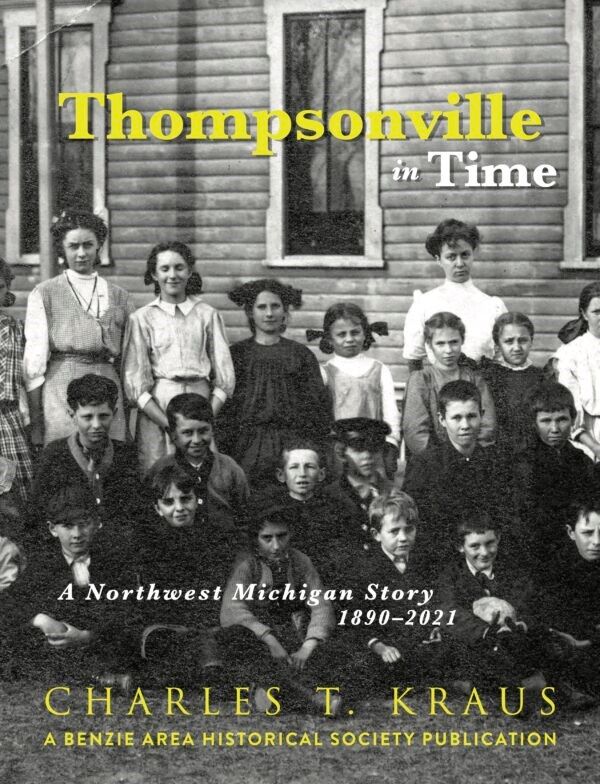 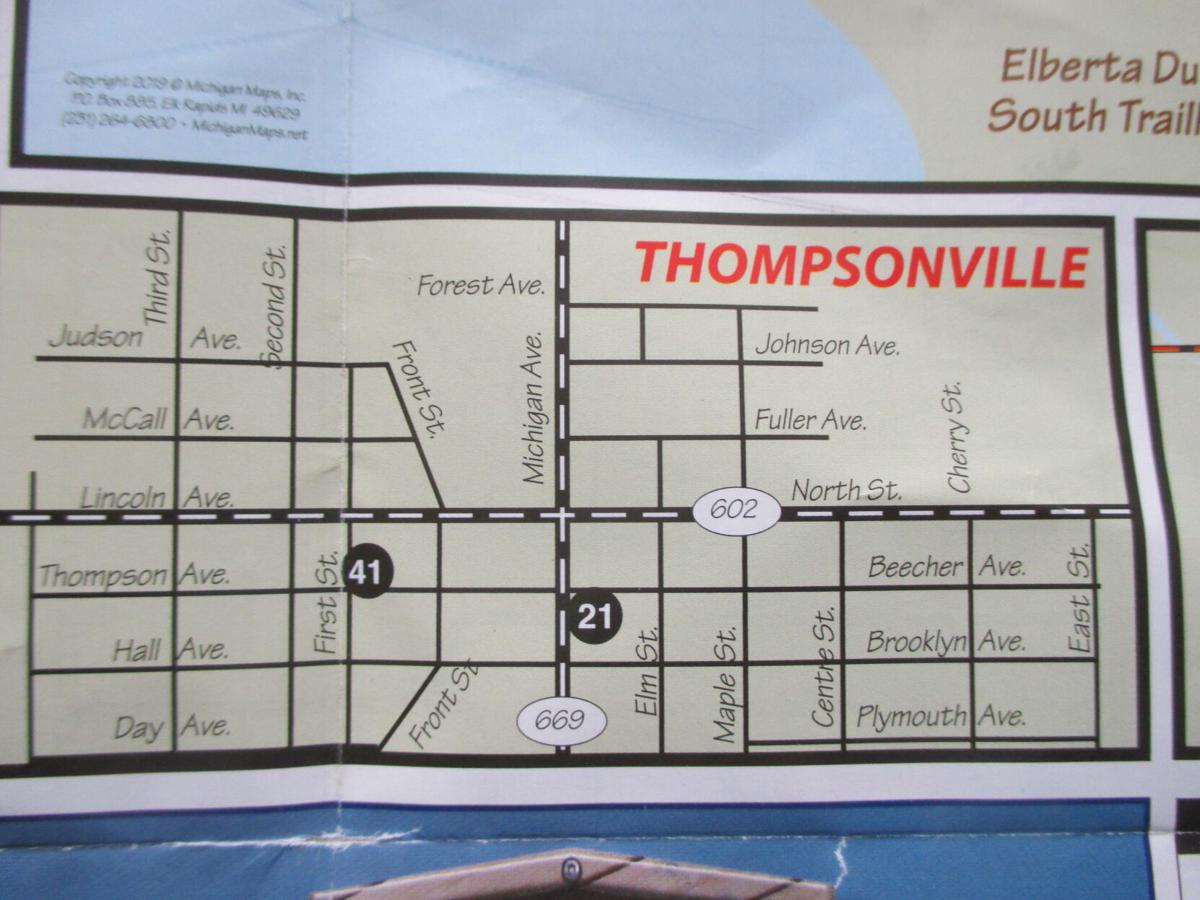 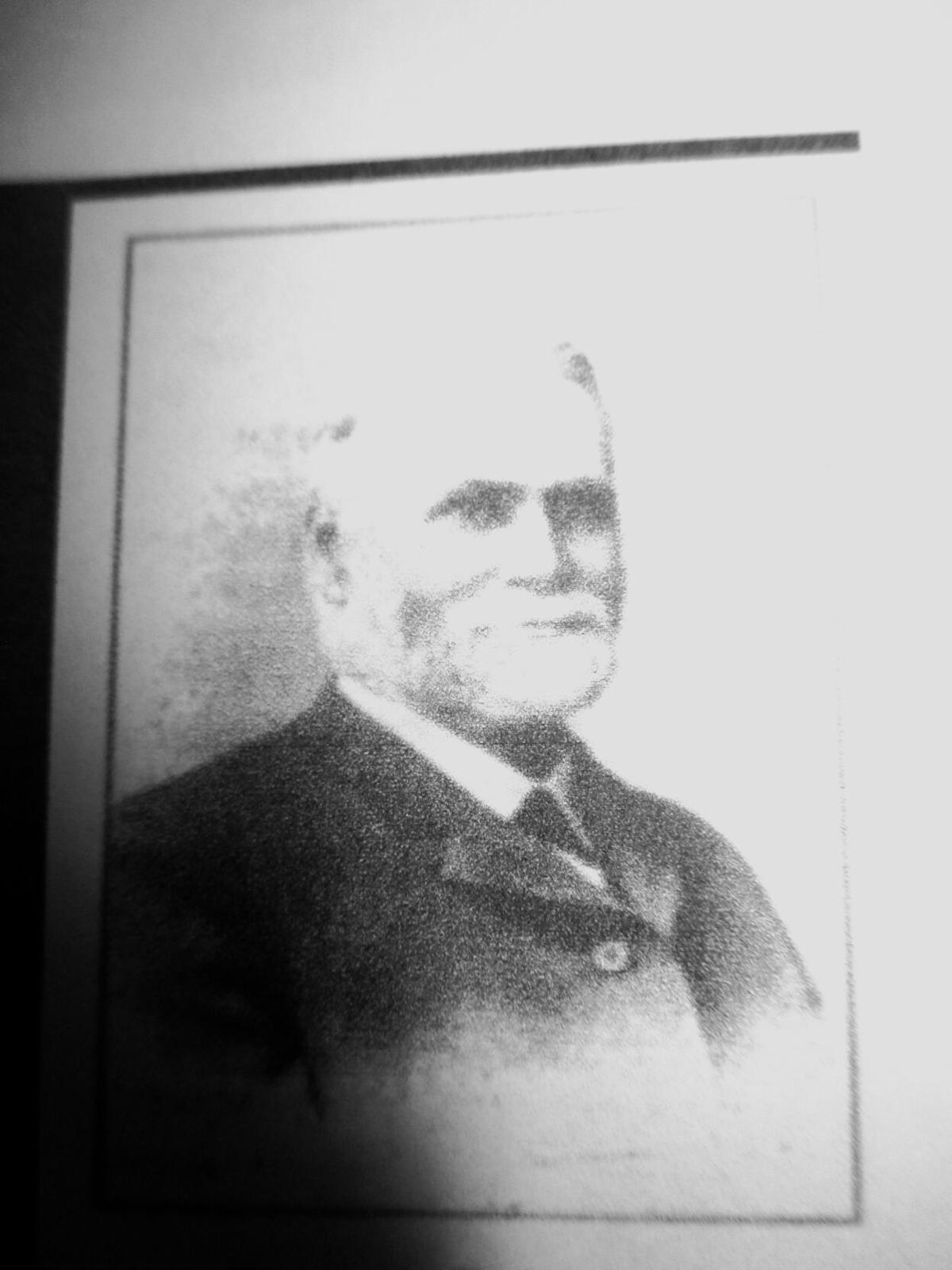 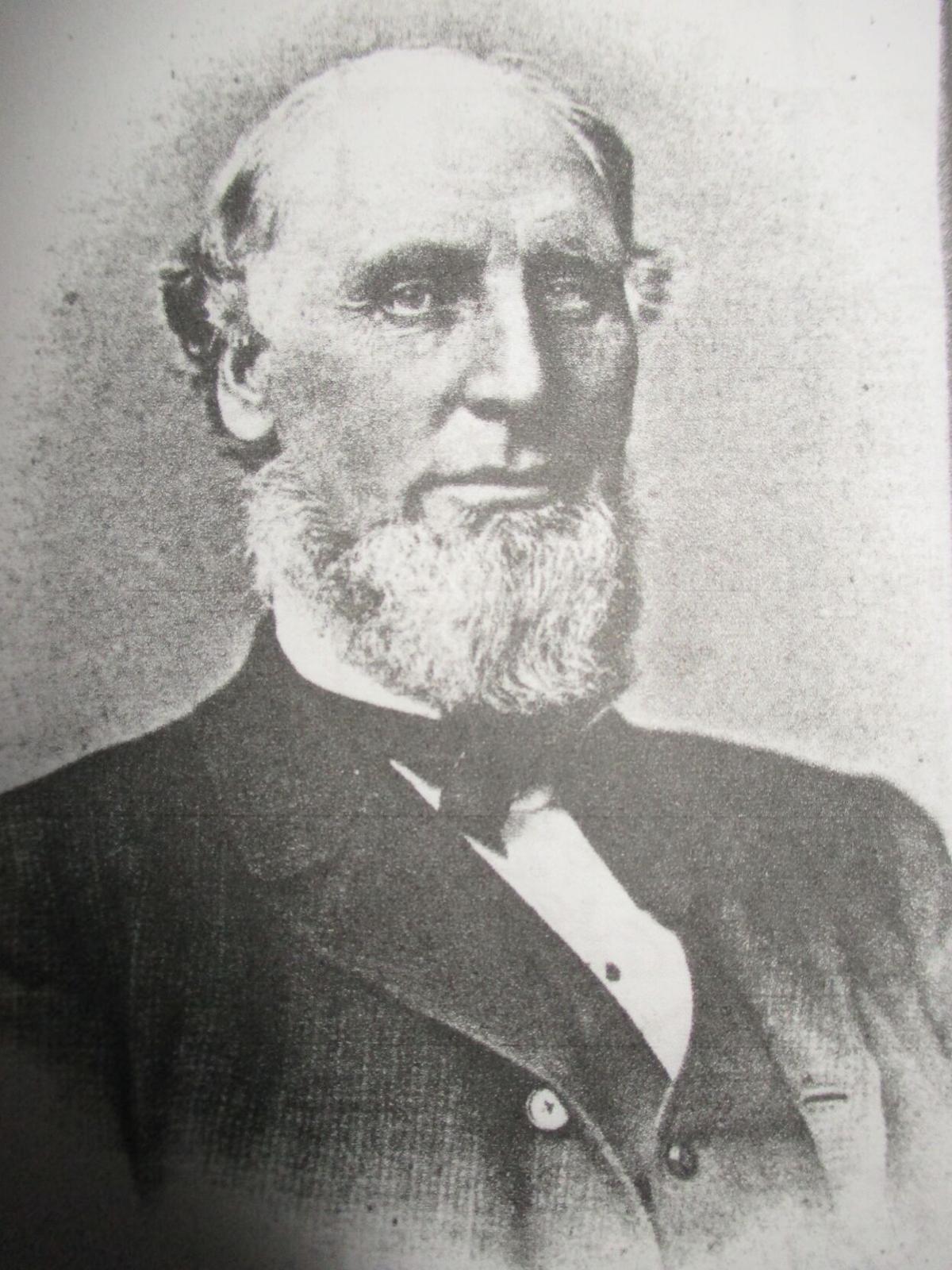 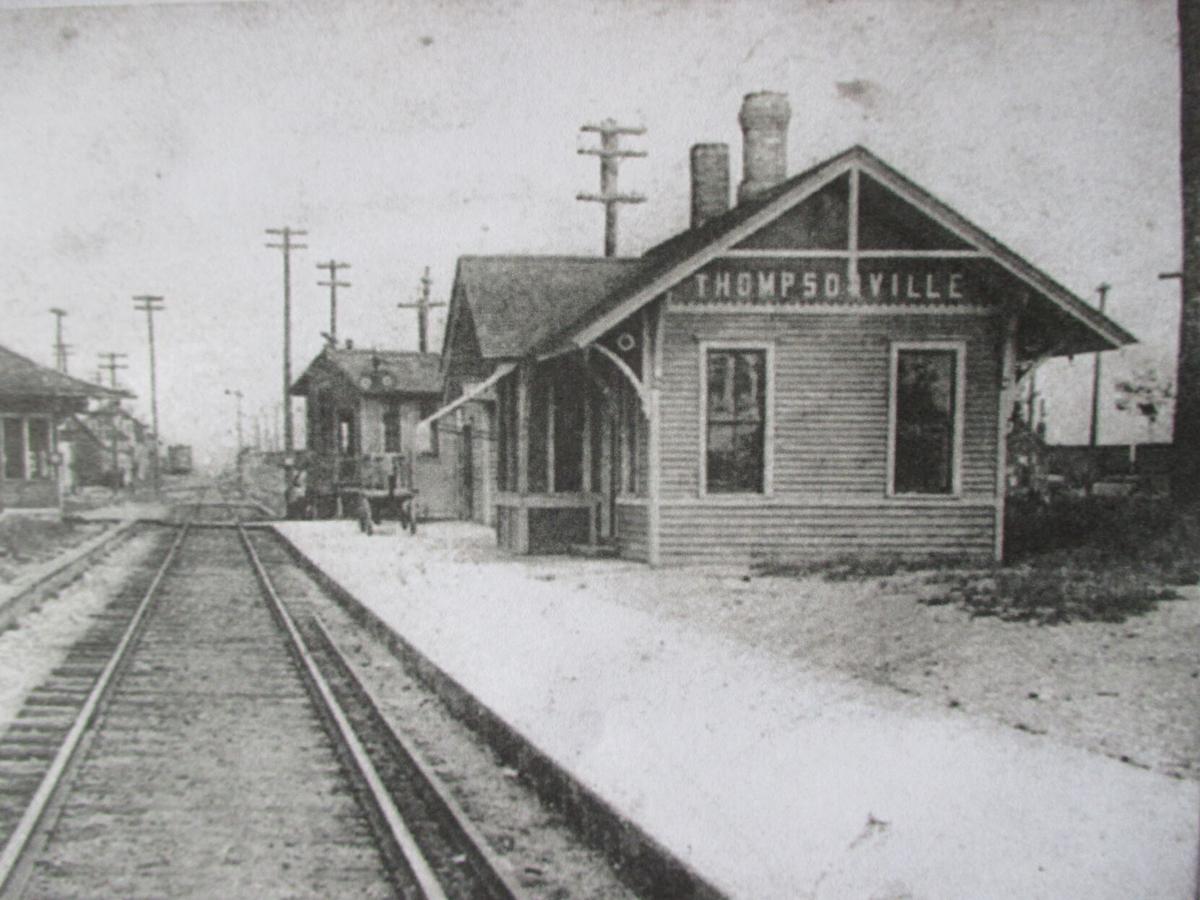 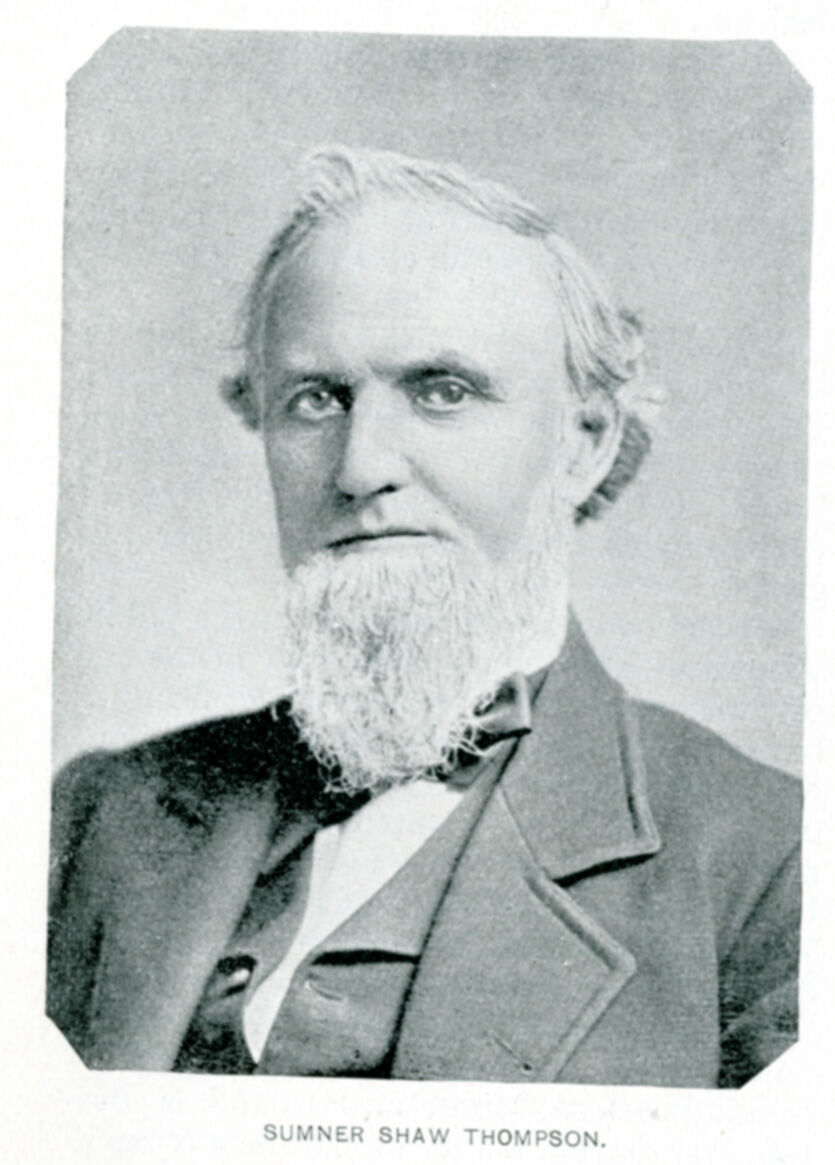 They managed the logging operations of the Fairbanks family of St. Johnsbury, and the Corning family of New York. They also invested in their own interests there, traveling back and forth from Vermont to Michigan a few times each year.

Frankfort, Michigan, is situated in the Northwest part of the state on the shore of Lake Michigan. What made it ideal for logging was the large inlet created by the mouth of the Betsie River, which provided a safe harbor for loading and unloading ships before they sailed into the rougher waters of Lake Michigan. Logs could be driven down the river, much as they were down the Passumpsic River in Vermont, and stored in the relatively calm Betsie Harbor.

The logging industry in Northern Michigan relied on the rivers in the late 1800s, but rail travel was becoming increasingly popular in the rest of the state as it was across the country. Dudley Hall and B.F. Lincoln realized the advantages of a rail system for the transportation of goods, and consulted another Lyndon resident, Sumner S. Thompson, about constructing a rail line from Frankfort to connect with a line being built from Eastern Michigan, which would also cross a north/south rail line. The plan for the Frankfort and Southeastern Railroad was put in place. The three men decided to plat a town where the tracks would meet and name it Lyndonville, after the town in Vermont in which they all resided.

Unfortunately, Dudley Hall died before the railroad was in service. His son Albert took over his interests with B.F. Lincoln, and Sumner Thompson went to Michigan to oversee the completion of the Frankfort and Southeastern Railroad. Sumner was, at the time, a director of the Connecticut and Passumpsic Railroad in Lyndonville, Vt., and had been involved in railroad construction for many years. An article from the Benzie Banner on June 6, 1889 states:

“Fifty years experience in railroad building seems to have admirably fitted Mr. Thompson for that work, as nothing but the best material is being used in constructing the F&S.E.” (Frankfort and Southeastern)

The railroad officially opened later in 1889, and unfortunately Sumner Thompson died in the fall of that year. In his honor, the new town that was originally named "Lyndonville," was renamed, "Thompsonville." Another article from the Benzie Banner (June 5th, 1890) explains:

“The new town of Lyndonville that was platted a few weeks ago is now known as Thompsonville. It already has a sawmill in place and another coming and has good prospects for the future.”

The town of Thompsonville, Mich., much like Lyndonville, Vt., prospered due to the railroad in town. There are three parallel roads named for the Vermonters who initiated the idea for the F & SE Railroad, which in the future connected to the first ferry service across Lake Michigan. Lincoln Ave, a main street in town, runs parallel to Hall Ave. and Thompson Ave. The F &SE was bought by the Ann Arbor Railroad in 1892, and in recent times, as has been the case with many railroads, has been turned into a multi-use recreational trail, called the Betsie Valley Trail.

Lyndonville, Vt., and Thompsonville, Mich., have many similarities. Both towns were designed and built by railroad companies, with Sumner Thompson a player in both rail lines. Both were built near rivers; the Passumpsic, (meaning clear running water in Native American) in Vermont and the Betsie (formerly the ‘Aux Becs Scies’, named by the French for Sawbill ducks) in Michigan were used to move logs until the railroads arrived. They are at almost the same elevation; Lyndonville 722 and Thompsonville 794 feet above sea level. Lyndonville and Thompsonville are small towns with ski resorts nearby. Crystal Mountain, near Thompsonville, is a four-season resort which began operation in 1956. Burke Mountain, about four miles from Lyndonville, has been running since about 1940. Both areas boast outdoor recreation from skiing to biking to kayaking and tubing. The towns also both have lovely public libraries.

Interestingly, Lyndonville, Vt., was also almost called by another name. The town of Lyndon, a few miles south, was already established when the Connecticut and Passumpsic Railroad bought the land for a new depot. It was called Keyes Ville for a time for the standing president of the rail line. The Post Office then came to town and called its office Lyndonville, which became the town’s official name.

The railroad stations in both towns are no longer in place. The stately brick Lyndonville station was eventually taken down, to the dismay of those who appreciate old buildings. However, the original freight house building now houses the Freight House Restaurant, the only place in town to get Starbucks coffee, and the popular Carmen’s Ice Cream Shop. Upstairs in the building is a gift shop with many old railroad photos, as well as a model replica of the Depot and the railroad.

The Thompsonville Depot building has been moved twice, so far. When no longer in use in Thompsonville, it was moved to Copemish when the depot in that town burned. Later it was moved 30 miles to Glen Arbor, Mich., and was a focal point at a garden center called Wildflowers, which recently closed. It will be interesting to see if it will have a new life.

Although occasional freight trains still run through Lyndonville, and the tracks are especially popular around Christmas for North Pole Express rides, one can still travel the old line of the F&SE rail on a bike. Last fall, a dedication of the ‘Diamond Crossing’, where the railroads once met in Thompsonville, was scheduled to take place at the red caboose and the Thompsonville water tower. The two towns once established by the railroad are still enjoying their places in the hills of Northern Vermont and Northern Michigan.