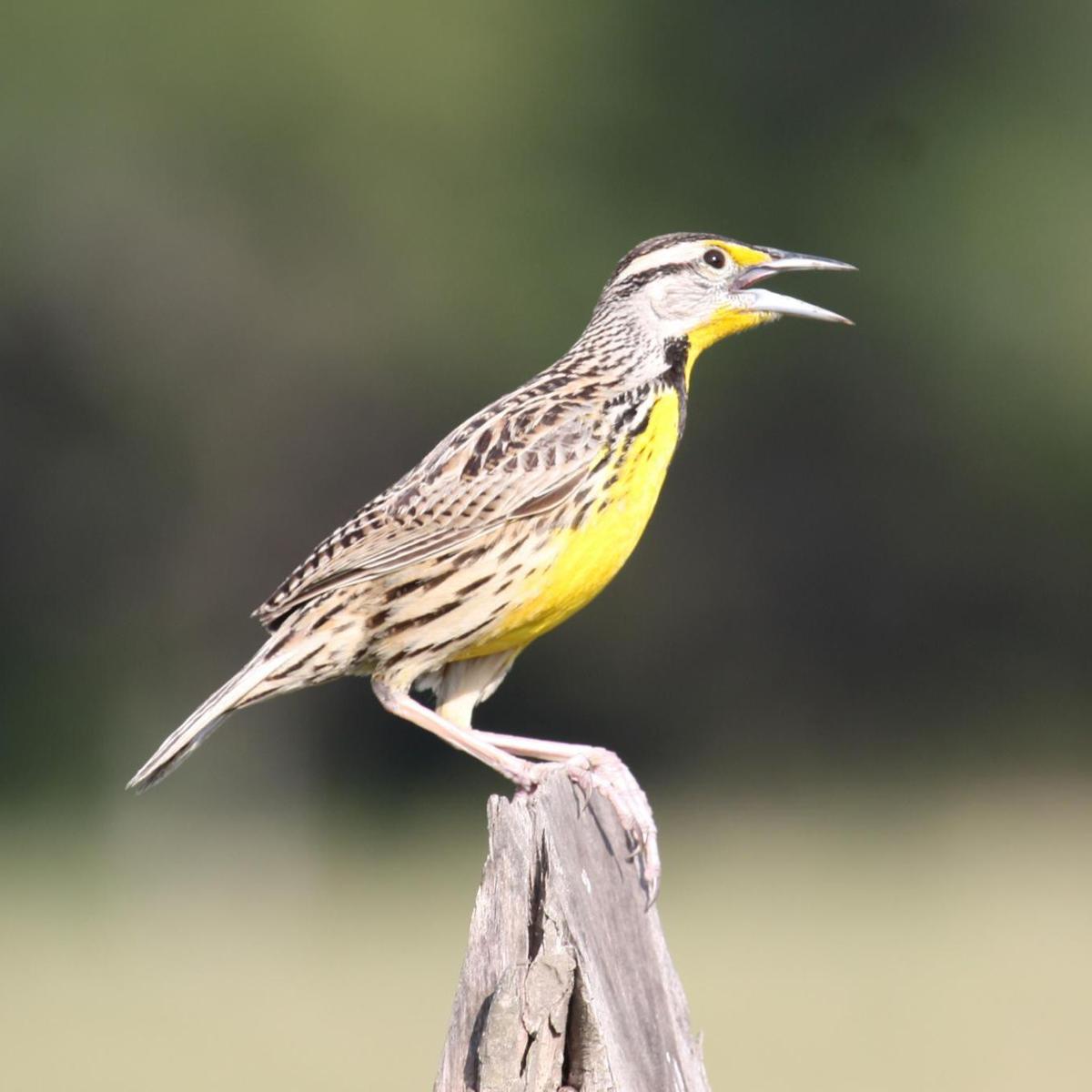 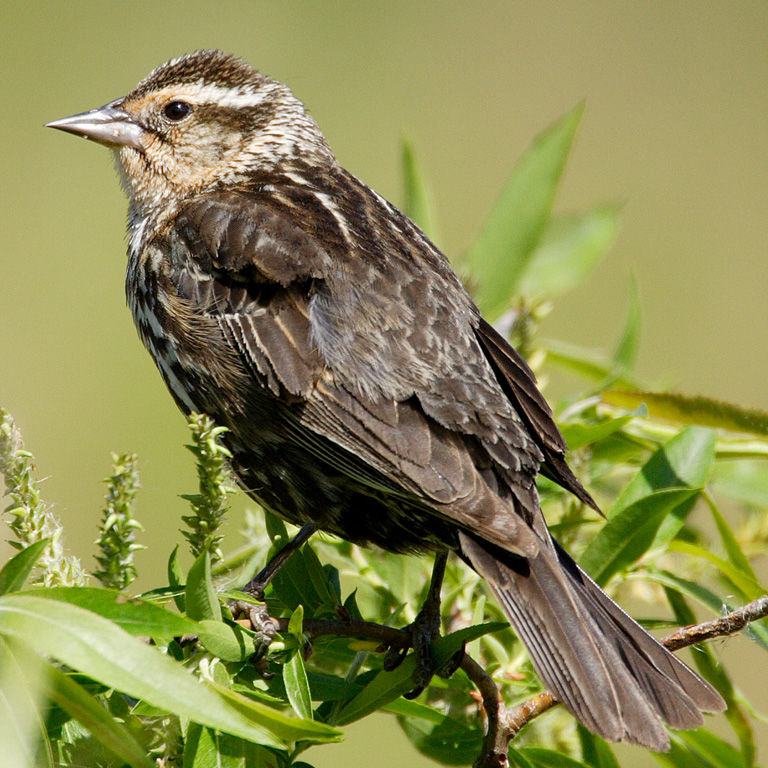 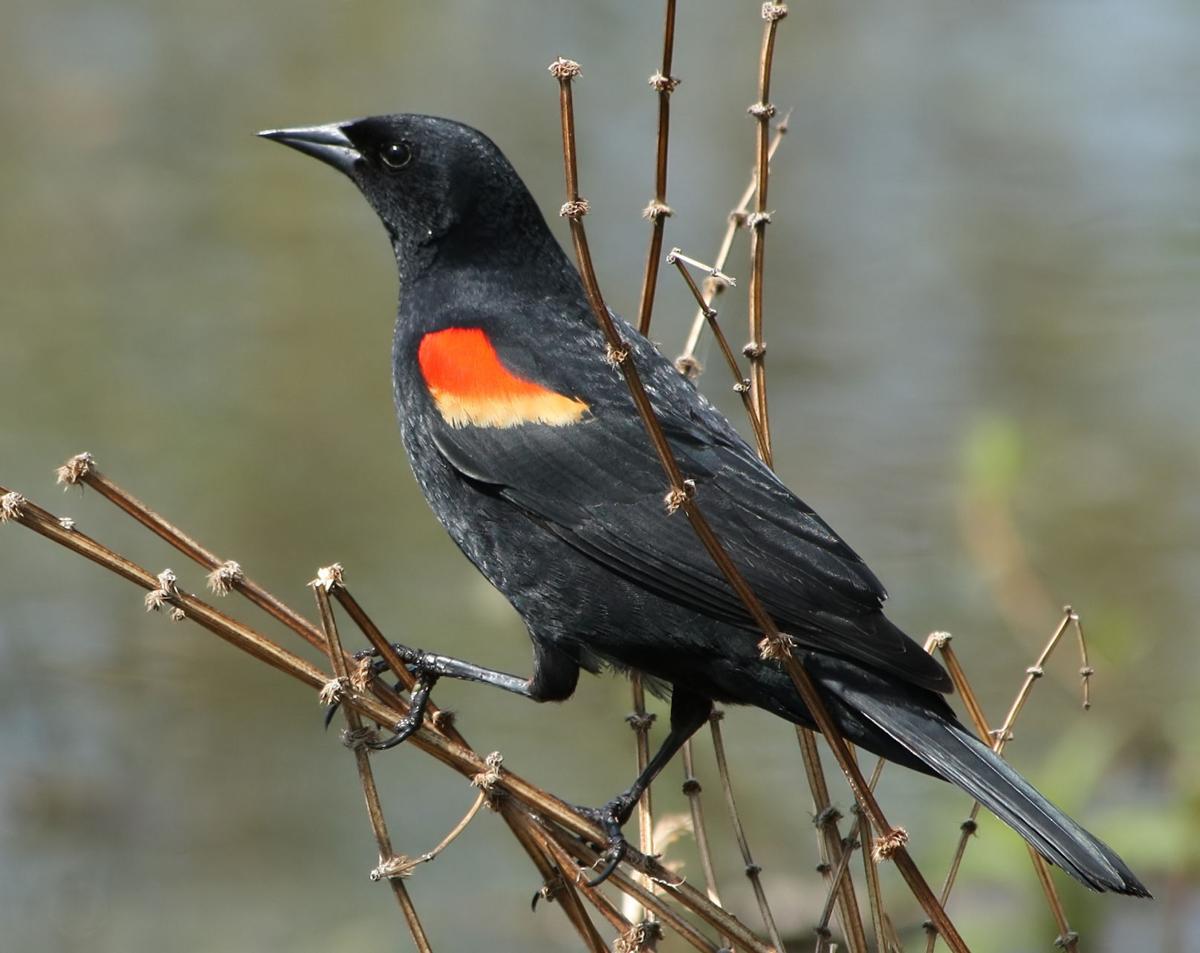 The Meanings of Blackbirds

To some readers, “Blackbird” may mean the Beatles’ song (actually Paul McCartney’s solo). To others, it may mean the amazing Lockheed SR-71 Blackbird aircraft. In painful cultural memories, some will recall it used to be a racial slur. But in our Nature’s Library, Blackbird refers to a variety of species in the Icteridae family of birds.

Tired of winter, on March 15th each year I look for Red-winged Blackbirds to return from their wintering in southern farmlands. This 2020 season was no exception; they arrived right on schedule. The first of these very common arrivals to NEK wetlands, farms, and birdfeeders are males filled with braggadocio and eager to stake out their breeding territories. The combat for territory is especially vital to these “tough birds,” as each male may host several breeding females in his domain. How big is his territory? Here’s a hint: power lines along wetlands often provide high perches for these avian Casanovas, and they distribute themselves about 200 yards apart.

The Icteridae include many blackbird species and their relatives. Here in the Kingdom, we may see Rusty Blackbirds, Common Grackles, Brown-headed Cowbirds, Eastern Meadowlarks, Bobolinks, Baltimore Orioles, and, rarely, Orchard Orioles all in the same family. Sadly, the Eastern Meadowlark, Rusty Blackbird, and Bobolink populations in Vermont have been declining because of changing land use. But beyond the Northeast Kingdom, there are over 100 Icterid species, most in the tropics of Central and South America. These include Oropendolas who make unrivaled hanging basket nests up to 4 feet long, 30 species of Orioles and flashy black-and-yellow Caciques. None of these is McCartney’s “Blackbird”; that is a Eurasian species in the Turdidae family (Thrushes) and can be heard in the song’s background with a melodic voice, unlike any Icterids.

Diverse Behaviors in One Species

Red-winged Blackbirds, like other Icterids, display significant differences between male and female plumage, size, and behavior. He is glossy black with brilliant scarlet epaulets rimmed with yellow. The female is smaller and looks more like a dark brown, streaky sparrow hiding in the wetland. In a cattail marsh, the male will perch on the highest point in his domain, an aggressive sentinel displaying his colors, threatening his rivals, and driving off predators. Meanwhile, the discreet female weaves her secretive nest, incubates her pale blue eggs and naked nestlings, and feeds those nestlings until they fledge and join a growing flock. Though the male may maintain a “harem” of 3-10 mates in his territory, the females often welcome another male’s courtship and breeding. These behaviors maximize the reproductive impact of territorial defense while expanding the local gene pool. The sexes also migrate separately: our males head south in October; the females migrate a bit later but farther southbound each year and arrive back north about three weeks after my March 15 males.

Which Nest is Best?

Family member Bobolinks and Meadowlarks nest on dry grasslands. Baltimore Orioles craft dangling basket nests in the sturdy high branches of elms and maples. Cowbirds, more like Cuckoos than Blackbirds, lay their eggs in other birds’ nests (this is called “brood parasitism”) where they expect their nestlings to be raised and adopted.

Most Red-winged Blackbirds spend the winter in southern states in huge flocks and feed in grain fields and rice paddies where they are considered a devastating agricultural pest. In addition to consuming crops, the mixtures of Red-wing Blackbirds, Common Grackles, Brown-headed Cowbirds, along with European Starlings, are deafening and deposit vast amounts of waste. In breeding season, they diversify their diet to include protein-rich insects, seeds, and fruits. With an endless crop pantry and their protection in vast numbers, Red-winged Blackbirds are among the most common birds in North America. Those that don’t migrate will survive with local wetlands, farm crops, and birdfeeders. Their summer distribution widely ranges from Central America to northern Canada, and their impact in that huge range with a variety of foods dilutes their overall damage.

For centuries the bird that has been anathema to crop farmers is the American Crow, hence “scarecrows.” However, Crows and Ravens are not cataloged with Blackbirds, Meadowlarks, or Orioles. Along with Jays and Magpies, the American Crow is just one species of 129 in the Corvidae family. The Icteridae are probably glad to pass the blame.