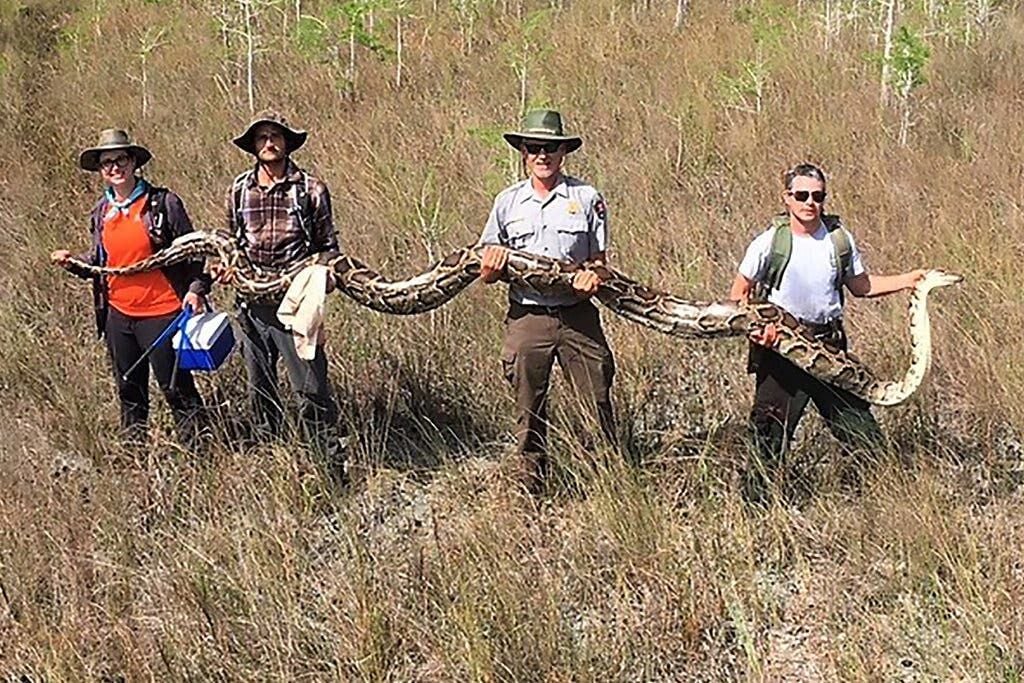 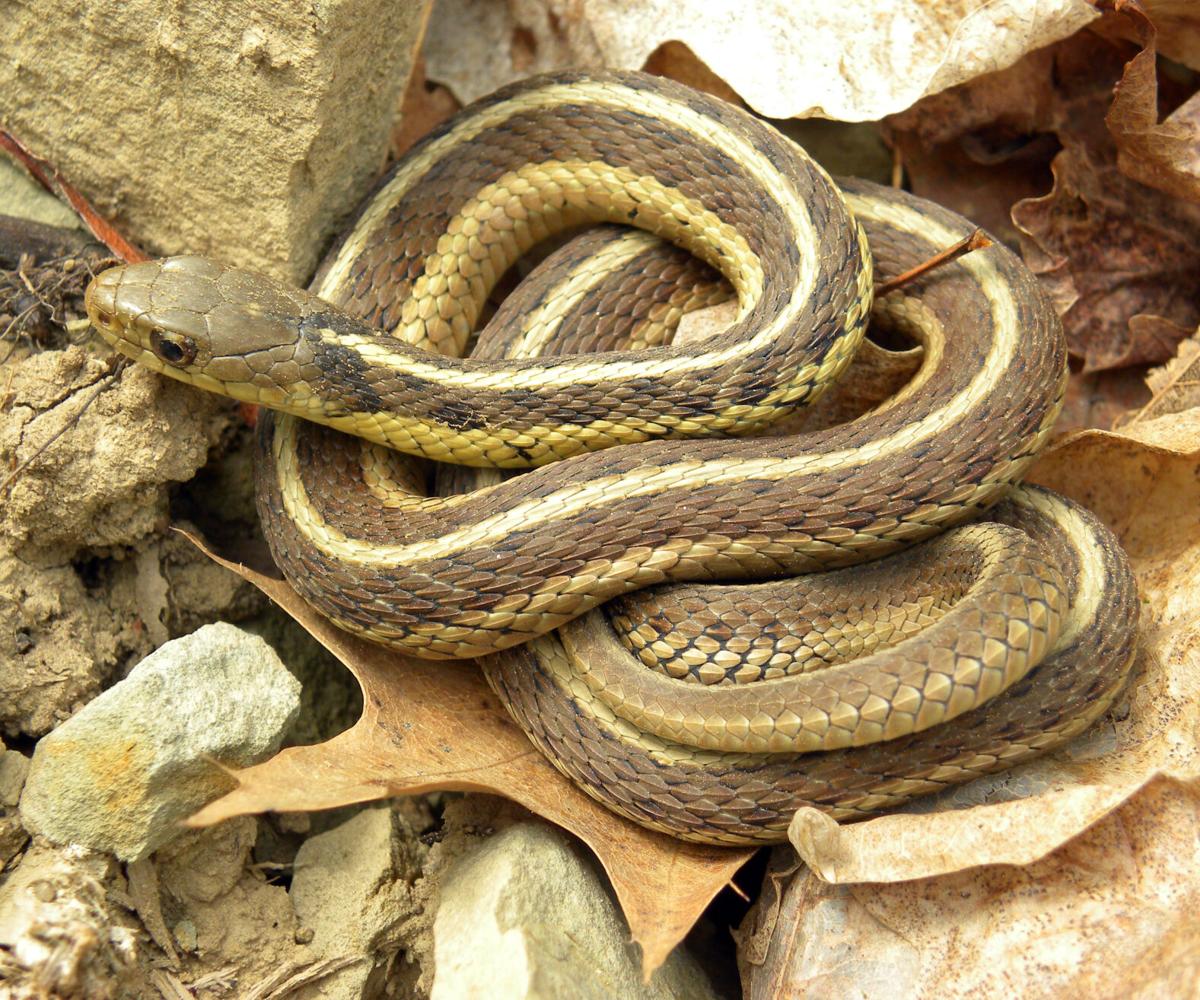 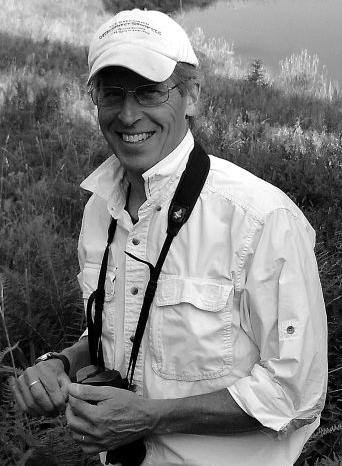 Serpents are snakes, and we’ll take a look at Vermont’s small serpents, water snakes, and rare rattlers. Beyond Vermont, the spectrum will continue into the deep south.

Have you ever been startled by a snake on the trail? Most humans recoil from snakes quite quickly. Over the past millennia, many mammals, birds, and amphibians have developed an instinctive fear of reptiles such as alligators, turtles, and snakes. Here in the Northeast Kingdom, alligators aren’t a hazard; snappers are our only concern for dangerous turtles; but, like you, many Vermonters have recoiled in an encounter with a snake.

In a recent October week on our backroad of Peacham, Jessie the dog and I came upon four small Garter Snakes. They were sunbathing on the road, but each of them had been flattened by vehicles. Common Garter Snakes are the most familiar serpents in Vermont; their habitats include more than busy roads. They are 1-2 feet long, slender, and dark brown or olive with pale yellow stripes from head to tail, and a pale underside. They are diurnal omnivores when active. To come upon one, I am tempted to pick it up and hold it, but after a moment, a pungent, musky aroma is passed from snake to a naturalist's hands. The female gives birth to litters of 10-40 in the summer.

Most Vermont snakes may be comparatively small because their metabolism and growth may slow down during hibernating in winter. Vermont Fish and Wildlife list 12 snake species in the Green Mountain State, but not all would survive the climate of the Northeast Kingdom. Among the dozen are these small species less than 2 feet long are: Smooth Green Snake (rare in the Kingdom), but the two I’ve met were about 1.5 feet long and slender in the grass, as well as a foot ahead of the lawnmower. Red-bellied Snakes, Ring-necked Snakes, and DeKay Brown Snakes are also dainty.

Throughout Vermont, anglers and boaters at ponds may meet a Northern Water Snake 2 to 3.5 feet long, but stout in weedy shores or basking on fallen cedars. Our farms are not the only location where the handsome Eastern Milk Snakes are found, but their name evokes an old assumption that they would milk the cows. These have a bold pattern of reddish-brown patches bordered by black lines and pale ground color. The Milk Snake is non-venomous, but it threatens to strike and shake its tail like a rattler.

In southern Vermont, the Eastern Ribbon Snakes (a look-a-like to the Garter Snake) and Eastern Rat Snakes (5-6 feet long) may be found. But Vermont’s only venomous snake, the Timber Rattlesnake (very rare even in its rockslide habitats in Rutland County) is dark, 3-4 feet, quite heavy, and not to be disturbed or handled!

Much further south, large and or venomous snakes are ectotherm, which is dependent upon external heat sources. Heat is not short for them in the southern states and the tropics. Familiar names down there and beyond are Copperhead, Cottonmouth, Coral Snake, Python, Cobra, Viper, and many more Rattlesnakes. I’ve watched Cottonmouths and Copperheads in Florida, Georgia, and South Carolina and had a startling Rattlesnake encounter in Southern California. These were the most dangerous edge of the spectrum of snakes in my mind. Some 32 species of Rattle Snakes exist in the Western Hemisphere and its warm locations.

Over the past decade, the biggest story of snakes in the U.S. is the introduction of alien species: most have been in Florida’s sprawling Everglades wetlands and have been identified as huge Burmese Pythons. This species is not venomous but is a capable constrictor. They prey upon thousands of Everglade mammals, birds, and other reptiles. The stories evolving about these do not include consumption of humans, but one python did possess a swell in its abdomen as it captured and digested a deer. These pythons may reach 18-20 feet in length, and one weighed in at 400 pounds. In Florida, the pythons destroy the unique Everglade ecosystem in flowing water, swampy soil, or agricultural land. Geographically and ecologically, these Burmese Pythons are as much on the edge of the wide spectrum of serpents as the Rattlers.

I encourage readers to search for information and images of the dozen snake species in the Northeast Kingdom; most are attractive and unthreatening to us. Similarly, follow any illustrated story of the Burmese Pythons since you’ll never see them in Caledonia, Essex, or Orleans Counties.

Some helpful references of a deeper understanding of snakes might include: “Reptiles and Amphibians of Vermont Natural Heritage Inventory” available on the internet, and simply, a search for “Florida Pythons in the Everglades.” You’ll get astonishing photos and natural stories.

Our road is lined with stone walls and abandoned foundations that offer a variety of snake dens. During their summers, the garter snakes were very discreet in these shelters of warmth, safety, and potential prey.

In the winter months, snakes hibernate, often in dens and tunnels excavated by small mammals. So, why were they crossing the road? In late autumn, the road surface was still warmer than where cool roadside weeds and trees would shade them. Most local snakes’ remarkable senses find radiant warmth and they may smell or taste the scent of their prey, including earthworms, leeches, snails, small mammals such as mice and voles, ground bird nests, insects, and their larvae, and many more. Also, in winter when hibernating, many snakes of different species may gather together in squirming heaps (quite common) in chipmunk or woodchuck dens to share the heat of the pile’s mass.

Imagine that you have no limbs, but you do have an incredibly flexible spine built of scores of vertebrates; your digestion system allows you to snag and swallow but not chew an animal your size, and you will give birth to scores of young or release many eggs. Serpents readily live that life, so watch out for them on your road.