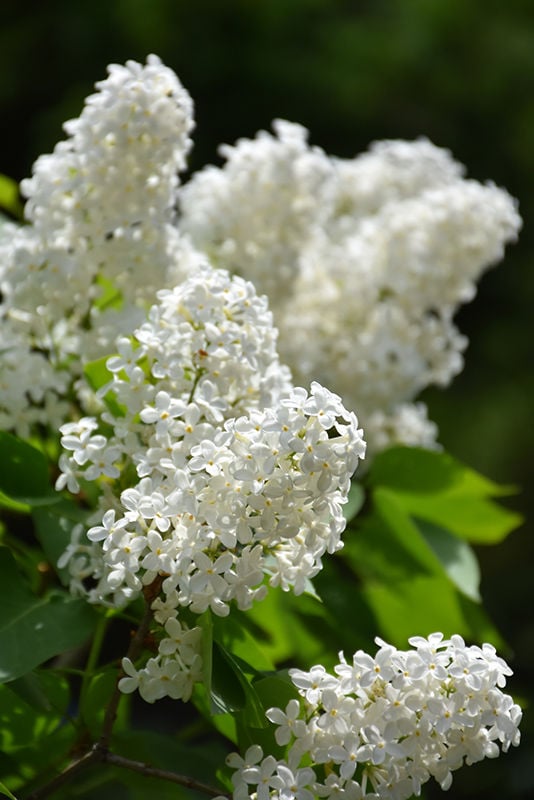 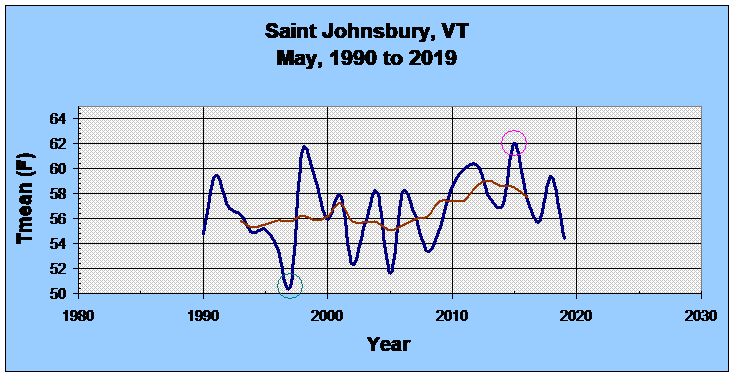 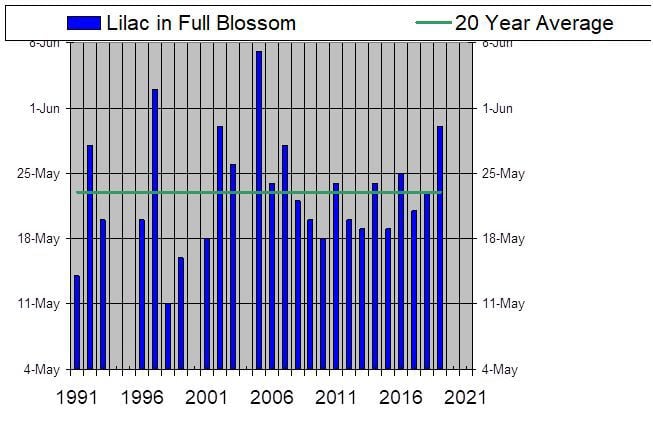 This year, probably more than any other May in memory, we are looking forward to a month that brings us a preview of summer’s weather.

May offers its share of setbacks, and about one in five Mays whitens the ground with some snow on the hills and flurries down to the valley floors. But with the month starting with the “shelter-in-place” order still in effect, most of us are understandably anxious to enjoy the warmer side of this merry month.

There are a couple of ways to think about warm weather in May. Some years feature an early end to the frosts and an overall warmth that encourages the brightening spring green-up. Others are characterized by swings in temperatures, which can include surges of pre-summer heat, reaching 90 degrees on occasion. Temperature records will show this information, but I’ve also been keeping track of a specific lilac tree in the back yard of the Fairbanks Museum, which blossoms nearly always in May. Its connection to the weather involves several factors, including temperature, cloud cover, and rainfall. The study of plants and their response to the influence of seasonal variations and cycles is called phenology.

One lilac tree, in one location, doesn’t tell the entire story, though the consistency of its location and observation improves the quality of the observations. The chart shows the dates when the lilac has reached its full blossom, with a line indicating the 20-year average date. There are a few missing years, primarily because there was no specific attempt to mark these dates initially. Over time, it became an important marker of the season and a wonderfully tangible way to compare the progress of the natural world through the course of spring.

What can we glean from this snapshot of the lilac tree in the Museum’s backyard? First, the range of dates extends from May 11, the earliest the lilac has reached full blossom, in 1998, while the latest waited until June 7 in 2005. You might expect the temperature to be the primary factor, so let’s look at the average May temperatures over the same time period. (See chart above)

The coldest May was in 1997, and the lilac was late, June 4, but not the latest on the records. The latest, June 7, occurred with another chilly May in 2005, though not as cold as 1997. The warmest Mays, in 1998 and 2015, had earlier dates, but while the lilac was in full bloom on May 11 of 1998, it waited until May 20 in 2015. This suggests temperature plays an important role, but not necessarily the only factor. I have looked at other details, such as rainfall, and extremes of temperature, but the combination of factors brought me to no specific conclusion. The delightful aspect of this particular set of observations comes in the comparison from one year to the next, and the emerging pattern, or even a lack thereof, over the years as the observation grows.

As I was charting the temperatures and the lilac blossoms, the warmer and colder years opened up other variations in the weather, including the occasional, premature arrival of summer, in the form of heatwaves.

May isn’t exactly known for its heatwaves, which is defined as a period of three consecutive days with a maximum temperature of 90 degrees or greater. Only four years in the past 125 have achieved this ranking, starting with the noteworthy spell of 1911. The first part of that May showed no signs of early summer, as the temperature tumbled to 22 degrees at the Fairbanks Museum on the 5th, which means many of our colder hollows would have bottomed out in the teens. One week later though, a taste of warm weather sent thermometers into the 80s, well above the average of 70 degrees. Surprisingly, after reaching 81 on the 13th, temperatures plunged to 31 on the 14th and again on the 17th. But the heat built again just a few days later, climbing to 93, 96, and 90 from the 21st through the 23rd. It remains the earliest period of hot weather on the Museum’s records. Why such extremes during May of 1911. Records show that both April and May were remarkably dry, with only one inch of rain each month, compared to an average of 2.85 inches for April, and 3.25 inches in May. With the strengthening sun, the ground easily dried out, keeping the air above it quite dry as well. The water content in the air strongly affects the change in temperature, due to water’s quality of requiring great amounts of energy to change its temperature. Dry air, therefore, produces wide swings in temperature. The weather pattern that sent this surge of summer into the Northeast Kingdom, and the North Country of New Hampshire remained in place into July. The heat climaxed on July 3rd and 4th of 1911, reaching 101.5 degrees on the 3rd, the hottest temperature ever recorded at the Fairbanks Museum, and still boiling at 100 degrees on the 4th of July.

Whether this May provides such a preview of summer remains to be seen, but the lilac tree in the backyard of the Museum will very likely become quite fragrant by the last week of the month. I can only hope it will be more than just me that can enjoy it by then.”