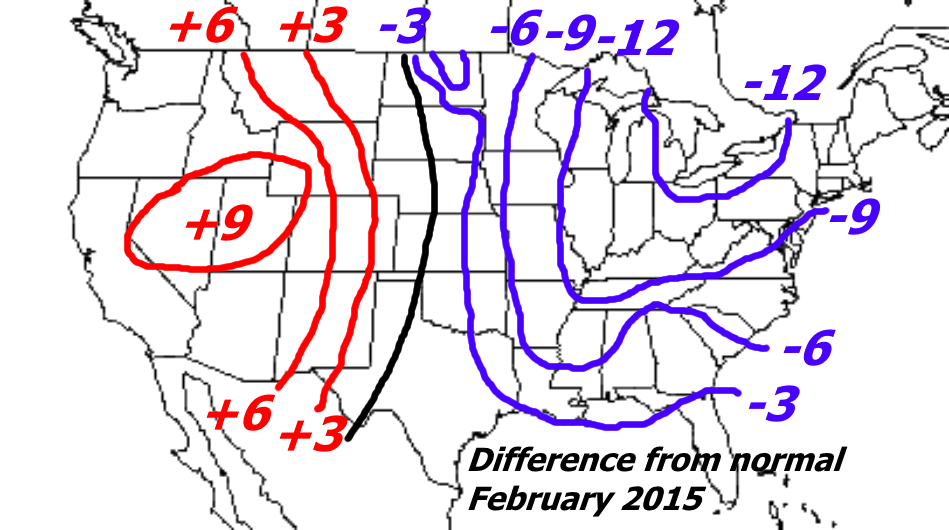 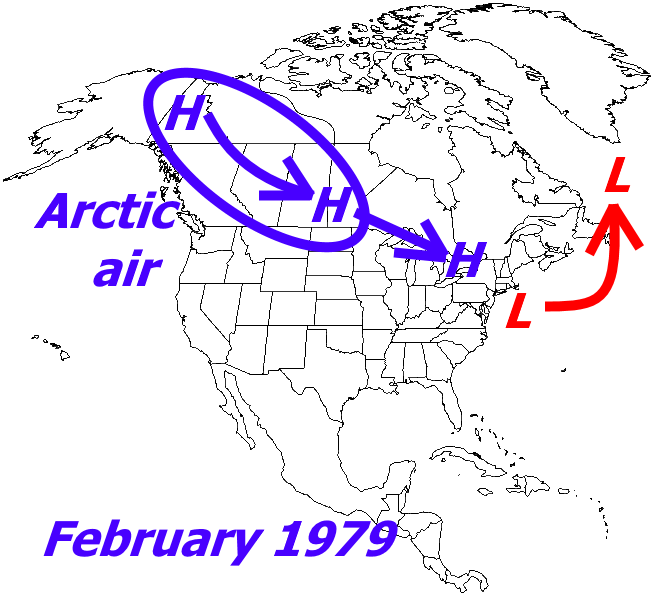 I suppose you could consider February an overachiever when it comes to weather. Our shortest month of the year seems to pack in much more than just a month’s worth of weather in its 28-day span.

February easily features episodes of the snowiest or coldest weather we can experience, and yet some winters meet an early end with some surprising warmth in late-February and patches of bare ground appear. Of course, that doesn’t mean we won’t get pulled backward by cold and snow in March, or even April.

One of February’s classic features is extended periods of cold. While our weather typically offers changeable conditions, at times the atmosphere seems to find a balance point, permitting weather systems to slow down to a crawl, or even stall, resulting in at least several days, and sometimes as many as three weeks of virtually the same weather day after day after day.

One of the most outstanding cold waves on modern record lasted nearly three weeks during February of 1979, which happened to be my first year attending Lyndon State College (now Northern VT University – Lyndon). The weather situation that created this arctic siege can be traced back to a storm in late January. The storm tracked from near New York City on the 25th of January, then curved northeast and finally north to the iceberg-choked waters southwest of Greenland. The storm then pirouetted through the middle of February over this same general area, which meant its northwesterly circulation on its western flank remained over eastern Canada and the northeastern U.S. for another three weeks. (See Figure 1)

At the same time, late January of 1979 featured a building region of high pressure over the Yukon Territory of northwest Canada, which created clear skies and light winds, while the sunlight was brief and low in the skies. This allowed the air sitting over the snow-encased tundra to lose what meager heat it had (it’s hard to imagine temperatures of 20 below zero as “heat,” but that’s much warmer than outer space at 450 degrees below zero surrounding the Earth). The cold intensified by early February, with the first piece of arctic air diving southeast into Vermont by Feb. 4 and 5, sending temperatures tumbling to 19 below in West Burke and Newport, and minus 16 in St. Johnsbury. For West Burke, this was the first in a stretch of 18 consecutive nights below zero, among the longest stretches for any location in VT in the past 125 years. A weak storm slipped through on the 8th, with some light snow amounting to a few fluffy inches, and keeping temperatures between 5 below and 5 above zero at night. Behind that system, a greater surge of arctic air pushed south, sending thermometers into the 20s and 30s below by the morning of the 10th. The next nine days featured a parade of arctic high-pressure areas settling over us, with temperatures each morning in the 20s and 30s below zero, the longest stretch of deep cold of the 20th century.

This century has also witnessed February’s ability to host an unrelenting arctic cold. February of 2015 featured more sub-zero nights than 1979, with only two nights above zero in West Burke, including a 22-day stretch of mornings at zero or below, starting on Feb. 11, extending into the first four days of March. During that same stretch, the Fairbanks Museum recorded its only February in 125 years during which the thermometer never climbed above 32. Perhaps that doesn’t sound so unusual, but you need to consider that the sun has strengthened considerably by the last week of February, equivalent to that of mid-October, when the average temperature in the afternoon reaches the 50s. We were not alone in 2015 (see Figure 2). Six winters ago, most of the eastern U.S. was locked in a deep freeze that set records for the coldest February in several states, including Ohio and Michigan, while most of the northeastern U.S. recorded its coldest January through March since modern records began in the late 1800s.

If there’s another February worth noting for its deep freeze, it would be the frigid month of February 1934. Although there were two days when it warmed above freezing, our parents or grandparents experienced 20 nights below zero, including a stretch from the 7th through the 9th when it never warmed more than 5 below zero during the day and fell to 34 below zero at night in St. Johnsbury. The persistence of the cold in 1934 resulted in the coldest February on the Fairbanks Museum’s records, averaging only 6.1 degrees. It also stood as the coldest month of any month until the bitterly cold December of 1989 brought us 20 nights below zero, and only warming above freezing on the very last day, resulting in an average of 5.5 degrees.

Each of these bone-chilling February’s was about 35 years apart. And curiously, each was followed by about five years of rather warm Februarys. What does that mean? Perhaps nothing. But we’ve had several warm Februarys since 2015, so perhaps this February has something else in mind. No doubt, the weather does have a mind of its own.