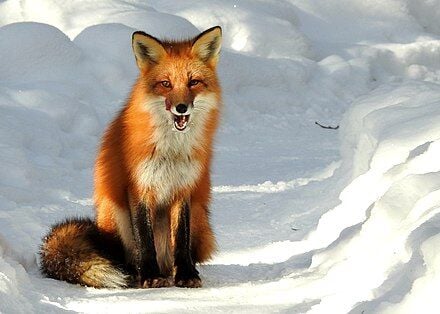 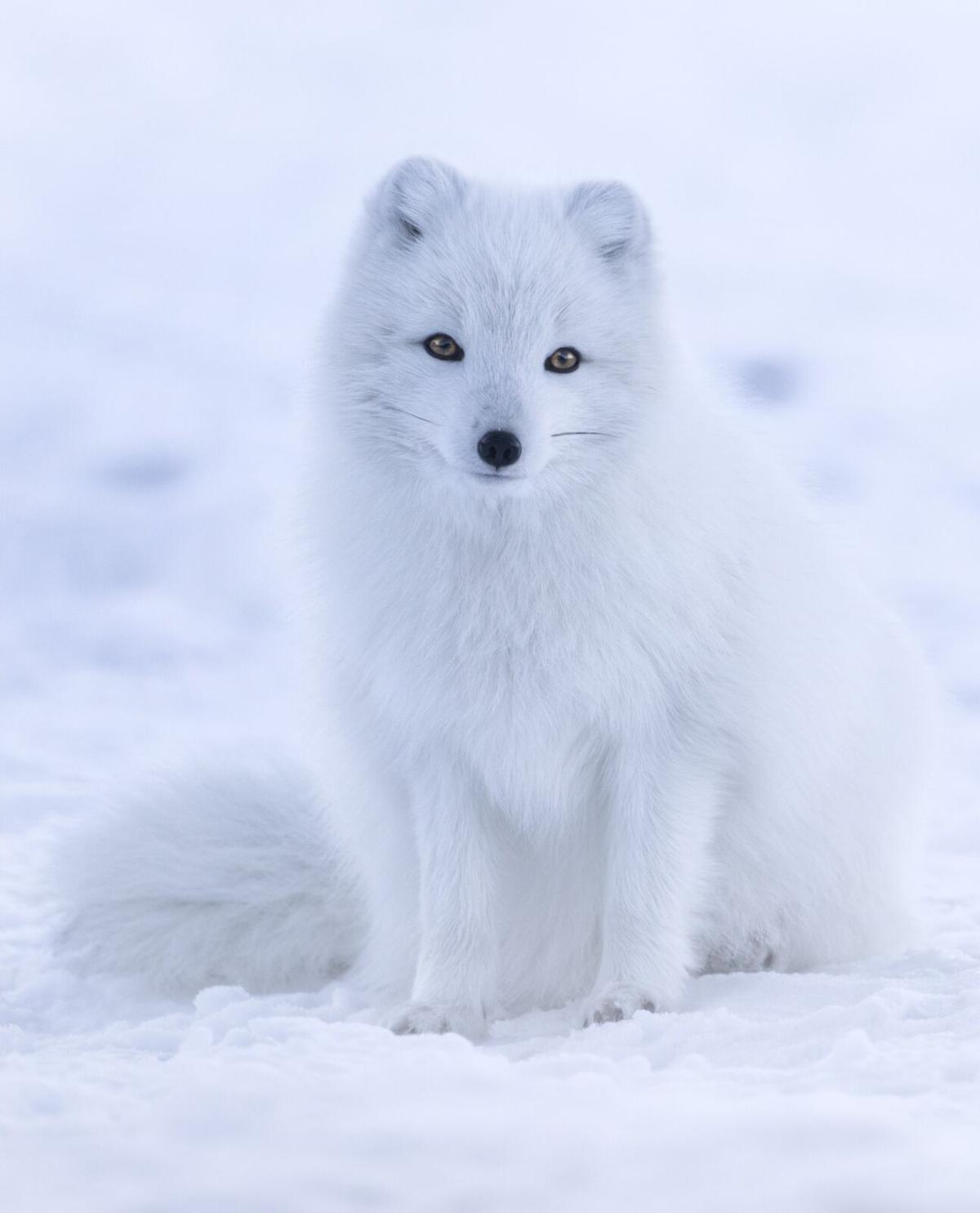 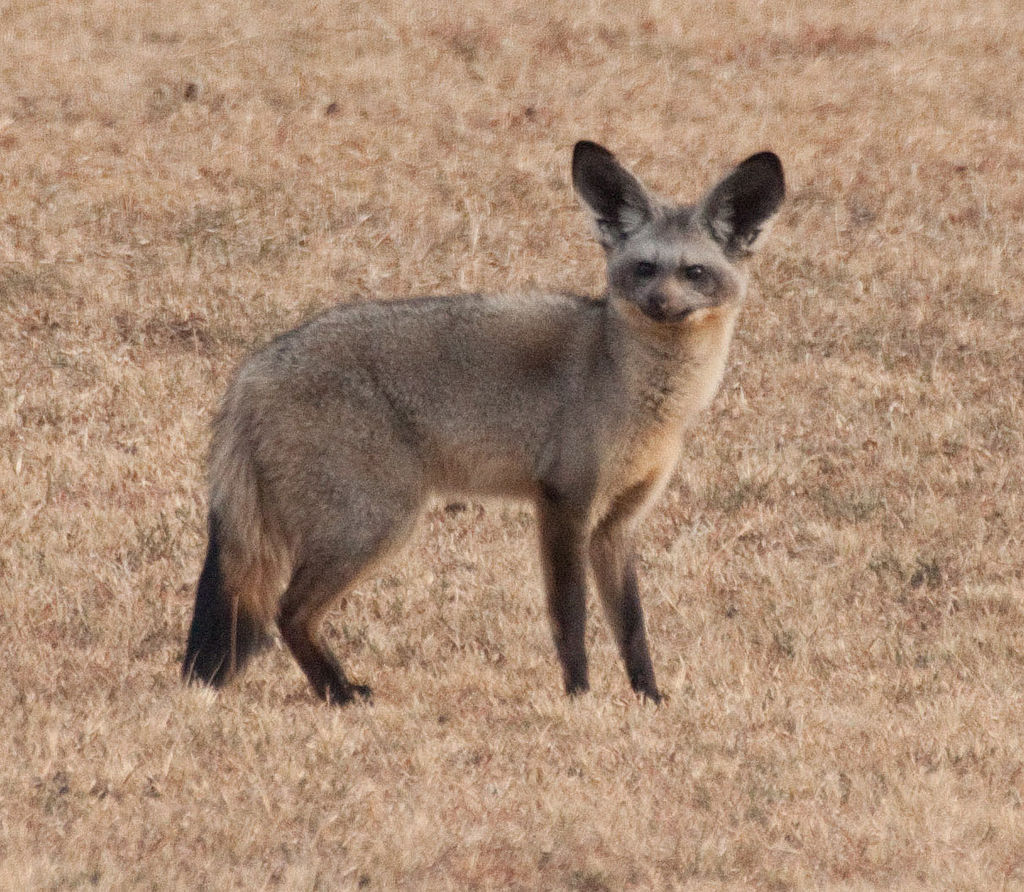 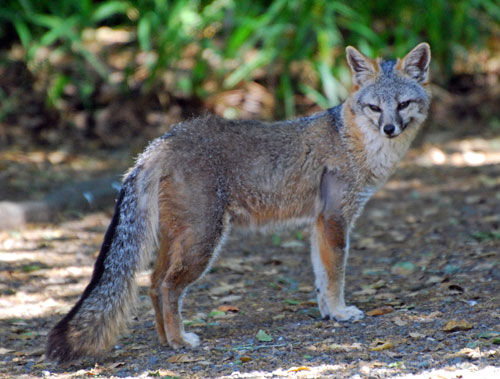 Foxes inhabit every continent but Antarctica. Twenty-four fox species are listed in canine taxonomy, but by far with the most expansive range is the Red Fox. Subspecies of red foxes occupy Europe, western North America, eastern North America, and Central America. The history of red foxes in North America has many interpretations. Did two subspecies arrive during the Pleistocene (Ice Age) with their range defined by continental glaciers? Yes. Did they come with English settlers to North America? Also, yes. Red foxes have been natives on this continent for perhaps 400,000 years. Foxes introduced from Europe were fewer, but genetic differences tell us that all of these red foxes are cosmopolitan.

Vermont hosts only two fox species – Red Fox (Vulpes vulpes), the largest of foxes, and Gray Fox (Urocyon cinereoargenteus) though the latter is more familiar down south. Two others are of personal interest: the Arctic Fox (Alopex lagopus) and the Bat-Eared Fox (Otocyon megalotis).

RED FOXES are abundant in Vermont; they thrive in farmlands, forests, and the margins of our towns and cities. Their preferred homes are edge habitats with a variety of cover, plants, and animals.

We are delighted to share the landscape with our local foxes. Recently, a fox and I enjoyed a reciprocal morning stare in our field. The fox emerged from one of its two dens (one in the field, one tucked away against a stone wall) and then casually ambled across the field in search of mice, voles, and squirrels. In other seasons, the fox family expands its range, and its diet adds hares, birds, eggs, large insects, carrion, and wild fruits and berries. This summer a red fox trotted across the field to survey the daytime dining opportunities on the banks of our pond. A few winters ago, a comfortable fox curled up into deep snow about 30 feet away from our house for a full day. This bold red-orange critter, with its warm white-tipped tail, had found a spot for basking in faint sunshine while watching our bird feeders for squirrels. In light snow or mud, tracking red foxes reveals their efficiency. Most active at night, they tend to hunt in straight, purposeful lines, unlike meandering domestic dogs exploring a nose full of odors. The fox has a smooth pace with a gait known as “direct-registry,” in which the hind footpad steps directly into the larger front footprint. Tracks in this gait will reveal that foxes are present in both rural and urban habitats.

Red foxes mark their trails and territories with a musky urine scent; they have a high-pitched bark; they mate once a year in the spring, and, if successful, produce a litter of 4-6 kits. On average, they live three years, though there have been times when rabies shortened fox lives and endangered domestic dogs, cats, and livestock.

GRAY FOXES are scarce in the Northeast Kingdom, but they are remarkable. This is the only canine in North America that can climb trees! Years ago in Rhode Island, I saw one in a tree, but I missed the climbing. Like cats, fishers, squirrels, and black bears, gray foxes have grasping, sturdy, hooked claws. This fox has gray fur with touches of red and white around the face and legs and also features a black fur stripe to the tip of its fluffy tail.

The Gray Fox prefers rocky habitats, deciduous forests, where they find their favored prey – rabbits, voles, shrews, mice, birds, and fruits. This omnivorous species ranges from southern Canada to South America. However, throughout N. America their population has been reduced by land development and loss of forests. They may den in hollow trees, stumps, or the forest floor. Though they are homebodies, gray foxes are seldom observed because of their nocturnal activity.

ARCTIC FOXES. This extraordinary small carnivore lives in the coldest circumpolar lands of the Arctic, from rocky islands to sprawling tundra to the northern edge of the boreal forests. In the deepest cold, dark days of winter, the environment temperature is 150-180° F. below the Arctic fox’s body temperature! Essential adaptations and behaviors help the foxes survive. To quote Wikipedia, “To prevent heat loss, the Arctic fox curls up tightly tucking its legs and head under its body and behind its furry tail….Arctic foxes also stay warm by getting out of the wind and residing in their dens….They build up their fat reserves in the autumn, sometimes increasing their body weight by more than 50 percent. This provides greater insulation during the winter and a source of energy when food is scarce.”

Arctic foxes living on snow-covered tundra have dense, layered white fur –great insulation and camouflage, but they develop a brown coat during the summer months with the snow gone. The foxes living in the mountains and rocky ledges are blue/gray/brown throughout the year. Their basic sources of food are lemmings, and, in spring and summer, nesting birds and eggs, as well as carrion left by polar bears and wolverines.

BAT-EARED FOXES live in two separate savannas in east and southern Africa. In Botswana, a group of us witnessed this wondrous creature as it poked its head out of a sheltering den. And, yes, the ears are out of proportion for foxes, but these animals benefit from their ear surface to release body heat in intense regular day heat over 100°, as do elephants. They also find comfort from the shadows of acacia trees. Small and slender, the bat-eared fox has lean body mass.

With these environmental challenges and genetic adaptations, bat-eared foxes, though carnivores, do not need a diet of small mammals. Instead, they hunt together upon colonies of harvester termites. Yum. Without these abundant insects, the bat-eared foxes will resort to a menu of grasshoppers, ants, beetles, and delectable scorpions and spiders. Compared to our red foxes, this is a hard-living, resourceful canine!

These examples confirm the diversity of foxes achieved from their very ancient evolutionary line, with ages for adapting to environment and climate conditions.