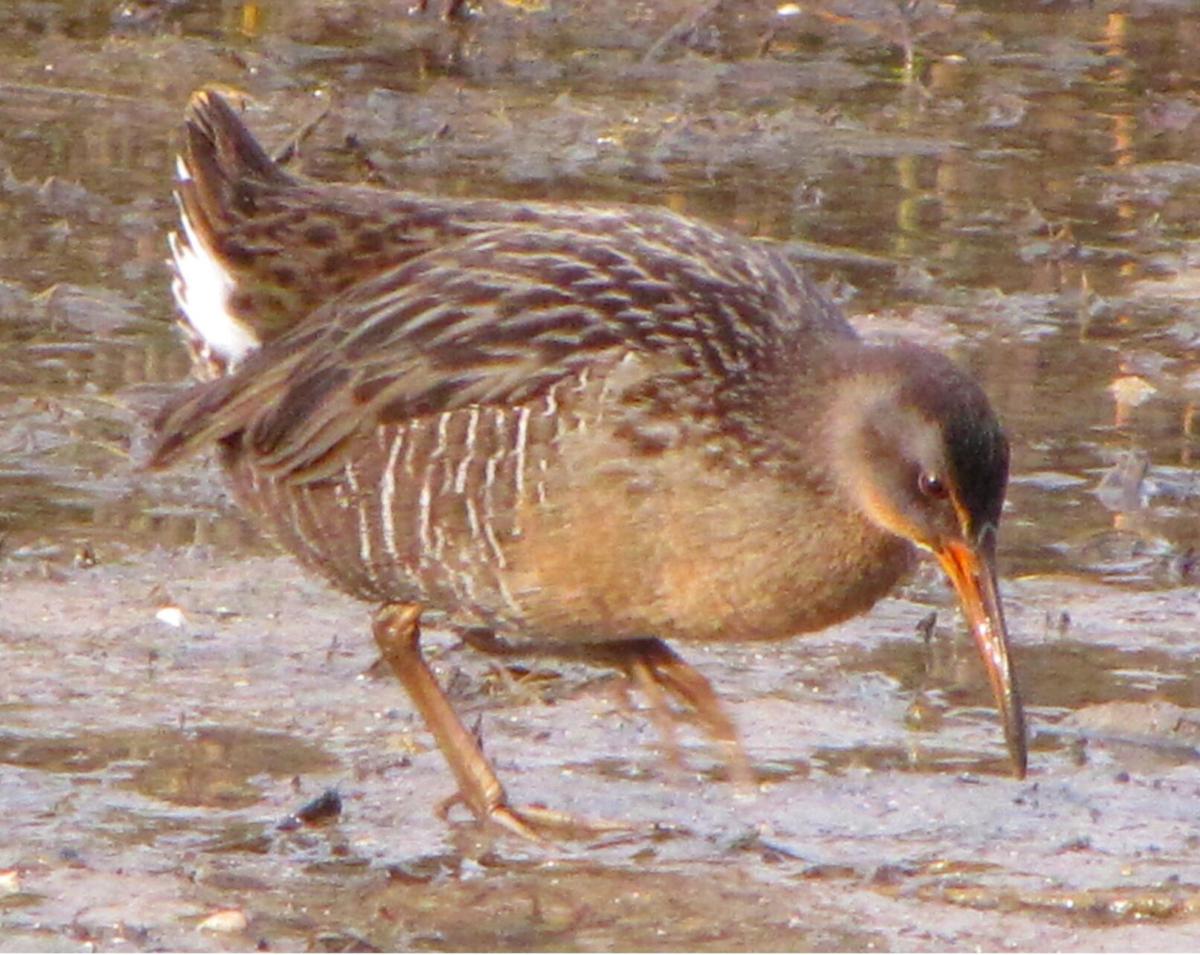 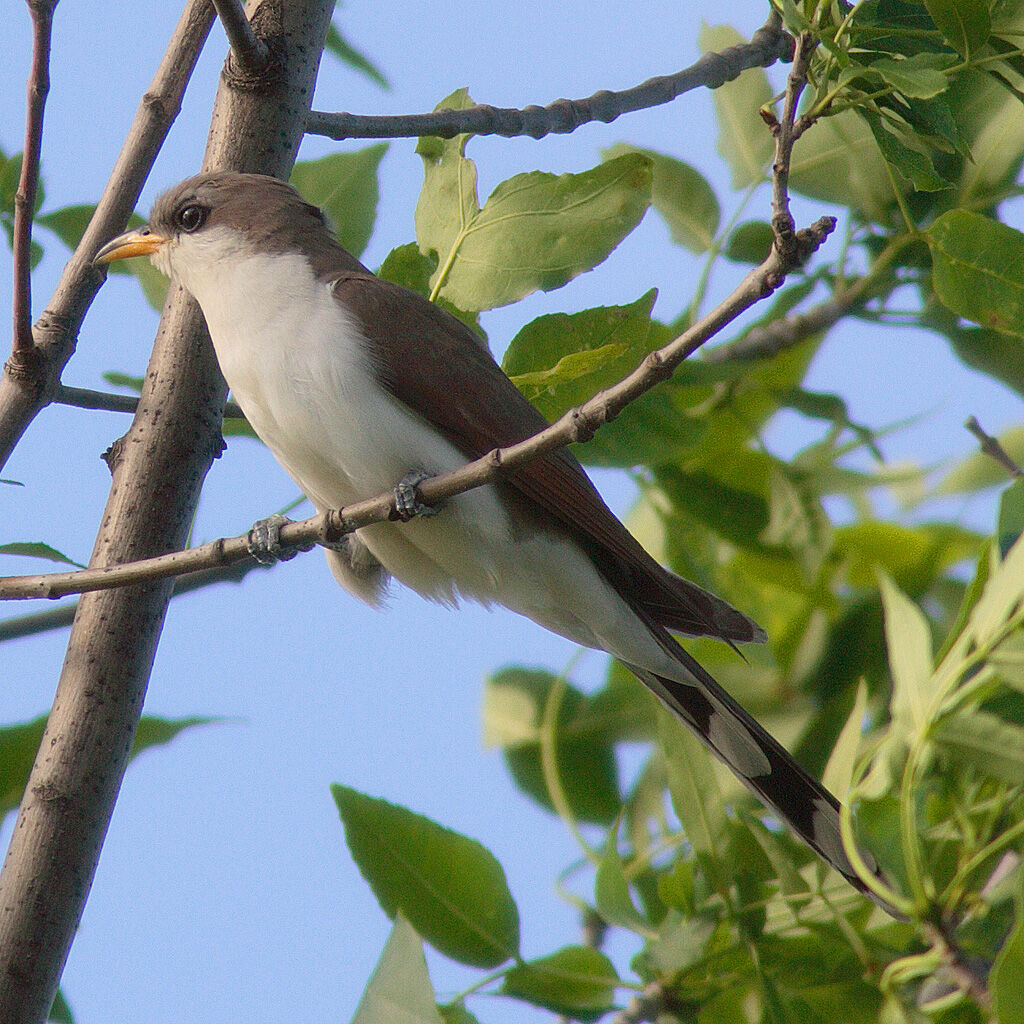 Late summer and early autumn are a season of change among bird families.

Nestlings have emerged and expanded their species populations. A variety of plumages appears as young birds display their juvenile feathers, and many species are molting their adult plumage, often with significant color changes. However, the voices of most adult bird species evolve into familiar sounds. The songs of each species are taught to the immatures by male adults; but their calls are innate, based on genes.

How is it that so many birds sing or call their name? Their names have been given to them in human languages, inspired by what the bird sings or calls.

My inspiration for playing with bird voices and bird names are the two species of Cuckoos you may hear in Vermont. There were European Cuckoos centuries ago, so Europeans heard similar birds in North America and applied the same name. Here the two are close relatives, in the same genus: Coccyzus. More often heard than seen, these cuckoos sing their versions of “cuckoo.” The Yellow-billed Cuckoo is a sleek, handsome bird about 12 inches long, with a white-spotted tail, rusty-colored wings, and yellow mandibles. These sing a soft “coo-coo-coo-coo” for long spells. The Black-billed Cuckoo, also sleek, is gray and brown with black mandibles. Their song is of 3 to 5 “cu,cu,cu” syllables, paused, and then sung again.

Both cuckoos are most likely heard in late, hot, humid summer days and nights. They are especially active in the evenings feeding on caterpillars and other insects. They’re both rarely visible in the dense foliage they inhabit – treetops, dense shrubs, or woodland edges. Both are likely to devour tent caterpillars on fruit trees and shrubs, and they’ll also seek gypsy moth caterpillars on the foliage of oaks and other trees. The range of the Yellow-billed barely reaches northern Vermont; the Black-billed range extends into southern Canada. Very recently, both species have been singing their cuckoo songs in our neighborhood since mid-August.

This season also welcomes south and east-bound migrants that arrive and mix in the NEK collection of bird voices. So this is the time of year to listen to the birds if you can’t sort, see, or identify them. Here are many that speak their names:

*North America has eight species of Chickadees, but of these, only four species call out “chick-a-dee” in their pronunciation. Both species that live in the Kingdom, the very common Black-capped Chickadee and the rare Boreal Chickadee, speak their name. Two others, the Carolina Chickadee south of the New England border and the Mountain Chickadee of the Rockies and call a recognizable “chick-a-dee”.

*The familiar Eastern Phoebe sings its “fee-bee” around our homes, but out west Say’s Phoebes don’t say “phoebe,” nor do the far-west Black Phoebes.

*Like the Phoebes, there are eastern and western flycatcher Wood-Pewees. Our Eastern Wood-Pewees sing “pee-a-wee” in woodlands. I often whistle to mimic its song and we enjoy a cheery conversation.

*Blue Jays are named because of their sharp, loud calls “Jay!...Jay!…Jay!” though they have a remarkable vocabulary that ignores their name including clear flute notes, mimicry of hawks, and emphatic shriek calls.

*Over several decades ornithologists have adjusted the classification of Canada Geese by separating a population of much smaller geese with similar plumage. These are listed as a separate species called Cackling Geese, very apt for their high-pitched and chatting tones of cackling. These are seldom seen in Vermont, but, like Canada Geese, they arrive this season from the far north.

A bird often seen along New England shores is a black-headed gull widely distributed along the Atlantic coast. This is the Laughing Gull because it can generate a loud, laugh-like call, but they truly laugh only whenever they smile!

Another New England beach bird can speak its name. The Willet is a large brown-gray sandpiper that works the very edge of the tide while calling “Will, will, willet!” along with sharp, single notes.

New England’s Atlantic coast is marked by salt marshes among the most productive environments in North America. Tall cordgrass (Spartina), the dominant plant in the salt marsh, hosts crabs, small fish, insects, snails, and birds. A large salt marsh bird is the Clapper Rail, a chicken-sized, but quite secretive denizen in large marshes and their edges. This bird evokes a sound that is, indeed, like clapping, but its namesake is produced not by wings but by voice.

Brilliant musicians Louis Armstrong, Herb Alpert, Miles Davis, Dizzy Gillespie, Wynton Marsalis, and Chet Baker together could not make a messy sound as bad as a family of Trumpeter Swans. These huge birds blast trumpet-like notes but they’re among the loudest and least musical of wild bird song. We won’t encounter them here. They are located only at unique isolated wetlands from Ohio to Alaska.

Hummingbirds, of course, hum a lot but not with their light, chippy voices. All hummingbird species don’t sing it; they wing it.

Some birds of mid-continent grasslands in prairies and hay lands are known for speaking their names. The small American Pipit is one of those most likely to sing its name. They usually offer a two-syllable “pip-pip” when on the ground or also in the sky. This species is found in Vermont in the late weeks of autumn where the pipits find plowed grass fields with late insects. Another prairie bird that shows up occasionally in New England is the Dickcissel, a handsome relative of cardinals and buntings. Dickcissels rarely appear in northeastern states, though some wander when they should be migrating south. The best bet for seeing one here is to watch your winter seed-filled bird feeders. A black and yellow pattern on the head distinguishes the Dickcissel, as does its song (“dik-dik-dik” with a buzzy “cissel”) repeated on a perch.

The handsome Yellow-breasted Chat is in its sole genus and has its range. In New England, it is found only in southern Connecticut and Rhode Island. But when heard, its name is evoked by its chat of grunts, whistles, babbled notes, any time day or night.

Two secretive species in the family of the Nightjars can be heard in the eastern woodlands at night. In New England, Whip-poor-will calls are heard now, though less often. Similarly, further south of Virginia, you may hear a Chuck-will-widow. These names are not true English phrases, they are simply human articulations of the voices of these birds. There are others, in other languages, but unlikely. It’s hard to imagine a shorebird saying, “American Oystercatcher” or one that voices “Semipalmated Sandpiper” or perhaps in Arizona a “Greater Pewee!” contradicting itself.