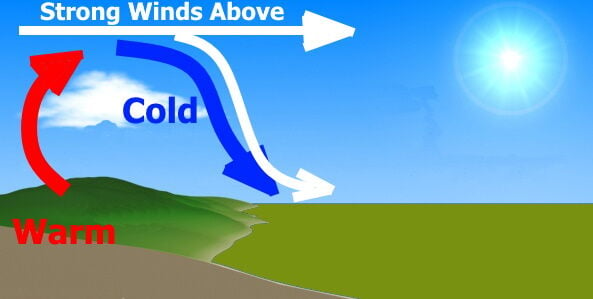 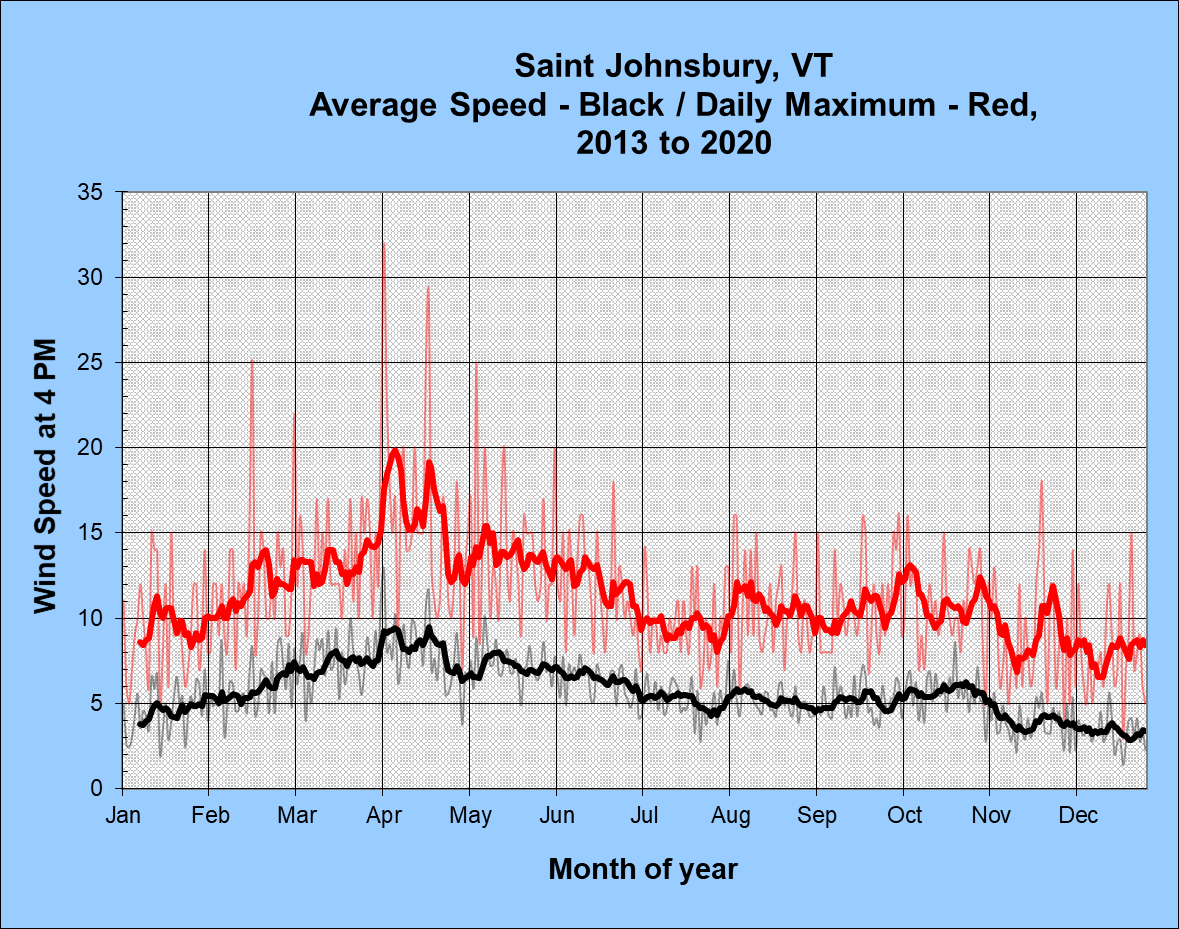 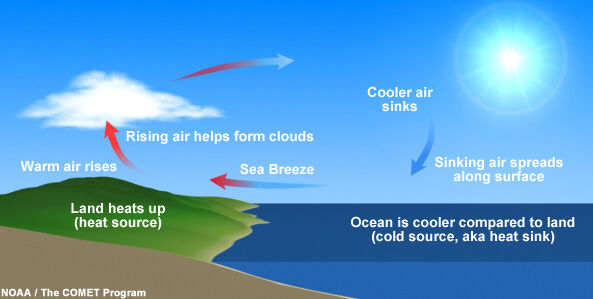 Spring has sprung, though it can sometimes bounce us in sudden and unexpected ways, whether you are talking about a backroad or a driveway in mud season, or the erratic behavior of the weather as it lurches back and forth between the remnants of winter, and the promise of spring.

When you think about the weather in April, what comes to mind? Are you anxious for that first day in the 60s or 70s, when the strong spring sun coaxes the crocuses out of their winter slumber? Are you resigned to the inevitable late-season snow that keeps your optimism in check? What about the transition through mud season, which sometimes finishes in warmer, south-facing locations, while it’s just getting deep where the back road winds through some dense evergreens?

As I continue to analyze the weather records at the Fairbanks Museum, one aspect of April weather surprised me. April features the windiest weather of the year, on average.

This is based on some developing statistics at the museum. About a decade ago, Dr. William Fingerhut had recently retired from the Atmospheric Science Department at Lyndon State College (now Northern Vermont University – Lyndon) and became a dedicated volunteer at the Museum. He not only converted the Museum’s long weather record into digital form, but he and I have developed a complex system to analyze the data, giving me even more insight into our region’s weather.

However, some of the records remain as hand-written logbooks and represent some 40 years of more detailed observations, including cloud cover, humidity, atmospheric pressure, and wind. I was recently converting some of these records into digital form when I noticed a trend regarding wind speeds throughout the year. The easiest way for you to see it is to look at the chart (Figure 1).

As the chart labels explain, we are looking at the wind speed at 4 p.m., measured daily throughout the year. There are fainter lines in the background, which are daily values, but you can see some heavier, bolder lines over the top of them. These are what are called seven-day moving averages. You take seven days of data, average it to get a value. You then shift or “run” that seven-day period forward one day, and create another average value. What this does is smooth out the data, but it still shows the basic trends and changes. The top line represents the highest wind speed for that calendar day, while the lower line gives us the average wind speed for all the years of data.

Both running averages show a pronounced peak in April. My initial question is, “why April?”

Let’s start with some basics about wind. Wind, the horizontal movement of air, actually comes from a larger circulation in the atmosphere involving temperature differences. This happens on scales ranging from local breezes to global circulations. As the atmosphere warms, the air becomes less dense, or lighter than the surrounding air, so it rises. Colder air, being more dense and thus heavier, sinks. As this circulation encounters the Earth’s surface, the rising air lifts, while the cooler, more dense air moves sideways to take its place. That is wind. (see the diagram from NOAA Figure 2)

On a global scale, the density of the air affects the air pressure from one location to another. The cooler, more dense air results in higher pressure. This air pushes toward the warmer, less dense air, creating wind over much larger areas.

Throughout the year, most of our wind comes from the primary interaction between regions of higher and lower pressure. The strength of these systems increases during the colder weather months, when there is a greater temperature contrast both from north to south over land, and from the differences between the land and the ocean. This same contrast develops in the upper portions of the Earth’s atmosphere, mainly due to the lack of sunlight in the polar regions, and the excess of the sun near the equator.

By April, the warming that develops to our south as the Sun climbs higher into the sky, contrasts considerably with the lingering cold of winter to our north, creating greater temperature differences and consequently pressure. This increases the wind speeds. Not all locations see their strongest winds in April. I explored many sources of information, and found, for example, that Burlington, VT experiences its strongest winds in November and December, possibly the result of the average storm track still north of the region, enhancing the south winds that are funneled through the Champlain Valley.

One factor that might create our strongest winds in April is the increased sunlight. While the winds above us are still strong from their north-south contrast I mentioned, the stronger sun heats the Earth’s surface creating convective air motion (rising and sinking due to temperature). As the warmer air reaches some of the stronger winds above us and cools, the cooler air sinks, but also pulls some of those stronger winds down to the surface. (Figure 3).

One cautionary note – this is based on 8 years of data, which might not capture the details as accurately as a longer period of observations. Hopefully, by adding the hand-written records into our digital record, we can analyze and gain further insight into our local climate. Until then, “The answer is blowin’ in the wind," according to Bob Dylan.