The KCP Presents Performing Arts Series, produced by Catamount Arts, is pleased to present The Telling Project’s gripping new documentary theater initiative “The Same Moon,” in two Northeast Kingdom locations. Presented in association with Highland Center for the Arts, The Telling Project’s “The Same Moon” will show on January 18th in Lyndonville and on January 19 in Greensboro.

The Telling Project launched in 2008 in Eugene, Oregon, when a group of military veterans and their family members created a performance group to share their stories directly with their communities. The idea was simple: provide groups within a community the opportunity to talk and listen to each other. Ten years and 70 performances later, The Telling Project has fostered an ongoing, growing conversation among tens of thousands of people about military service and the role of the military in American society and the world.

In 2016, The Telling Project worked with Afghan and Iraqi refugees, who shared the stage with US military personnel who’d served in their countries. In 2019, The Telling Project launched its latest initiative, “The Same Moon,” creating opportunities for immigrant and refugee populations to share their stories of migration with their communities. 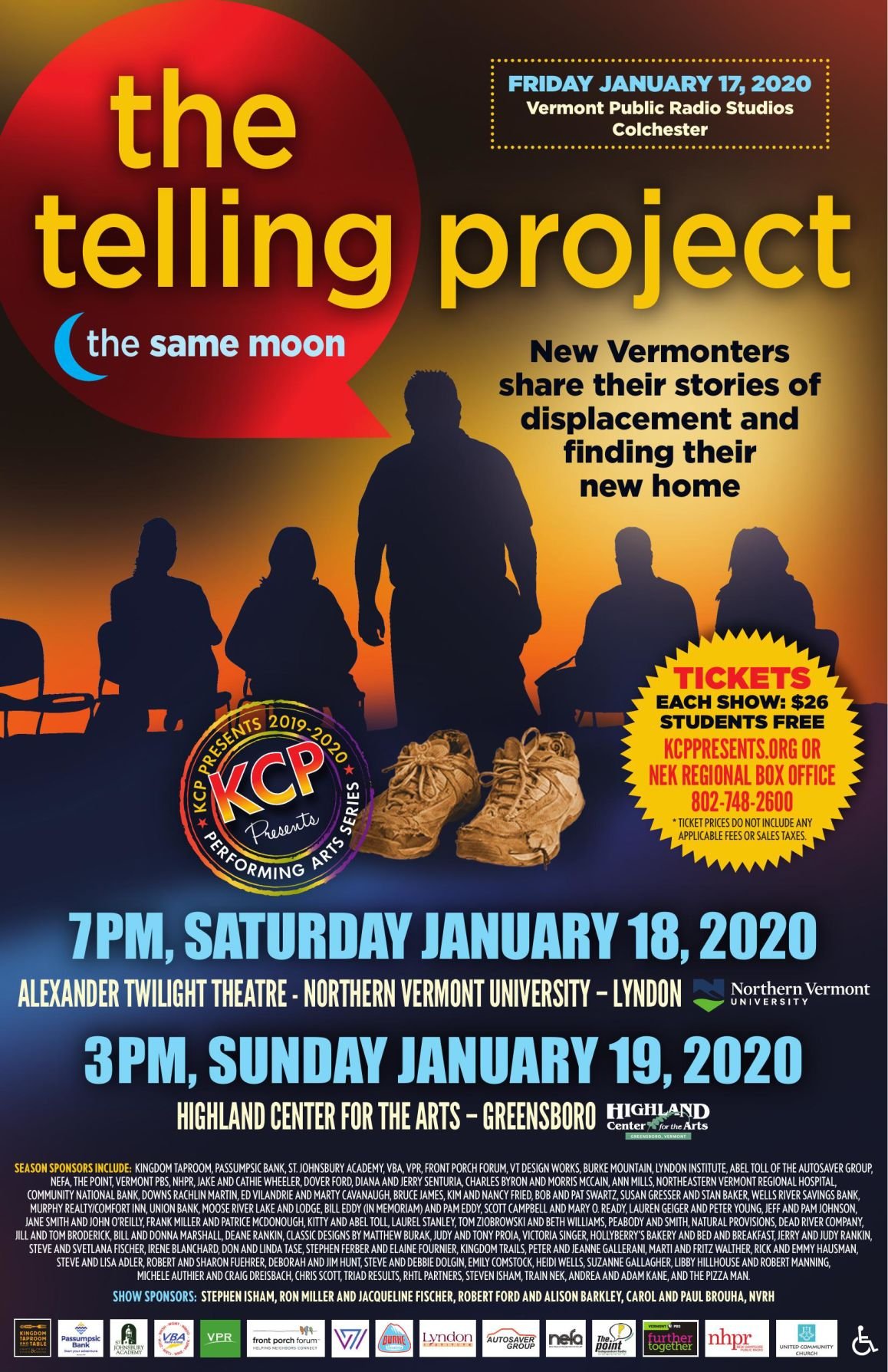 During late summer and early fall, KCP Presents has worked with The Telling Project to meet with Vermonters who have powerful migration experiences to share. The resulting dialogues have been developed into a documentary theater script and are currently in rehearsals for two January showings: at NVU-Lyndon on Saturday, January 18, and at the Highland Center for the Arts in Greensboro on Sunday, January 19.

The story of displacement is a universal human story. Whether in generations past, or in their own lifetimes, every American citizen bears the legacy of displacement – an experience that has impacted and unites us all. Whether displaced through forces beyond our control, through choice, or even through the acceleration of cultural and technological evolution around us, all humans are marked by adaptation and re-orientation. Understanding this helps us understand ourselves.